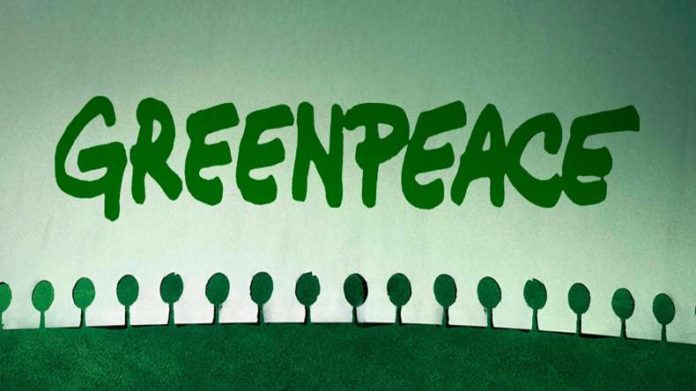 New Delhi: At a press conference in Washington on June 30, the celebrated noble laureates came together in huge numbers to urge the governments around the world not to pay any attention to Greenpeace’s campaign against Golden Rice. This is for the first time that the environmental non-governmental organization (NGO) is facing the fire from the top scientists of the world.

In India, the Greenpeace’s registration was earlier cancelled by the government in April, 2015 by citing reasons such as undermining of national interest and unrelenting campaigns against various government programs. However, the Madras High Court had later in November, 2015, given relief to Greenpeace by staying the order.

Read the contents of the letter to the Greenpeace and the names of the 107 signatories below:

The United Nations Food & Agriculture Program has noted that global production of food, feed and fiber will need approximately to double by 2050 to meet the demands of a growing global population. Organizations opposed to modern plant breeding, with Greenpeace at their lead, have repeatedly denied these facts and opposed biotechnological innovations in agriculture. They have misrepresented their risks, benefits, and impacts, and supported the criminal destruction of approved field trials and research projects.

We urge Greenpeace and its supporters to re-examine the experience of farmers and consumers worldwide with crops and foods improved through biotechnology, recognize the findings of authoritative scientific bodies and regulatory agencies, and abandon their campaign against “GMOs” in general and Golden Rice in particular.

Scientific and regulatory agencies around the world have repeatedly and consistently found crops and foods improved through biotechnology to be as safe as, if not safer than those derived from any other method of production. There has never been a single confirmed case of a negative health outcome for humans or animals from their consumption. Their environmental impacts have been shown repeatedly to be less damaging to the environment, and a boon to global biodiversity.

Greenpeace has spearheaded opposition to Golden Rice, which has the potential to reduce or eliminate much of the death and disease caused by a vitamin A deficiency (VAD), which has the greatest impact on the poorest people in Africa and Southeast Asia.

The World Health Organization estimates that 250 million people, suffer from VAD, including 40 percent of the children under five in the developing world. Based on UNICEF statistics, a total of one to two million preventable deaths occur annually as a result of VAD, because it compromises the immune system, putting babies and children at great risk. VAD itself is the leading cause of childhood blindness globally affecting 250,000 – 500,000 children each year. Half die within 12 months of losing their eyesight.

WE CALL UPON GREENPEACE to cease and desist in its campaign against Golden Rice specifically, and crops and foods improved through biotechnology in general;

WE CALL UPON GOVERNMENTS OF THE WORLD to reject Greenpeace’s campaign against Golden Rice specifically, and crops and foods improved through biotechnology in general; and to do everything in their power to oppose Greenpeace’s actions and accelerate the access of farmers to all the tools of modern biology, especially seeds improved through biotechnology. Opposition based on emotion and dogma contradicted by data must be stopped.

How many poor people in the world must die before we consider this a “crime against humanity”?