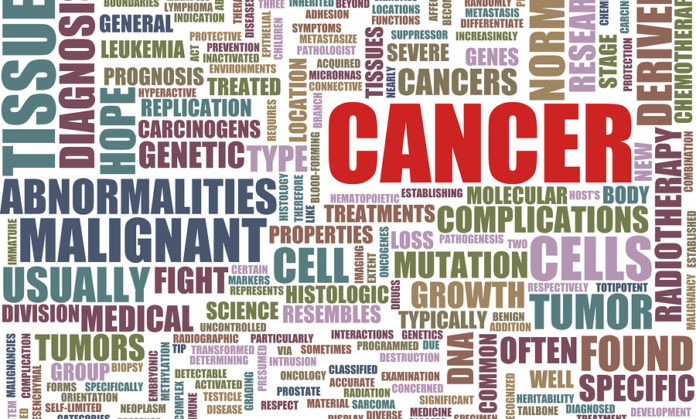 Thiruvananthapuram: The rising number of cancer cases in India is a cause of concern. With nearly 1.5 million new cases, cancer has emerged as a major health challenge. This number is predicted to nearly double over the next two decades. Surprisingly, the number of cancer cases among women is more than men in India. This is unlike the rest of the world where men are diagnosed with more cancers. Breast, cervical, ovarian and uterine cancers make up more than 70% of cancers in women.

The burden of the disease affects not only an individual woman but has a larger societal impact in her role as a mother, wife and daughter. A recent report in the journal Lancet Oncology titled “Harnessing genomics to improve outcomes for women with cancer in India: key priorities for research” discusses the challenges in utilizing the advances in genomics for cancer care, and also solutions by adapting the power of the technology in an Indian context.

In a healthy body, cells are constantly dying and being replenished in a delicate balance called homeostasis. When this exquisite balance is disturbed, it leads to cells growing in an uncontrolled fashion resulting in a mass of cells we commonly call a tumor. This unchecked growth of cells results from changes in the normal genetic sequence in our cells. Since cancer is mainly a disease of corrupted DNA (Deoxyribose Nucleic Acid) or genes, it is essential to understand the changes that occur in the blueprint of life. Once we understand what is wrong, we can then devise drugs and therapies to correct the errors. This is the Holy Grail in cancer research.

While we understand the disease a lot better than we did a century ago with survival rates in some cancers as high as 90% now, we have challenges that are unique to our country. Though the number of cases detected per year in India is less than the West, the number of deaths (or mortality rate) is high. Less than 30% diagnosed will survive longer than five years post diagnosis. This is due to a combination of factors such as lack of an integrated health care system, accessibility of affordable health care in remote areas, lack of education and awareness on cancer amongst others. In addition, there seem to be key differences in the presentation of the disease in the West and India. For example, the peak age at which breast and ovarian cancer is detected in women in India (45-50 years) is around a decade earlier than in high income countries where these cancers occur after 60.

In order to understand these challenges and address them in a constructive manner, a consultation was convened by major stakeholders in cancer research in India in 2016. The main objective was to understand how research can help in diagnosis, screening, prevention and treatment of cancer in the Indian context that is critical to improving women’s health. Specifically, the experts also addressed the use of advanced genomic technology tailored to provide solutions in a vast and complex country with a 1.2 billion population.

Building research programs and infrastructure was also an important component of this discussion. For instance, research into families with strong predisposition towards having breast, cervical and ovarian cancers could reveal any genetic links which allow doctors to screen and catch the disease at an earlier stage in such high-risk families. Indian society is very often defined by irrational fears about cancer. Though there has been much progress made to dispel myths surrounding the disease, it will also be important to understand how the common person views genetic testing in order to make it effective as a screening tool.

The study highlights issues that need to be addressed in an urgent manner for us to be able to fully exploit modern technology to address India’s cancer epidemic. It will be critical to decipher how the disease progresses in different regions in the country. Key issues include the ability to collect data from a number of hospitals (multi-centric) and across different regions in India. This will allow us to figure out if there are major differences in the way the disease develops in different regions, as well as in urban and rural populations in India. Clinicians can then tailor their treatment based on different needs of a particular region. In order to achieve this, we need to explore the diversity in the number of cancer cases, environmental risk factors and genomes across different regions in India. Critical to success will be the ability to collate all this data in a systematic manner in a national database which can be readily accessed by researchers and healthcare practitioners.

Though research efforts in multiple centers are commendable, we still have a long way to go in terms of funding and infrastructure to unlock the potential of advanced genomic technology in making the lives of millions of women cancer patients better.

About Author: The writer is a Ramanujan Faculty Fellow at the Rajiv Gandhi Centre for Biotechnology, Trivandrum.

Rahul Koul - June 21, 2021
398
This edition of Chat with BioVoice features Suneela Thatte, Vice President & Head, R & D Solutions, IQVIA India who believes that the demand for faster and better drug development brought on by the pandemic is only going to accelerate the adoption of digital technologies........................