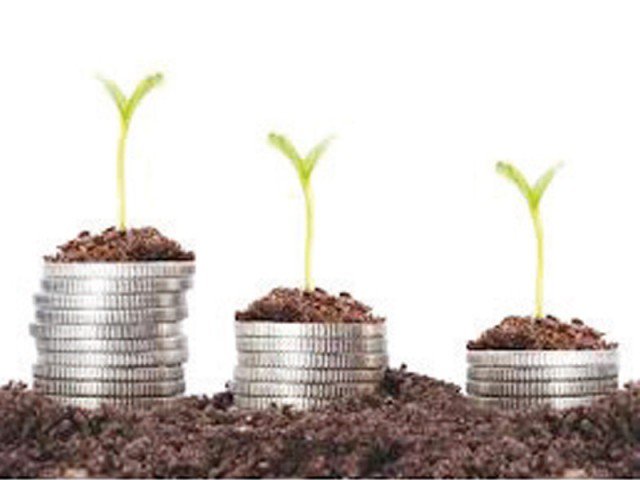 New Delhi: The Central Statistics Office (CSO) has released the Advance Estimate (AEs) of GDP and GVA for the country’s economy for the year 2017-18.  The GVA of ‘Agriculture, Forestry, and Fishing’ for the year 2017-18 has been estimated at 2.1 percent compared to 4.9 percent in the preceding year 2016-17.

Following the release of AEs, the Ministry of Agriculture & Farmers’ Welfare (MoAFW) has had a quick deliberation on the growth rate for the Agriculture sector to strategize on ensuring that the year 2017-18 ends up with a much higher growth rate.

The components of the economic activity ‘Agriculture, Forestry and Fishing’ and their respective approximate GVA shares include Crops at 60 percent, Livestock at 20 percent and Forestry & logging at 8.5 percent, Fishing and aquaculture at 5.5 percent.

Further, crop sector includes both agriculture and horticulture, of which foodgrains are predominant.

The Advance Estimate released by CSO are based on the data on crop coverage and estimated production shared by the Directorate of Economics & Statistics (DES), Ministry of Agriculture & Farmers’ Welfare.  The DES has shared data on area coverage and production for the Kharif 2017-18 in respect of foodgrains, oilseeds and commercial crops, based on their compilation by the month of August, 2017.  These Estimate by DES are largely eye Estimate by state governments.

The Ministry of Agriculture is of the opinion, that the lower coverage of area by August, 2017 on account of delayed onset of monsoons has caused a poor reflection compared to the actual positive field situation by December, 2017.  The Estimate also indicate that despite a lower or negative share of crop sector in the GVA computation of Agriculture, based on August 2017 status the growth rate still worked out to 2.1 per cent.  This is a manifestation of higher growth rates in livestock and fishery sectors, the other two components.  As seen thus, even by August, 2017 the estimated production of livestock and fishery was very positive and by December, crop the dominant sector has bounced back. If this amended and actual field situation are taken into account in computation of the GVA for Agriculture sector as a whole, its growth rate can be estimated to be much higher than the Advance Estimate of 2.1 per cent.

The Agriculture Ministry is optimistic about achieving a high growth rate because, according to it, the Rabi, 2017 is showing a very good performance in addition to good Kharif, 2017.  By 5th January, 2018 the area coverage under Rabi is 58.6 million ha., which is a very good progress. Considering that the Rabi sowing continues upto first week of February, the total area under crops and resultant production will be very good.

In totality, the crop segment in 2017-18 is expected to compare more favourably than the five year average of area coverage, said the Ministry’s note to press.  Further, the Ministry expects to consolidate the record production achieved during the year 2016-17, by focusing on realizing higher productivity.  The credit made available for the year 2017-18 is as high as Rs.10 lakh crore compared to Rs.9 lakh crore in the year 2016-17.  The Ministry says it has been pursing with all the state governments to enhance the availability of credit to the farmers which is a critical input for achieving higher productivity.

The agriculture ministry in its press note stated further: “It is also important to note that the Advance Estimate for the year 2017-18 comes on the back of a very robust GVA of 4.9 percent in the previous year. Considering that crop segment constitutes a dominant component of the GVA computation, its performance is very critical. However, with inelasticity of land where there exists little scope for increase in the average coverage, productivity enhancement assumes importance. Crops in particular and agriculture, in general, are highly dependent on monsoons and the overall status of weather.”

It added further: “Even small variations in weather tend to influence agriculture adversely, as seen for example, in the area coverage by August 2017. The Ministry has, therefore, been focusing on achieving higher productivity in all the segments including crops.  It is confident that its initiatives including soil health card, NFSM, MIDH, PMKSY, PMFBY, e-NAM, higher credit basket and management of all other inputs including fertilizers, besides a robust PMFBY for crop risk cover will help in achieving higher productivity.  Many states have already made requests for procurement of Kharif produce, inclusive of pulses & oilseeds.  The requests have come from various states, namely, Gujarat, Maharashtra, U.P., Karnataka, Andhra Pradesh etc.  The Ministry has already approved procurement proposals worth 22 lakh metric tonnes.  This far exceeds the last year’s procurement.  In addition, Madhya Pradesh is undertaking its own operations under Bhavantar Bhugtan Yojana.  Further, requests for Tur (Arhar) procurements will start pouring in from Karnataka, Telangana etc.  where the crop growth is highly robust and high productivity is expected.  Such high demands from states for procurement is indicative of high productivity being realized during Kharif 2017.”

“The Agriculture sector can, therefore, be expected to register a much higher GVA for the year 2017-18, when final estimate figures are released, mentioned the release.

Note: This news is based on a release by the agriculture ministry.