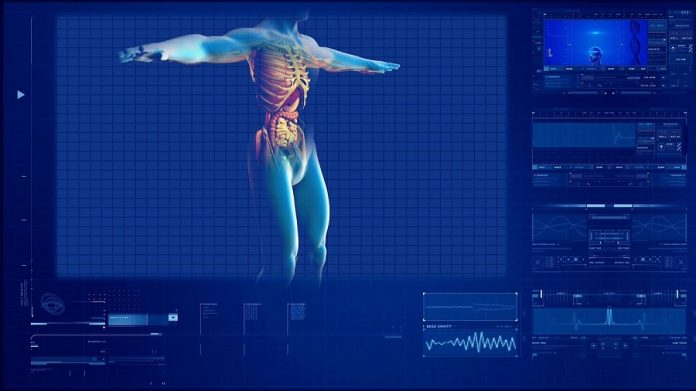 Pune: Close to two and half years ago, a scientist decided to turn into an entrepreneur to work towards his goal of developing a game-changing technology to detect Tuberculosis. Behind the motivation was the years of research work on the deadly disease by Dr Dhiman Sarkar, Senior Principal Scientist, Council for Scientific and Industrial Research’s National Chemical Laboratory (CSIR-NCL), Pune, who has 81 publications and 47 patents to his credit.

The result of the initial intense deliberations between him and his co-founder, the lecturer turned entrepreneur, Mrs Manikankana Sarkar Bandyopadhyay led to the formation of a startup, Annweshan SciTech, on 13th January 2015. It was followed by the immediate steps towards developing the prototype of the product based on the years of research by Dr Sarkar.

One of the important aspects of TB being so deadly is the large number of “missed-out” cases during testing, because of which these suspected TB patients do not receive timely treatment.  The founders also believe that a lack of understanding between so-called experts about the usefulness of conventional methodologies in evaluating any novel, game-changing diagnostic technology has been a drawback. To circumvent this problem, Dr Sarkar discovered a novel method of detection in the year 2011. He tried it on suspected TB patients, and encouraged, by the preliminary results, decided to setup Annweshan SciTech to bring affordable TB diagnosis to the common people.

Dr Sarkar discovered a novel method of detection in the year 2011. He tried it on suspected TB patients, and encouraged, by the preliminary results, decided to setup Annweshan SciTech to bring affordable TB diagnosis to the common people.

Commenting on the need for a better diagnostic tool for TB, Manikankana mentions, “Tuberculosis is killing people every day throughout the world. According to a WHO report prepared in 2015, India is amongst the top 30 high burden countries. One of the problems was found to be “missed-out” cases during detection,” she continues, “So with our novel and simple technology, as developed through research, we wanted to help suspected missed-out cases of TB.”

Slow yet steady towards the goal

Over the past two years, Annweshan has generated data on approximately 1800+ samples, going beyond what was required for their BIG project. The primary focus at this moment is the second phase of data generation, which is critical to the validation process and in line with the requirements for the successful commercialization of their disease detection kit.

However, it wasn’t all smooth sailing for the company to get to where it is today. The company was founded in 2015 under the Lab2Market program of Venture Center with the BIG grant from DBT-BIRAC and assistance from BIRAC’s partner, IKP. During this time, Venture Center helped them with creating a business plan and model, and with the technology transfer process from CSIR-NCL to Annweshan.

However, as is common with startups, the early days were quite chaotic and frustrating, with limited resources and finances. Among the key challenges faced by Annweshan during this initial period was a less-than-ideal lab space. “Our challenges were further compounded by the lack of an easily accessible BSL3 facility in Pune; thus, we had to spend a whooping sum for outsourcing and on travelling,” she reveals. However, after every initial struggle, there is always a silver lining, and the good part is that now the company has a concrete lab-space to work from.

Over the past two years, Annweshan has generated data on approximately 1800+ samples, going beyond what was required for their BIG project.

The founders appreciate the support of Venture Center during their initial struggle period in the form of guidance on the Bill Melinda Foundation Scheme, framing of HR and procurement policies, and negotiations and dispute resolution. However, their expectations remain high, and they look forward to more support from the incubator to help them get stabilized and develop the product on time.

Asked to comment on their experience with BIRAC, Manikankana mentions, “While our initial funding support has come from BIRAC, we found the lack of follow-on funding from BIRAC a bit intriguing!” Given, the importance and potential market of a reliable and affordable TB diagnostic in India, the founders now look forward to follow-on funding from other DBT and DST grants along with investor funding, all of which have been elusive uptil now.

The TB diagnostic market size in Brazil, China, India, South Africa was worth approximately $480 million in 2013, which is 46% of the global market (Global Market= $1.03bn). The founders say that India’s market size for the product is 25% of global requirements. Their revenue expectation by the 4th year (2021) of marketing is approximately INR 80 crore and INR 149 crore for India and globally respectively.

As per the founders, their lab-based prototype of the novel, rapid, point-of-care, low-cost, instrument-free TB diagnostic kit is ready. They are now gearing up for approvals from the Central Drug Standards Organization (CDSCO). Prior to that, they would be preparing for large-scale validation by third party auditors. The Annweshan SciTech team is confident that if all the things including their financial support expectations fall in place, the patent-protected product could be launched in India within 6-8 months from now.

“The product will be comfortably priced for common people as well as private sectors,” says Manikankana while pointing out that if their technology is accepted in the Revised National Tuberculosis Control Program (RNTCP), then needy people will have access to it free-of-cost.

“Our product can contribute majorly to the worldwide tuberculosis eradication program, as early stage detection of the disease is critical,” Manikankana signs off on a confident note. And in tune with the Indian spirit of entrepreneurship, highly optimistic one must say!