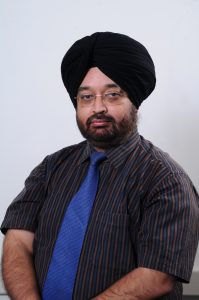 About Author: Dr Barinder Pal Singh is a consultant Urologist with Columbia Asia Hospital – Patiala. He has more than 20 years of experience and was previously associated with Batra Hospital & Medical Research Centre and JIMPER, Pondicherry. His interests are in LASER prostatic surgery, retro grade intrarenal surgery and and minimally invasive surgery for urological problems.

The second most common cause of cancer among men, prostrate cancer is also the sixth leading cause of cancer-related death in men globally. With rising life expectancy, the burden of prostate cancer is expected to grow significantly to 1.7 million new cases and almost 5 lakhs deaths by 2030. The carcinoma of the prostate gland has often been considered a disease of the western world since its incidence has traditionally been higher in high-income countries. However, with changing lifestyles and increasing life expectancy, the rate of prostate cancer is growing rapidly in India. According to estimates, the prostate is the second leading site of cancer among men in larger Indian cities like Delhi, Kolkatta, Pune etc. In rest of the Indian population, it is believed to be ranked among the top ten leading sites of cancers.

Yet this trend of increasing disease incidence has not accompanied a corresponding increase in the levels of awareness.

What exactly is prostate cancer?

The prostate is an exocrine gland of the male reproductive system, which sits directly under the bladder. It is through the prostate that the urethra – the tube carrying urine and semen out of the body – goes through. Besides producing a fluid that forms part of the semen and protects the sperm, the prostate gland also plays a role in urine control.

The risk of developing prostate cancer increases exponentially with age.  Almost 70 % of all prostate cancers are diagnosed in men over the age of 65.  Other risk factors include race and ethnicity: Men of Asian descent have a lower risk towards the disease as compared to men of Caucasian and African ethnicity.

Prostate cancer can be treated in a significant number of cases. In some cases, the progression of this disease is so gradual that patients even manage to live several years without any treatment.

Apart from age, ethnicity, family history and smoking, inherited genetic mutations also raise the risk of prostate cancer. Families with inherited mutation in the tumor-suppressing BRCA1 or BRCA2 genes have a higher risk of breast and ovarian cancers in women and prostate cancer in men.

How is prostate cancer diagnosed?

Early prostate cancers usually don’t cause symptoms. Prostate-specific antigen (PSA) blood test is the primary screening tool to detect the presence of prostrate cancer in asymptomatic men. According to American Cancer Society, men with a PSA level between 4 and 10 have about a 1 in 4 chance of having prostate cancer. However, PSA is an indicative not a definite test for prostrate cancer. A final diagnosis is made only after conducting a prostrate biopsy.

Early detection implies diagnosing of cancer before it has spread outside the prostate gland. When the latter happens, it becomes difficult to cure. Symptoms of the disease often occur at the advanced stage, by when it is often too late to successfully treat it. At the same time, treatment modalities required to treat advanced-stage prostate cancers often have serious side effects such as erectile dysfunction. This is why doctors recommend preventive screenings for people who fall in the higher risk category.

While some researchers have suggested that preventive screening of prostate cancer through PSA test can reduce the risk of cancer-related deaths by detecting the cancer at an early stage, other studies have found that preventive screening with PSA entails the risk of harm by over-treatment. In a significant number of men, prostrate cancers are almost harmless or have a  very gradual rate of progression. If undetected, such patients often continue to live healthy, productive and asymptomatic lives for several years. On the contrary, treatment with chemotherapy, radiation or surgery in such men may have more negative consequences and may even shorten their lifetime. Given the fact that this disease mostly occurs in men above 65 years of age, some experts believe that such harmless prostate cancers are better left undetected and untreated to avoid unnecessary treatment and the consequences thereof.

The mantra is, speak to your doctor about risk factors after 60 years of age and make informed decisions about screening and symptom identification.

Symptoms of prostate cancer may include:

Can you lower your risk?

Since the exact cause of prostate cancer is not known, we do not know any precise preventive measures that can definitively prevent this disease. However, following a healthy lifestyle is believed to reduce the risks of prostate cancer. It is also considered helpful in reducing the risk of aggressive prostate tumors.