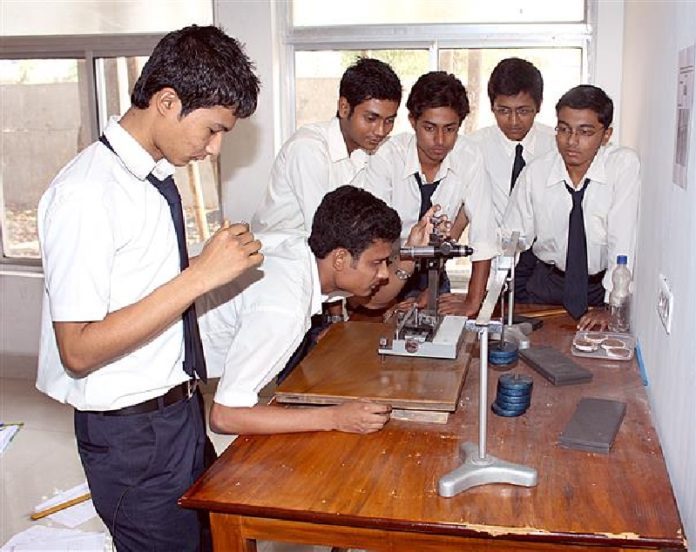 New Delhi: Atal Tinkering Laboratories is one of the three major initiatives under the Atal Innovation Mission (AIM). As part of the Mission, NITI Aayog will fund the establishment of 500 Atal Tinkering Laboratories in schools across India. AIM will also support the setting up of 100 Atal Incubation Centres and provide scale-up support to 10 established incubation centres.

To step up the implementation process of Atal Tinkering Laboratories, the NITI Aayog on June 15 held a detailed interaction with Principal Secretaries and Secretaries of School Education Departments from all States and UTs through video conferencing. It was led by NITI Aayog CEO, Amitabh Kant and Secretary, Department of School Education and Literacy, MHRD, Dr S C Khuntia.

During the hour long discussions, Mr Amitabh Kant explicated the importance of tinkering labs in schools to foster innovative spirit among young minds. “Atal Tinkering Lab will ensure that young minds give shape to their ideas through hands on do-it-yourself mode and learn innovation skills,” said Mr Kant. “This is the first time India is investing substantially in cultivating the spirit of innovation right from children in schools.” He urged states to disseminate all information pertaining to the labs among all schools in the state, thereby encouraging them to apply.

Key features of the scheme also include funding support of Rs 20 lakhs for each Atal Tinkering lab, providing required infrastructure and mentoring support by the private sector. The last date of submission of applications has been extended by a month to 17th July 2016, from June 17th 2016, as schools are currently closed for summer vacations.

Dr Khuntia appreciated NITI Aayog’s initiative to inculcate a sense of creativity and innovation and provide opportunity to students with limited resources. “Countries like U.K. have design labs in every school. India should also emulate such a model and incorporate tinkering in the curriculum,” he said. The success of this initiative would be crucial to set the stage for innovation and entrepreneurship in India.

Dr C Murali Krishna Kumar, Senior Adviser NITI Aayog, highlighted the need for schools to establish tinkering labs with sufficient space so that students from nearby schools, as well as out of school children in the vicinity of the lab are also able to benefit from it.

States were encouraged to provide inputs to improve the scheme. Suggestions from states included reduced requirement of space and enrolment of students in hilly areas. NITI Aayog assured them that their suggestions will be carefully reviewed and acted upon. Schools that have already applied will now have the chance to resubmit their applications before the extended deadline.