New Delhi: Tata Power, India’s largest integrated power company, has been working relentlessly towards promoting biodiversity and environment conservation at its facilities across the country. In continuation with this commitment, Tata Power has been associated with the Forest department of the Government of Maharashtra for its Afforestation Programme. The program was initiated to counter the increased pressure on the biodiversity found in the region due to growing human and cattle population. The project looks to preserve and enhance the biodiversity around the areas related to catchments of six lakes in the Western Ghats of Maval and Mulshi Taluka in Pune District. As the Western Ghats are known for being a biodiversity hotspot, preserving the catchments has become a National priority that Tata Power has extended its wholehearted support to.

Over the past 40 years, Tata Power has planted saplings of fast growing tree species, native to the Western Ghats on hill slopes of the lake catchments. The Afforestation programme was intensified in 1991 and continues till date. During the last 10 years, the focus has been on growing indigenous local tree species found in the Western Ghats. These plants are nurtured at the nurseries of Tata Power in Lonavala. This process is necessary to support the biological diversity in the eco-forest system and in turn restore the habitat for selected fauna.

The success of this initiative has therefore become imperative to the ecological improvement of the lakes and for the conservation of the flora, fauna and aquatic diversity therein. Tata Power plants around 9 to 10 lakhs of saplings annually at all its hydro catchment areas. The species selected include Saraca, Pongamia, Mangifera, and Caryota etc. for plantation as they are mostly indigenous forest species grown on the Western Ghats, which are slowly decreasing in numbers and need to be planted on a large scale to ensure conservation. 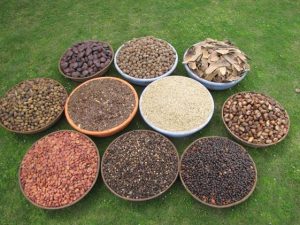 Due to Tata Power’s diligent efforts over 100 lakh saplings have been planted across different locations in the Hydro catchments in Maval and Mulshi areas. Thorough this effort Tata Power aims to make the area green and picturesque, with the hope that this will attract several species of Animals, Birds and Butterflies, thus ensuring that the Western Ghats continue to be known as a biodiversity hotspot across the globe.

Speaking on the initiative, Mr Ashok Sethi, COO and ED, Tata Power, said, “At, Tata Power we are always mindful of the environment we operate in. Through this activity, we aim to preserve and enhance the biodiversity surrounding our facilities in the Western Ghats. This will go a long way in ensuring that our future generations will enjoy the same amount of natural resources that we have enjoyed. As responsible custodians of our operating environment, we at Tata Power will strive to continue nurturing nature thorough the Afforestation Programme initiated by the Forest department of the Government of Maharashtra.”

“Concern about the environment is an international problem, the solution of which lies in the implementation of development initiatives at a local level. True to this principle, Tata Power has enlisted the help of rural women as well as college students in its plantation drives. This has provided rural women with income generation opportunities, while placing them on par with their male counterparts in awareness on environmental protection and conservation” he further added.

All the lake catchment areas are very important from the Biodiversity point of view and play an important role in maintaining the ecological balance in our Eco-System. Deforestation has also led to the extinction of certain valuable species of Flora and Fauna. The species that were found here but are now untraceable are the white-bellied Black Woodpecker, Malabar Trogon, Ceylon Frogmouth, Slender Loris and the Tiger. Others like the fairy bluebird, Nilgiri wood pigeon, and the Great horn bill, Indian blue robin, the Sambar and a few more have become scarce too.

The Striped Tiger Butterfly migration which occurs at downstream of Walwhan dam during February is an example of availability of food material and protection provided for attracting them.

As part of its efforts on Afforestation, Tata Power has initiated development of nurseries for indigenous & endemic forest species, medicinal plants and giant creepers, gifting grafted mango plants to villagers, plantation in continuous trenches for conservation of water and reducing siltation. It has also taken up awareness drives about prevention of forest fires, teacher’s training workshops in Environment Education Environment Education in Schools, and organizing environment fairs.

Rahul Koul - September 5, 2019
344
Mentioned Dr Alok Roy, Chairman, Medica Group of Hospitals in an exclusive interaction with the BioVoice where he shared his views on the issues surrounding healthcare sector in India.................

Rahul Koul - February 19, 2020
173
Mentioned Luca Visini, Managing Director, Eli Lilly & Company India in an exclusive interaction with BioVoice where he outlined the goals of his company driven by innovation including pursual of new drug development and working towards medicines reaching people at large through different channels.....................