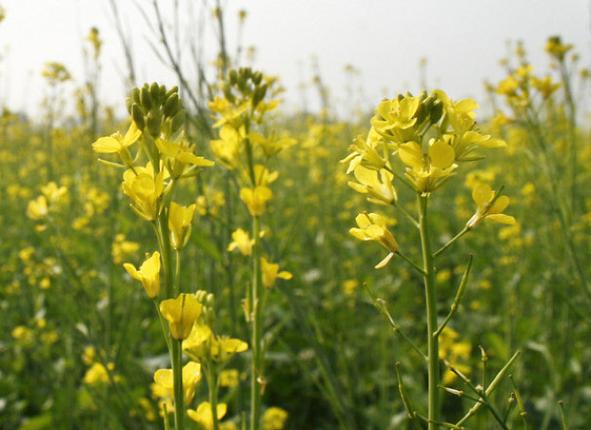 New Delhi: The scientific and academic community along with the developers of GM Mustard categorically refute unsubstantiated statements that commercial plantations of GM Mustard will affect India’s bio-diversity and pose a risk to animals, plants, beneficial insects (invertebrates) such as honey bees and birds that are responsible for farm pollination.

As per the statement from the Association of Biotechnology Led Enterprises- Agriculture Group (ABLE-AG) on 30th September 2016, the scientific and academic community consisting of leading luminaries was responding to the unfounded allegations being levelled against GM Mustard by so called Confederation of Bee Keeping Industry claiming that the number of bees had reduced dramatically after the introduction of Bt cotton. Not only is this claim completely baseless, it is also surprising that this is being raised for the first time since the introduction of Bt Cotton in India. It is important to note that Bt Cotton has been grown in Indian since 2002, in China since 1997 and in the US since 1995. Today GM crops are grown extensively across South Asia (including Bt Brinjal in Bangladesh). To date there is no scientific basis much less a study that highlights any adverse effect of a GM crop on honey bee populations in the south Asia region.

Puncturing a hole into these irresponsible claims, Dr Shivendra Bajaj, Executive Director, Association of Biotechnology Led Enterprises, Agriculture Focus Group (ABLE-AG) said, “We have been importing and consuming oil derived from GM Canola and Soybean for the several years, so what is the point of opposing GM Mustard? The sub-committee on GM Mustard has evaluated all bio-safety data and found GM Mustard safe. This safety assessment report also includes impact on non-target organism and beneficial insects and there is no difference between conventional and GM Mustard. So there is all reason to grow GM Mustard and reduce dependency on oil imports.”

The pollen viability of GM mustard, DMH-11, is similar to the parental (non-GM) line Varuna and has fully developed nectarines. In Biosafety level I and II trials, honey bees were observed to visit both DMH-11 and their non-GM comparators.

Dr Deepak Pental, Professor of Genetics, Delhi University South Campus, who is also the developer of GM Mustard said,“We have carried out all the necessary studies with respect to bio-safety of the GM Mustard hybrid DMH-11 and its parental lines. The report submitted by us to the MoEF clearly highlights all the safety assessment data. The issues being raised are to stop the use of genetic engineering technologies for improving crop productivity in the country. Creating fears on scientific developments amongst farmers and common man is unethical and not in the interest of development and prosperity”.

Excerpts from the bio-safety docket on GM Mustard placed in the public domain by the Ministry of Environment, Government of India highlights: ‘Expression of the introduced proteins, encoded by the barnase and barstar genes, is controlled by a tapetum-specific promoter and no expression is detected in the pollen. As a consequence, the exposure of the pollinating insects to these proteins is likely to be negligible.’

Dr R K Thakur, Project Coordinator, AICRP (Honeybees & pollinators), Division of entomology, Indian Agriculture Research Institute, New Delhi said, “Let people know that there are different mechanisms involving plant resistance to insect pests and this has no correlation with effect on regards to bees. Beekeepers should not get swayed away with activists advocating negative impacts on beekeeping without any robust scientific data on this aspect. We must support advances in science and should have regards for the scientists who have developed GM Mustard. Because of stringent biosafety regulations in the country, nothing can be released without evaluating ecological impacts.”

Dr Shanthu Shantharam, noted Biotechnology Regulatory affairs expert & bio-safety risk assessment specialist, currently Professor, University of Maryland (Eastern Shore) and formerly with the United States Department of Agriculture (USDA) said, “It seems the beekeepers have been put up as a front by the anti-GM activists in a desperate attempt to derail approvals for GM mustard.  This tactic has been played out by such groups in both Europe and to some extent in the US as well.  There is no scientific evidence to even remotely suggest that honey bees are affected by any GM crop, much less by GM mustard.  As a bio-safety expert, I would urge the regulatory authorities to base their decisions on scientific evidence only. India needs to reject this new ploy being played out at the behest of the anti-GM lobby that is meant to waste the time of regulators.”

Genetically modified (GM) plants and their impact on bio-diversity has been widely studied, both in Europe and the US and the results indicate that GM plants pose a negligible risk, if at all to bio-diversity. Independent studies as well cross-referenced studies have concluded that “Bt transgene products are very likely to be safe for honey bees and bumblebees.” Numerous other studies have also concluded that “the Bt Cry proteins used in genetically modified crops for control of caterpillar and beetle pests do not negatively affect the survival of honey bee larvae or adults in the laboratory.” Studies performed outside the agricultural industry show similar results.

Safety reviews specifically in relation to GM crops grown for the animal feed market conducted by three United States agencies — the Environmental Protection Agency, the Department of Agriculture, and the Food and Drug Administration have identified no risk to animals. More than 140 animal feeding studies designed to detect any unintended effects in livestock fed approved, commercial GM crops, have been conducted or are currently in progress. Many of these studies, conducted in Europe and the USA, compared the performances of livestock fed either GM crops or non-GM feeds, and have included dairy cows, beef cows, chickens, pigs, sheep and catfish. The GM crops studied included pest-resistant corn, and herbicide tolerant soybeans, corn and sugar beet. The conclusions from these studies were consistent, showing no detrimental effects have been found in livestock fed GM crops.