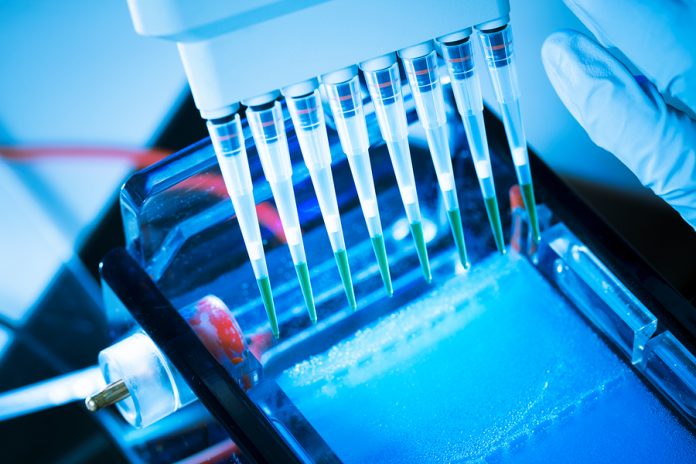 New Delhi: The year ‘2016’ had begun on a big note. A two-day Global Biotechnology Summit on “Destination India” was held on 5th and 6th February, 2016 at Vigyan Bhawan, New Delhi and inaugurated by Minister of Science and Technology, Dr Harsh Vardhan. The event showcased India’s Biotechnology strength and capacity and provided an opportunity to bring together all stakeholders to discuss opportunities, collaborations and to prepare a joint action plan for achieving the target of 100 billion US dollars for the Biotech sector by 2020.

It was followed by series of new initiatives and achievements by the Department Of Biotechnology (DBT), Ministry of Science and Technology, Government of India.

The National Biotechnology Development Strategy-2015-2020 is the direct result of formal and informal consultations over the past two years with over 300 stakeholders including scientists, educators, policy makers, leaders of industry and civil society, voluntary and non-government organizations, regulators and international experts. The consultations offered an opportunity to discuss and evaluate technological, societal and policy aspirations, critical success factors as well as barriers that will impede growth and put them in newer and broader perspective and action plan. A roundtable discussion was held with key stakeholders to discuss the roadmap for 2020.The key elements would be implemented in collaboration and partnership with Other Ministries, Departments, State Governments and international agencies towards achieving:

The Parliament passed The Regional Centre for Biotechnology Bill, 2016. The Bill establishes Regional Centre for Biotechnology, an institution of education, training and research, under the auspices of United Nations Educational, Scientific and Cultural Organization (UNESCO) in the National Capital Region and declares it as an institution of national importance. The Gazette of India notification has been issued.

The Vaccine Grand Challenge Programme is under implementation to encourage novel and innovative vaccine related discoveries, accelerated development of candidate vaccines. Some major achievements are:

(i). Rotavirus vaccine launched by Prime Minster : The first indigenously developed and manufactured Rotavirus vaccine ‘Rotavac.’from an Indian strain 116E was launched by the Hon’ble Prime Minister on 9th March, 2015. The indigenously developed vaccine will boost efforts to combat infant mortality due to diarrhoea. ROTAVAC developed in collaboration with Bharat Biotech under the Public-Private Partnership mode is efficacious in preventing severe rotavirus diarrhoea in low-resource settings in India. ROTAVAC significantly reduced severe rotavirus diarrhoea by more than half – 56 percent during the first year of life, with protection continuing into the second year of life. Moreover, the vaccine also showed impact against severe diarrhoea of any cause. The developed Rotavirus Vaccine at $1 per dose has been cleared for market license. Potential to prevent >500K childhood diarrheal deaths. The NTAGI of M/o Health & FW has approved introduction of the vaccine in EPI in a pilot mode.

(ii). Malaria Vaccine: Vaccine for falciparum malaria is under toxicology assessment (JAIVAC 2) and vaccine for vivax malaria has completed Phase I trial (JAIVAC 1).

(iii). Dengue Vaccine: The recombinant EDIII-based sub-unit dengue vaccine candidate is being developed in the form of VLPs using the yeast P. pastoris as an expression host.

As per the Joint Statement issued during visit of the Prime Minister Shri Narendra Modi to Japan in September, 2014, stem cell research was identified as one of the thrust areas for developing collaborative programmes between both the countries. The focus of the collaboration is on developing treatments for sickle cell anemia, β- thalassemia and brain disorders and creating haplobank relevant to our population in collaboration with CiRA, Kyoto University, Japan. Accordingly the Department formulated and  implemented an SFC proposal “Accelerating the application of stem cell technology in human disease” as Indo-Japan collaborative programme with four participating institutions from India, namely: inStem, Bangalore; NCBS, Bangalore; NIMHANS Bangalore; CSCR, CMC Vellore; & CiRA, Kyoto University, Japan as international partner.

(i). Development of Herbal Drug for Dengue Infection

A project at CDRI, Lucknow is being developed on regulatory studies of standardized extract of Butea monosperma for bone health (osteoporosis) to enable IND filing as phytopharmaceutical drug based on the research leads generated in earlier DBT funded project.

An indigenous process technology and pilot scale manufacturing unit for iron fortified rice has been developed through DBT support at IIT, Kharagpur. Pilot scale manufacturing unit with 100Kg/8h capacity has been commissioned. The rice is fortified through a process called extrusion in which dough made of rice flour, vitamin and mineral mix, and water, is passed through an extruder and cut into grain-like structures that resemble rice grains. This iron fortified rice premix matches with the normal rice kernel in shape and size, and when mixed with normal rice in the ratio of 1:100 it provides 50 per cent of recommended daily allowance (RDA) of iron. Clinical studies have substantiated that regular feeding for one year increases iron store and decreases anaemia, in school going children.

Impacting Farmers Lives through Science: A New farmer-centric programme with a major impact on rural livelihood announced on 26th Oct, 2016. The program is for demonstration and scale-up programmes -addressing water, soil, seed and marketing issues of local farmers with validated technologies. It is expected to create strong Scientists-Farmers Interaction Platform. Communication set up through radio and TV and connectivity through social media; Fellowships: thematic fellowship in the zone at science laboratories; Mahila Special solution-driven thematic fellowships to women farmers (Mahila Kisan Biotech Fellowship).

The call for proposals for this programme was issued and applications are being reviewed for support.

Rice variety Samba Mahsuri: With the support of Department of Biotechnology (DBT), Scientists atCentre for Cellular and Molecular Biology (CCMB) and Directorate of Rice Research (DRR) have jointly developed bacterial blight resistant Rice variety “Samba Mahsuri’ through Marker Assisted Selection and Backcross Breeding. The variety has so far spread to an area of 90,000 ha in the states of Tamil Nadu, Karnataka, Telangana and Andhra Pradesh.

Multi-locational field trials of transgenic silkworm resistant to viral disease- The transgenic silkworm resistant BmNPV infection has been developed and multi-locational field trials have been initiated after the approval of RCGM. The hybrids once introduced at commercial level will be a boon to the Seri culturists in uplifting their socio-economic status.

New programme for brucella-free villages- Launch of “Brucella Free Villages” was announced for implementation on pilot scale in 50 villages covering 10 states. Brucellosis is a zoonotic disease and causes economic losses of about Rs. 28000.00 Crores per year. Participants from 26 countries deliberated on brucellosis challenges in The International Conference was organized by DBT in collaboration with ICAR on Nov 17-19th. Three new Brucella diagnostic kits launched.

(i). Commercialization of technology for clean energy from agricultural waste– The First indigenous technology has been developed for commercial production of Ethanol from lignocellulosic waste at DBT – ICT Centre, Mumbai, a demo/pilot plant with a capacity of 10 tonnes biomass per day to produce 3000 L ethanol/day on a continuous basis has been set up at IGL, Kashipur. The Technology has now been transferred for commercialization to 2 OMC’s -Bharat Petroleum Cooperation Ltd and Hindustan Petroleum Cooperation Ltd. Each company will set up a 400 tonne plant to produce 100L tonnes of ethanol per day by 2018. This is expected to yield 3 crores litres of ethanol per year to meet national demands.

(ii). Biotech Options for River Cleaning – Biotechnology based research including demonstration project(s) on river cleaning has been taken up by DBT. Some innovative major projects on improvement of conventional wastewater treatment systems and development of new and innovative bioremediation technologies at the source point of industrial pollution are expected to be initiated by the Department.

(iii). Sanitation – A “Reinvent the Toilet Challenge -India” for developing proof of concept research in waste management was supported along with Gates Foundation and 100 bio-toilets are being installed for technology demonstration in North East India.

(iv). Biotech for cleaning of Barapullah drain- In pursuance of the POC between DBT and the Directorate General for Enterprise & Innovation, M/O Economic Affairs and Innovation, the Netherlands signed in November, 2011 and overall S&T agreement. Department and Netherlands organization for Scientific Research (NWO) an organization of Ministry of Education, Culture and Science, Netherlands and STW (Technology foundation) expressed interest in collaborating in the area of Water for Health. Under the call the proposal “Local Treatment of Urban Sewage Streams for Healthy Reuse (LOTUS)” was mutually agreed for funding. The project was officially launched at the Barapullah drain site on 8th September 2016 by the Dutch Ambassador and the Secretary, DBT. The project aims to demonstrate a novel holistic (waste-) water management approach, that will produce clean water that can be reused for various proposes (e.g. industry, agriculture, construction etc.), while simultaneously recovering nutrients and energy from the urban waste water, thus converting drain into profitable mines. Special attention will be paid to pathogen removal and removing conventional and emerging pollutants (which are only partly retained in the existing WWTPs). The DDA has agreed to provide experimental testing sites along the Barapullah drain where testing labs and the demonstration pilot plant will be established. The project will develop an innovative pilot scale plant, suitable to cope with Indian conditions in a location specific manner. The final design of the pilot plant will be scalable and modular, to fit into the highly populated urban terrain.

(ii). The Ramalingaswami Re-entry Fellowship was conceived with the idea of encouraging Indian scientists working outside the country (Indian Nationals), and who would like to come back home and pursue their research interests in life sciences and biotechnology and other related areas. During the last six years 247 overseas scientists were selected and 173 have already returned and joined various research institutes/ universities 27 scientists are likely to join in next six months.  50 scientists are selected every year. This has enriched the scientific pool of the country.

The programme has supported nearly 400 R&D projects, leading to more than 200 papers published in peer reviewed journals, and more than 450 young scientists of NER trained in advanced biotechnology. Every year approximately 70-80 projects under this flagship programme are being supported to NER.

Under the DBT, for a well-defined Innovation Ecosystem for product development – a Public Sector undertaking, Biotechnology Industry Research Assistance Council (BIRAC) has been set-up, supporting nearly 300 companies and 100 young entrepreneurs for innovation, research and product development. Further, the Biotechnology Translational research and industry academia partnership has promoted through 3 Biotech clusters, 8 Biotech Parks and 13 Bioincubators. Also, 25 Centers of Excellences have been created as a flexible model of long-term support for highly innovative, basic and translational research to create high quality state-of-the-art facilities for R&D. In addition over 60 programme support is being implemented to various outstanding research activities across the country.

Strategic S&T partnership with UK: During the visit of Prime Minister of the United Kingdom to India for India-U.K Tech Summit held at New Delhi from November 7th-9th, 2016; A Joint Statement was issued (India-UK Strategic Partnership looking forward to a renewed engagement: Vision for the decade ahead). The Prime Minister of the United Kingdom and India commended ongoing collaboration in biotechnology and made the following announcement for the Department of Biotechnology:

India is a Partner country for the ‘Mission Innovation’ (MI) which is an effort of 23 participating countries towards accelerating global clean energy innovation. This was launched on 30thNovember, 2015 during COP-21 in the presence of the Prime Minister. The Department of Biotechnology is the nodal agency for spearheading the mission’s objectives innIndia.  A delegation led by Dr Harsh Vardhan participated in the first ministerial meeting in San Francisco in June, 2016. The country’s R&D investment doubling plan was presented. Seven Innovation Challenges were announced during the COP-22 in Marrakech in November, 2016.