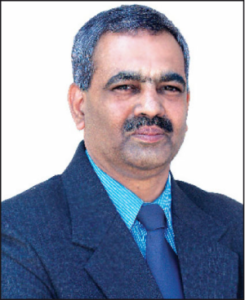 About Author: Mr Narayanan Suresh is currently the Chief Operating Officer of the Association of Biotechnology Led Enterprises (ABLE).  He is one of the India’s finest science journalists with over 30 years of experience in covering various subjects of scientific and related issues of importance. His current assignments include the challenging task of ensuring an orderly growth of the industry, increase the engagement levels within and outside the industry, set up a robust information sharing network, interface with policy makers, regulators and the wide range of stakeholders and make the organization the hub of activities for the hundreds of startups in the biotech sector.

These are some of the big announcements from two of India’s top biological manufacturers in the second half of July 2016. There also have been few significant moves by other biotech companies too in the last few weeks.

Serum institute’s Rs 2,000 crore is a significant milestone because it is going to stamp the country’s authority in the complex field of vaccine manufacturing in the global market. Dr Cyrus Poonawala’s Serum already makes a record 1.3 billion doses of various vaccines that reaches far corners of the developing world. With the new investment, the manufacturing capacity will be boosted by another 500 million doses annually. So Serum will make a whopping 1.8 billion doses of vaccines a year soon.

“Certainly India’s biotech manufacturers are coming off age. Already, India is a global leader in pharma manufacturing with more than 660 US regulator FDA approved facilities, making more than 320 different drugs for the US market. Only the US has more number of FDA-approved manufacturing facilities than India.”

And Serum will make a range of high cost adult vaccines which have much greater margins than its current set of pediatric vaccines procured mainly by global agencies for developing countries. It is a bold move by the company, not content with just picking up the low hanging fruits, to sell in the two markets that matter the most from a global branding perspective. Serum has targeted to release one new vaccine in these markets every year for the next few years.

Already a toast of the world for its vaccine manufacturing prowess, Serum is all set to take the Make in India campaign a notch higher from its Pune headquarters. This is a move that will be watched with great interest for other reasons. For, Serum is funding it fully from its internal accruals and it is a slap on the face of various investors who have not clearly understood the biological manufacturing model and hence reluctant to fund Indian biotech companies for such bold moves. They would rather invest in loss making e-commerce companies than a solid venture with 4 decades of global dominance in a highly niche segment that touches the lives of people around the world significantly.

Cipla’s Africa investment is also a typical Cipla move that shakes the global pharma industry in many ways. A decade ago Cipla took on the might of Pharma MNCs and introduced anti-HIV drugs at a fraction of the cost and increase the reach of these critical medicines to the people who need it the most but can’t afford costly treatments.

Since then Africa has been a significant market for Cipla’s wide range of generics.  Many Chinese and western companies in several sectors have been investing heavily in some of Africa’s fast growing economies in recent years.

There are 53 BioClusters around the world but Africa was a missing link in this global statement on biotech ecosystem making its presence felt in the world.

Cipla is all set to plug this gap in the global BioCluster Map and will set up Africa’s first biotech manufacturing facility at Durban in South Africa. Cipla’s big announcement came during the visit of India’s Prime Minister, Mr Narendra Modi, to South Africa in July 2016.

Certainly India’s biotech manufacturers are coming off age. Already, India is a global leader in pharma manufacturing with more than 660 US regulator FDA approved facilities, making more than 320 different drugs for the US market. Only the US has more number of FDA-approved manufacturing facilities than India.

Biotechnology companies like Serum and Cipla, along with 300 others are the core of India’s fast growing BioEconomy which has reached a size of $ 35.1 billion in 2015-16. ABLE, in a special study, made these estimates for the first time in June 2016.  The BioPharma sector account for slightly more than half of these numbers contributing $ 19 billion.

With the Modi government concentrating on increasing the ease of business for all sectors, biotechnology industry too is contributing in its own way to the national endeavor in spite many regulatory and policy hurdles that are pulling it back at every step on the forward path.