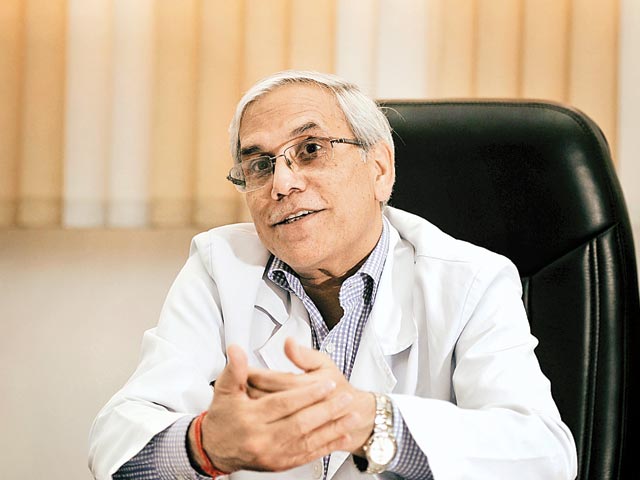 New Delhi: There is no need to panic much in the long-term about presence of potassium bromate and potassium iodate in the pre-packaged daily bread but excess of anything should be avoided, a top AIIMS official said at the Associated Chambers of Commerce of India (ASSOCHAM) event held in New Delhi on May 26th.

“It might pose some danger but no individual eats entire pack of bread everyday, majority of people eat a piece or two at the most, so in the long-term there is no need to panic much as has also been said by the FSSAI (Food Safety and Standards Authority of India),” said Dr M C Misra, Director, AIIMS Delhi while inaugurating an ASSOCHAM conference on ‘Health Security for All.’

“Usage of chemical additives in food items should be minimised and replaced with fresh food items like eggs, fruits, vegetables and other alternatives, besides one should eat everything in moderate quantity,” said Dr Misra.

“There should be no adulteration in food items and if it is there, it should be mentioned about on the packet,” he added.

The AIIMS Director also shared his views on the strike by resident doctors’ association FORDA (Federation of Resident Doctors Association) in Delhi for revision of 7th Pay Commission’s recommendations and an increase in their salaries and allowances.

“We also take up our issue related to 7th Pay Commission and we will do that, I feel the government should take care of hopes and aspirations of everyone and I understand that government is already thinking over this issue,” said Dr Misra.

He also suggested that government should launch a universal health service on the lines of UK’s National Health Service to ensure that every citizen of the country is covered as healthcare will not be possible without putting this in place.

“Everyone should get some insurance, everyone should pay for their health be it Rs 1 or Rs 10 a day as per individual’s capacity, and the government and taxpayers should contribute for people who cannot pay at all, as there is no other way to answer challenges being faced by health sector in India,” said Dr Misra.

“We have 130 crore people in India and if each one of us contribute only Rs 1 a day, you can imagine what we can gather and everybody is not sick at the same time, out of 130 may be 10 crore are sick, it is not very difficult to fund those 10 crore out of the funds we generate,” opined Dr M C Misra.

“Majority of people are looking for free healthcare without paying a single penny, which is causing problem,” further said Dr Misra.

Dr Misra also suggested that healthcare should become one of the main topics during elections as health nowhere falls into the priority of citizens. “Unfortunately, in India we have never voted-out or voted-in any government which has done better or which has not done enough on the healthcare front.”

Quoting certain figures, he said that AIIMS saw almost 3.3 million patients in 2014, 22 per cent of these patients were from Uttar Pradesh (UP), 11 per cent from Bihar, 11 per cent from Haryana, Punjab, Jharkhand and others and that there is a similar state in all Central and Delhi government hospitals.

“When I had joined AIIMS in 1980, number of patients coming from UP was very-very small, but it has increased tremendously in last over 20 years because the healthcare facilities in the government/public sector in UP has gone down,” said Dr Misra.

He added that many of these people come to hospitals in Delhi to get reasonable quality treatment which should be guaranteed as minimum treatment that is available for anyone who needs it across India.