New Delhi: On behalf of the Indian biotech led seed industry, the ABLE-AG has demanded that the government should present a budget with a strong focus on promoting and encouraging agri-research and innovation.

In his budget expectation comments, Dr Shivendra Bajaj, Executive Director, ABLE-AG, mentioned,“The Indian economy is at an inflection point today. The government is tasked with reviving domestic consumption and enable job creation to revitalise a growing economy. The rural economy has an important role in enabling this. In India, 50 percent of rural households depend on agriculture and the well-being of the rural economy is directly linked to improving farmer livelihoods. But the economic well-being of the Indian farmer is also linked to better and cheaper access to capital and insurance, improved access to infrastructure, as well as the freedom to choose new agricultural technologies including seeds and new agriculture services.” 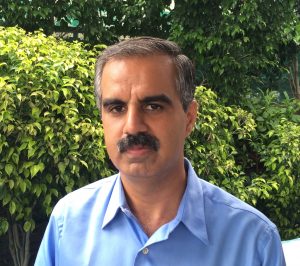 “Saddled with the responsibility of ensuring the food security of the nation, and battling the ill-effects of climate change, increased pest attacks and other problems, the Indian farmer is still being denied access to modern seed technologies that his compatriots from neighboring countries and in other parts of the world have access to. The countries in the Asia Pacific region are increasingly embracing agricultural biotechnology, while we are still debating the merits of it,” said Dr Bajaj.

He further added that the 2017 budget needs to set this wrong right by providing incentives to improving agricultural research within the country.  “Given their contribution and the future potential to impact the agricultural economy, public and private agricultural research institutions, seed companies and agriculture universities should be incentivised to increase their agricultural biotechnology research to create even newer and more modern seed technologies. This will not just help create better quality seeds that can, in the words of Prime Minister Modi, enable an ‘ever-green revolution’, but will also help create new IP, reduce expensive imports, increase local jobs and even provide a fillip to the agriculture manufacturing sector.”

“While this was a big miss in Budget 2016, we are hopeful the government realizes this and makes adequate provisions for this in Budget 2017,” Mr Bajaj concluded in the statement issued on the behalf of ABLE-AG.