New Delhi: The insights from the BioVoice Biotech Student Perception Survey reveal that 67.8 percent of students chose the biotechnology as a career due to their fondness of the subject whereas 13.2 percent thought they would become entrepreneurs, and 9.9 percent were hopeful of a good salary and life. The rest of 12.1 percent were not much sure about it. On the question of reasons behind their decision to choose biotech as a career route, 80.2 percent students said it was their own decision, 11 percent were motivated by friends and 8.8 percent by teachers. Interestingly none were under parental pressure.

To the question on whether the students still wanted to pursue higher degrees in biotechnology, the 70.3 percent replied in affirmative as they feel that the future could be good. 14.3 percent said they are confused and 9.9 percent said they have no idea. Rest of 5.5 percent clearly regret taking the subject.

On being asked if they are satisfied with the biotechnology education system in India, 37.4 percent replied in negative while 31.9 percent are positive about it. 24. 2 percent consider it as bad and 6.5 percent thought it is worse.

The next question that was asked to the students was whether they were aware about the Biotech Consortia India Limited and the fresh consultations by it over new syllabus. The 59.3 percent of the students said they haven’t heard about it at all. 36.3 percent were aware but didn’t participate in the exercise. The 63.7 percent feel that the biotechnology be introduced as separate subject at school level. 22 percent say that would be too early and 11 percent don’t feel there is any need to do so.

Among the other basic questions was whether the practical laboratory was well equipped to provide the students with hands on training? The 41.8 percent said they had all the necessary equipment in the lab. 34.1 percent pointed to presence of only few instruments whereas 20.9 percent said it was just the basic infrastructure. 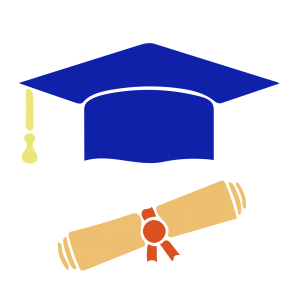 The 44 percent of students said that they took up or are interested in taking post doctoral studies abroad to gain international exposure. 33 percent prefer to stay back in India irrespective of any benefit abroad. 15.4 percent said they were or are interested only in making monetary gains aboard.

On the question of enough availability of career options for an average biotech student in India, 67 percent feel that there are not many, 14.3 percent feel that various barriers act as hindrance, 13.2 percent feel there are plenty of them. The 45 percent hadn’t attended any campus recruitment by companies, 38.5 percent said they never got a chance at all. 11 percent chose only once as the option.

When asked about the biotech industry in India, 49.5 percent said they were aware while rest of 45.1 percent were aware to the some extent. Among the various names, Dr Kiran Mazumdar Shaw emerged as the favourite icon with 65.9 percent students voting for her. The students were very clear when asked which company they would prefer among few top choices. Whopping 67 percent were clear about the Biocon being their first choice followed by 8.8 percent for Syngenta. Rest of them were fragmented into Bharat Biotech, Quintiles, Serum Institute etc. The clear tilt towards industry among the young blood was visible as less than 3 percent opted for PhD. Might be because a choice was offered in the first place.

Entrepreneurship gets a big thumbs up

The 47.3 percent of the survey participants said they want to be entrepreneurs. The 38.5 percent said that they would certainly prefer entrepreneurship if they get the right environment and chance. 8.8 percent were undecided. On being asked about the Biotechnology Industry Research Assistance Council (BIRAC) and its University Cluster Programme, 50.5 percent replied in negative. 34. 1 percent had only heard about BIRAC and 12.1 percent had heard about the University Cluster but not the BIRAC in detail

One thing is very clear from the survey. The students seek encouragement and clear roadmap for a better education system where the thrust is more on communication and industry oriented programmes. Let us take you through the outcome.

1. Why did you choose biotechnology as a career?

2. Who was behind your decision to choose it?

3. Do you still want to pursue higher degrees in biotechnology?

4. Are you satisfied with the biotechnology education system in India?

5. Is there a need for drastic change in the biotech curriculum?

6. Are you aware about BCIL and the fresh consultations by it over new syllabus?

7. Are there enough career options available for an average biotech student in India?

8. Which is the top biotech company you aspire to work for?

9. Should the biotechnology be introduced as a separate subject at the school level?

10. Are you looking at going abroad for post-doctoral research as the most easy option to:

11. Is your practical lab well equipped to provide hands on training?

12. Have you attended any campus recruitment by biotech companies?

13. Are you aware about the biotech industry in India?

14. Who is the most inspiring biotech personality for you?

15. Have you heard about BIRAC and its University Biotech Cluster program?

16. What is better: Make in India or Imported biotech products?

17. Do you want to be an entrepreneur?

18. How do you define innovation?

19. Finally, what does word ‘Modern Biotechnology’ mean to you?

Note: The Biovoice News would like to thank those Indian biotechnology students who spared few moments to give us their valuable feedback in this survey. Also, appreciate your support in the form of emails received by the Editor.