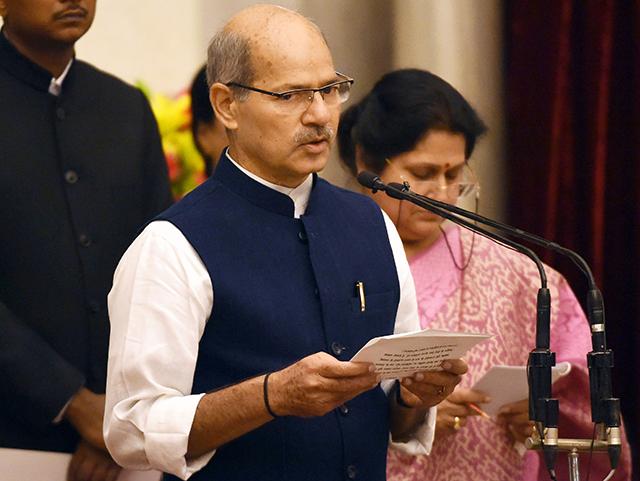 New Delhi: Mr Anil Madhav Dave, Member of Parliament representing Madhya Pradesh in the Rajya Sabha since 2009, took oath on July 05 as Minister of State at the Rashtrapati Bhavan (President’s House). Mr Dave has been allocated the Ministry of Environment, Forest and Climate Change (Independent Charge) by the Prime Minister of India.

It would be interesting to know what does the new environment minister think about genetically modified crops and their regulations. Would he take a decisive call on many controversial issues or prefers to keep them in cold storage like his predecessor, is a big question which the industry might be thinking of at this juncture.

At the same time, Mr Dave has been known as a grassroot worker with a huge connect with rural settings. His huge experience can come handy as far as overall handling of the ministry is concerned.

On the personal front. as an author, Mr Dave has written several books both in English and Hindi. Prominent among English is ‘Beyond Copenhagen’. ‘Srajan Se Visarjan Tak’, ‘Chandra Shekhar Azad’, ‘Sambhal Ke Rahna Ghar Mein Chhupe Hue Gaddaro Se’ and ‘Shatabdi Ke Paanch Kale Panne’ are some of his books written in Hindi.