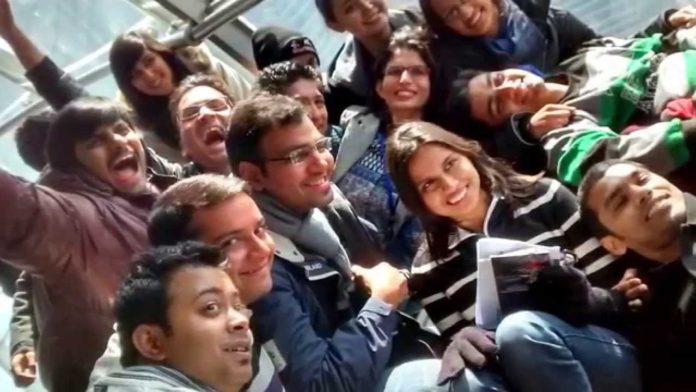 Evidence shows that behaviours that start in adolescence can determine health and wellbeing for a lifetime. Establishing healthy behaviours early in life could change the course of NCDs within a generation, according to the report, Addressing Non Communicable Disease Risk Factors Among Young People: Asia’s Window of Opportunity to Curb a Growing Epidemic, by Toshiko Kaneda and Reshma Naik.

This policy report comes just on the heels of a World Health Organization (WHO) report released two days ago emphasizing how big of a problem NCDs are in the region, and in India specifically. Without lasting lifestyle changes, NCDs will result in a large number of premature deaths. Already, Indians have a 26 percent chance of dying prematurely between the ages of 30 and 70 due to the four major NCDs. NCDs account for 60 percent of all deaths in India, according to the WHO.

The report highlights that while India is taking relevant steps to address the health issues caused by harmful substances such as tobacco by introducing health warnings on tobacco packs, banning and restricting advertisement, promotion and sale, raising taxes to make them less affordable and accessible to the public, there is an urgent need to focus even more on fostering healthy behaviours among India’s youth that will have lasting impacts.

Other changes are needed to tackle unhealthy diet and lack of physical activity. The report recommends strengthening regulations governing the food industry such as setting maximum salt, sugar or saturated fat content in food products, food labelling, and taxes on soda.

The Population Reference Bureau’s report was funded by the AstraZeneca Young Health Programme (YHP). The YHP was founded in partnership with Johns Hopkins Bloomberg School of Public Health and Plan International, with local NGO partners to positively impact the health of adolescents in marginalised communities worldwide through research, advocacy, and on-the-ground programs focused on NCD prevention.

The authors of the report also suggest the creation of safe public spaces and infrastructure for sports, active transport, and other forms of physical activity; the introduction of effective school-based interventions on diet and physical activity; and involving young people, families, schools, and communities in addressing the issue of physical inactivity and unhealthy eating.

Unhealthy diets and too little physical activity contribute to overweight and obesity and consequently to NCDs such as type-2 diabetes, CVD, strokes, and certain cancers. The food processing industry is one of the fastest growing sectors of the Indian economy and accounts for about 50-60 percent of the sugar, salt and fats consumed, making it challenging to encourage healthy diets among young people. Further, seven of every 10 boys and girls in the 13-15 year age group in India get too little exercise, meaning less than 60 minutes per day. More than one in five of them is overweight or obese, placing them at a high risk of developing NCDs.

“We live in an age of convenience where people, both in urban and rural India, are increasingly eating processed food and fast food, leading to a rapid increase in the obese population.” Dr Anand Krishnan, Professor – Centre for Community Medicine, AIIMS, New Delhi, said upon release of the report. “Aggressive marketing of these foods sets eating patterns for life from early childhood.” He noted that international burger-pizza chains are not the only culprits; even Indian fast food chains are serving unhealthy, high calorie foods. “There is an urgent need for both the government and private sector to adopt an integrated approach and work in close coordination to identify effective solutions and reduce the NCD burden of the nation,” he said. “The threat of obesity looms large at adolescence and needs to be nipped right then.”

Among 13- to 15-year-old secondary school students in India, 19 percent of boys and 8 percent of girls have used a tobacco product in the past month. Most of this consumption is of non-commercially produced cigarettes—tobacco products like bidi, an inexpensive hand-rolled cigarette made of unprocessed tobacco wrapped in leaves. Products like these are relatively affordable, poorly regulated and easily obtained from street vendors and kiosks. Smokeless tobacco products like chewing tobacco and snuff are commonly used and in some places are used more than cigarettes. The rising popularity of e-cigarettes is another concern, as these do not produce tobacco smoke but may still contain nicotine and other harmful substances. These devices are marketed to youth and are easily available online.

“Myriad varieties in which tobacco is available in Asia, makes tobacco a very versatile product for adolescent and young people. Easy access to unregulated products like e-cigarettes and hukkah further exacerbates their vulnerability”, said Dr. Monika Arora, Director: Health Promotion Division and Associate Professor, Public Health Foundation of India at the Conference. She further added, “Strong tobacco control policy measures in some countries e.g. India, Nepal and Sri Lanka have set best practices for the region and the globe. India needs to step up enforcement of tobacco control policies to provide full protection to young people and introduce innovative prevention and cessation solutions to meet one of the NCD targets of 30% reduction in tobacco use prevalence by 2025 that the country has adopted.”

Asia has relatively low levels of alcohol consumption compared to Europe and the Americas, but alcohol use is increasing as social trends shift and marketing efforts target countries with rising economies and large numbers of young people with disposable income. In many Asian countries, less than 10 percent of 13- to 15-year-old

secondary school students have used alcohol in the previous 30 days. But in the Philippines, Thailand, Vietnam and Taiwan, the rates among boys are 20 percent or higher.

India has a window of opportunity to promote healthy behaviours among its 253 million adolescents and to curb their risky behaviours so that they will grow into healthy, productive adults and to lower the future NCD burden. Sanjay Murdeshwar, Managing Director, AstraZeneca Pharma India Limited said, “This report establishes the urgent need to encourage the young to adopt a healthy lifestyle. It is critical for us to implement interventions in early stages to prevent NCDs since they impose a huge personal, social and economic cost on us. AstraZeneca’s Young Health Programme enables us to provide young people with the information they need to protect their health now and in the future.”

The Population Reference Bureau informs people around the world about population, health, and the environment, and empowers them to use that information to advance the well-being of current and future generations.