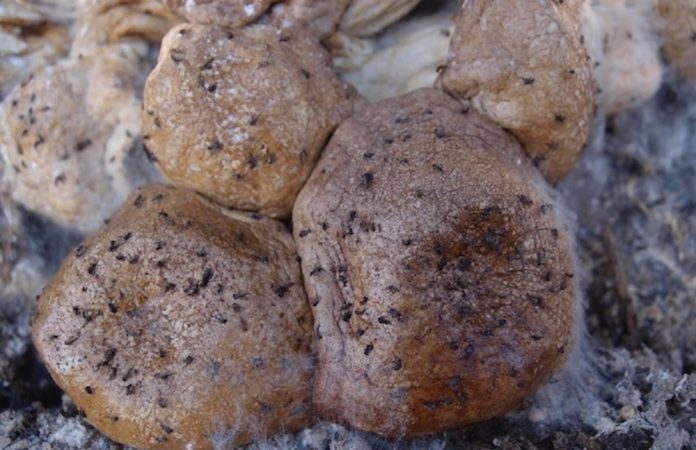 New Delhi: The Biotic stress refers to diseases, insect – pests and weeds which affects adversely the normal growth of living organisms (plant, animals, and human beings). It requires conducive interaction among the host, pest and environment. Such stresses can causes losses even up to 100 percent in the year of epidemic and the most infamous example was epidemic of  brown spot of rice in 1943 (Helminthosporium oryzae), causing the Great Bengal Famine, in States of West Bengal, Bihar and Odisha. The historic devastation caused death due to starvation of about four million people.

Pests and pathogens evolve continuously and rate of evolution speeds up if environment becomes congenial. Thus, change in environment is key factor for emergence of new races of pathogen, minor diseases of insect-pests become major biotic stresses. Elevated Co2, a greenhouse gas responsible for climate change, can increase levels of simple sugars in leaves and lower their nitrogen content. These can increase the damage caused by many insects, who will consume more leaves to meet their metabolic requirements of nitrogen. Thus, any attack will be more severe. Higher temperatures from global warming, mainly due to elevated CO2, will mean that more numbers of pests will survive the winter season.

The Agriculture Minister, Mr Radha Mohan Singh recently chaired the In- Session meeting of the Consultative Committee of the Ministry of Agriculture and Farmers Welfare on “Emerging biotic stresses as a challenge under changing climate” in New Delhi. Mr Singh said that while there is clear evidence that climate change is altering the distribution of animal and plant pests and disease, the full effects are difficult to predict. Changes in temperature, moisture and atmospheric gases can fuel growth and generation rates of plants, fungi and insects, altering the interactions between pests, their natural enemies and their hosts. “Changes in land covers, such as deforestation or desertification, can make remaining plants and animals increasingly vulnerable to pests and diseases. While new pests and diseases have regularly emerged throughout history, climate change has now resulted in emergence of large number of unknown biotic stress challenges in the environment,” he said.

Pests of Plant, continue to be one of the biggest constraints to food and agricultural production. They cause on an average an annual loss of more than 40 percent of the world’s food supply, thus posing a threat to our food security.

Climate change exercised impact resulted in either emergence of a new biotic stress, alteration of a minor stress as major challenge or domestication of an invasive pest into another country.

Few of the immediate  strategies to strengthen agricultural biosecurity and to ensure efficient management of biotic stresses as suggested by the agriculture ministry are:

(b) Enhanced use of cutting edge technologies and tools like MAS, transgenic and advanced molecular tools to accelerate the process of development of biotic stress resilient organisms.

(e) Forging regional and global cooperation on issues related to biosafety and biosecurity.

Dr Trilochan Mohapatra, DG, ICAR and Secretary, DARE also gave presentation on the issue during the meeting. Agriculture minister directed the officials to incorporates the suggestions given by the members on the issue and to speed up the research on pest control, pesticides etc.