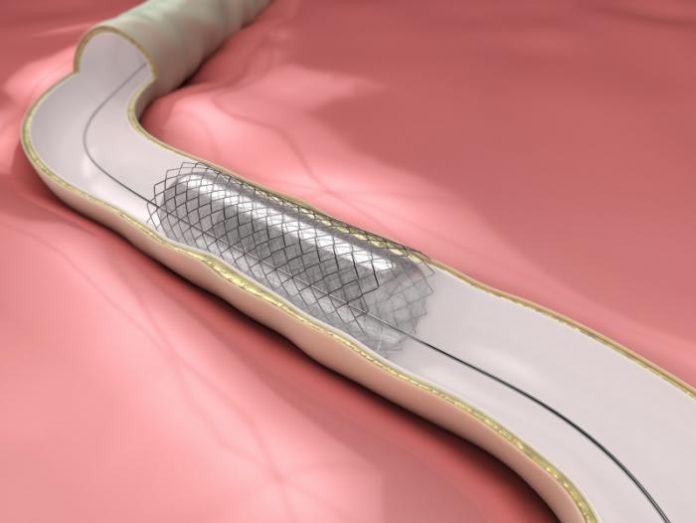 New Delhi: The National Pharmaceuticals Pricing Authority (NPPA) has fixed the ceiling price of drug-eluting stents (DES) and bioresorbable stents at Rs 30,000 and that of bare metal stents at Rs 7,500 effective from notification on February 14th.

The medical technology industry in a much obvious reaction has called the move as disappointing. While the medical device multinationals, the majority of whom are importers, are very much miffed at the order, the indigenous industry too feels that the action is bereft of any logic.

The Association of Indian Medical Device Manufacturers (AIMeD) had suggested the stent’s average price to hospitals to be the basis for arriving at a price band and had maintained that anything less than Rs 40,000-50,000 for quality stents would be dampening and unfeasible commercially.

Overtly concerned over the National Pharmaceutical Pricing Authority’s decision to fix stents prices at a level which defies economic logic or ground realities, Mr Rajiv Nath who is also the Forum Coordinator of the AiMeD has stated, “Regulations, however well intended, have to be reasonable and implementable with smooth transition and not disruptive. The worst thing about this notification is that NPPA/DPCO expect all stocks to be available at new price over night.”

Among the other big questions that AiMeD is asking are If distributors have bought stents at Rs. 60000 or so, how can they put MRP of Rs. 30000? How can manufacturers recall stocks with 5 years shelf life and keep nothing in markets? Confusion and fights in every hospital of what should be charged?

AiMeD has also drawn attention to possible conflict and problem points which will arise now in the wake of this notification.

“Hospitals will start demanding credit notes for loss made on inventory they hold. Manufactures will be asked by DoP to pay penalty for not acting over night. If importers and manufacturers go to court ultimately public and patient are the one who will suffer. Ideally the implementation should have been from a cut off date and next batch. The requirement of all stocks in market to be sold at revised price is impractical and unreasonable. Laws and rules should be reasonable and easy to follow.”

AiMeD has always been exhorting members and importers for self regulations whether for patients safety under ICMED Quality certification or for consumer protection, a Self imposed price cap for each brand / size to be 4-5 times of ex – factory landed . We have always been apprehensive that if we don’t follow self regulations or a reasonable line Government will need to step in and history has shown when it does , it over does ! Unfortunately MNC Importers are opposed to ICMED and also to price cap so we can’t have one section of industry go for self regulations and starve themselves out of the market while the Importer MNC keep on jacking up their MRPs .

Indian Stent Manufacturer Mr Gurmeet Chugh, Managing Director, Translumina Therapeutics, said “This MRP is detrimental for the domestic Stent manufacturers and may kill this upcoming Industry. We had asked for average of price to hospital .We are sure that the price points taken for imports and manufacturing are erroneous . The price of imported component is not price of complete assembled product .There is a huge spend in R& D to keep upgrading the technologies and such knee jerk pricing regulations shall ensure the survival of only fly by night operators. Morever, the requirement of all stocks in market to be sold at revised price is impractical and unreasonable.This move may appear populist but will ultimately kill the ecosystem where Indian manufacturers shall keep manufacturing, only  low end technologies.”

“AiMeD has consistently asked for a separate body like Consumer Affairs Department for regulating prices for medical devices as NPPA do not have necessary infrastructure to understand this evolving field and are creating disruption rather than a balanced fair approach to all stakeholders and allowing for smooth transition.” Added Mr Chugh

We concede “Even our holier than thou generics have invested zilch in research. While the quantum of markup by the MNCs on their original research molecules can be debated, the fact that they or Indian manufacturers who do investment in R&D and Technology development deserve a ROI annot be denied. But this should reflect on higher Ex-factory price n not higher MRP to Ex-factory multiples” said Mr Nath.

Rahul Koul - September 5, 2019
350
Mentioned Dr Alok Roy, Chairman, Medica Group of Hospitals in an exclusive interaction with the BioVoice where he shared his views on the issues surrounding healthcare sector in India.................

Rahul Koul - February 19, 2020
224
Mentioned Luca Visini, Managing Director, Eli Lilly & Company India in an exclusive interaction with BioVoice where he outlined the goals of his company driven by innovation including pursual of new drug development and working towards medicines reaching people at large through different channels.....................