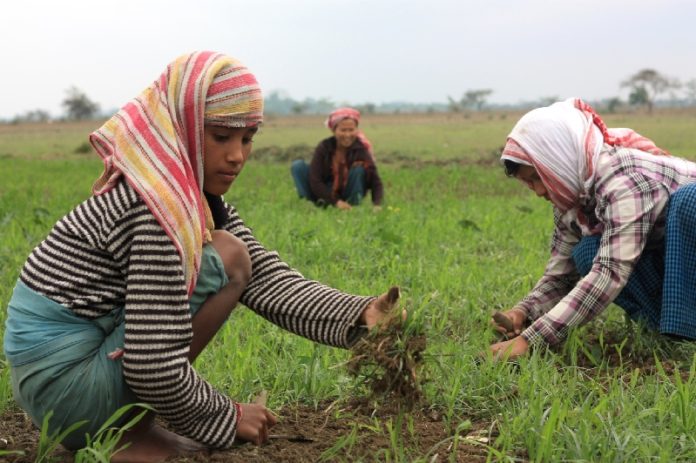 The herbicide tolerant (HT) technology used has also contributed to increased production; improving weed control and providing higher yields in some countries and helping farmers in Argentina grow ‘second crop’ soybeans after wheat in the same growing season, says the research paper released in May 2016.

Few important highlights of the report are:

∎ Crop biotechnology helps farmers earn more secure incomes due mainly to improved control of pests and weeds. The net farm level economic benefit in 2014 was $17.7 billion, equal to an average increase in income of $101/hectare. For the 19 years (1996-2014), the global farm income gain has been $150.3 billion.

∎ The total farm income benefit of $150.3 billion was divided almost equally between farmers in developing (51%) and developed countries (49%).

∎ By facilitating the adoption of no tillage production systems this effectively shortens the time between planting and harvest of a crop. The highest yield gains continue to be for farmers in developing countries, many of which are resource-poor and farm small plots of land.

∎ Crop biotechnology continues to be a good investment for millions of farmers. The cost farmers paid for accessing crop biotechnology in 2014 ($6.9 billion34 payable to the seed supply chain) was equal to 28% of the total gains (a total of $24.6 billion). Globally, farmers received an average of $3.59 for each dollar invested in GM crop seeds;

∎ Crop biotechnology has contributed to significantly reducing the release of greenhouse gas emissions from agricultural practices. This results from less fuel use and additional soil carbon storage from reduced tillage with GM crops. In 2014, this was equivalent to removing 22.4 billion kg of carbon dioxide from the atmosphere or equal to removing 10 million cars from the road for one year.