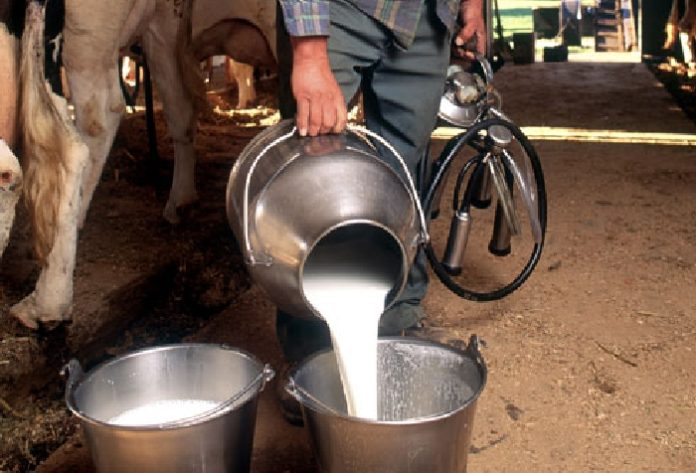 New Delhi: As per Indian agriculture ministry, the livelihood of 60 million rural households depend upon dairy sector. Out of this, two third are small, marginal and landless labourers.

India is a global leader amongst dairying nations and produced 160.35 million tonnes of milk during 2015-16. The dairy cooperatives of the country have the singular distinction of providing seventy five percent of their sales, on an average, to the farmers.

Agriculture and farmers Welfare Minister, Mr Radha Mohan Singh, recently during the One Day National Conference on Gaushalas (cow shelters) informed that as many as 75 million women are engaged in the sector as against 15 million men. There is an increasing trend towards participation of women in livestock development activities. This has led to empowerment of women-headed households in the rural communities.

Mr R M Singh mentioned that India with 30 crore bovines has 18% of the world’s bovine population. Cattle Genetic Resources have been evolved by the farmers/cattle rearers/breeders using traditional and scientific knowledge, and today we have 39 breeds of cattle.

The indigenous breeds have been found to be robust and resilient and are particularly suited to the climate and environment of their respective breeding tracts. They are endowed with qualities of heat tolerance, resistance to diseases and the ability to thrive under extreme climates and low plane of nutrition.

The minister stated that studies of impact of Climate Change and effect of temperature rise on milk production of dairy animals indicates that temperature rise due to global warming will negatively impact milk production. The decline in milk production and reproductive efficiency will be highest in exotic and crossbred cattle followed by buffaloes. Indigenous breeds will be least effected by global warming. In order to develop heat tolerant and disease resistant stock countries including United States of America, Brazil and Australia have imported our indigenous breeds.

As per the figures revealed by agriculture ministry, during 2015-16, Indian farmers produced 160.35 million tonnes of milk.

Singh also stated that the indigenous breeds of cows are known to produce A2 type protein rich milk which protects us from various chronic health problems such as Cardio Vascular Diseases, Diabetes and neurological disorders besides providing several other health benefits.  Earlier Hon’ble Minister has spoken with scientists and people engaged in marketing of Milk were of opinion the A2A2 rich milk should be separately marketed in the country. Hon’ble Minister informed the house that Department of Animal Husbandry, Dairying and Fisheries has sanctioned Rs 2 crore each to Odisha and Karnataka for marketing of A2A2 rich Milk of our indigenous breeds.

Agriculture and farmers Welfare Minister informed that the potential to enhance the productivity of the indigenous bovine breeds of India through professional farm management and superior nutrition is immense.  For the first time in the country, Rastriya Gokul Mission has been initiated under National Programme for Bovine Breeding and Dairy Development to take up development and conservation of indigenous breeds in a focused and scientific manner. Under the Scheme 35 projects with an allocation of Rs 582.09 cr has been sanctioned.

For the first time in the country to take up holistic and scientific development and conservation of indigenous breeds, two National Kamadhenu Breeding Centres are being established: one in southern region- in Andhra Pradesh and second one in northern region in Madhya Pradesh. Nucleus herd of all 39 indigenous breeds of cattle and 13 breeds of buffaloes is being established at National Kamadhenu Breeding Centre with the aim of development and conversation of these breeds.