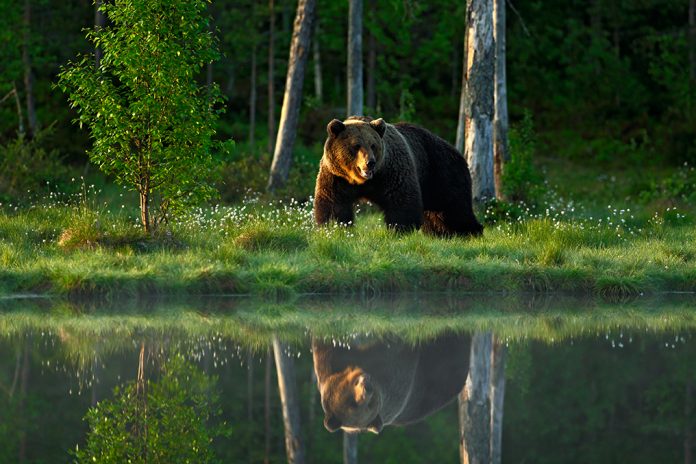 New Delhi: Global wildlife populations could decline by an average of 67 per cent between 1970 – 2020, as a result of human activities, according to WWF’s Living Planet Report 2016. The report indicates that global populations of fish, birds, mammals, amphibians and reptiles have already declined by 58 percent between 1970 and 2012, the most recent year with available data. This places the world on a trajectory of a potential two-thirds decline within a span of the half-century ending in 2020. The report also highlights the magnitude of human impact on the planet and highlights the changes needed in the way society is fed and fuelled.

“Wildlife is disappearing within our lifetimes at an unprecedented rate,” said Dr Marco Lambertini, International Director General, WWF. “This is not just about the wonderful species we all love; biodiversity forms the foundation of healthy forests, rivers and oceans. Take away species, and these ecosystems will collapse along with the clean air, water, food and climate services that they provide us. We have the tools to fix this problem and we need to start using them now if we are serious about preserving a living planet for our own survival and prosperity.”

According to the report, the top threats to species are directly linked to human activities, including habitat loss, degradation and over exploitation of wildlife. The report’s findings provide additional evidence that the planet is entering completely unchartered territory in its history in which humanity is shaping changes on the Earth, including a possible sixth mass extinction. Researchers are already calling this period the Anthropocene – an era in which human activities are influencing changes in the climate and the environment.

The 2016 edition of the Living Planet Report states that food production to meet the complex demands of an expanding human population is the primary factor responsible for the destruction of habitats and over-exploitation of wildlife.

At present, agriculture occupies about one-third of the Earth’s total land area and accounts for almost 70 per cent of water use. The report also shows that India ranks fifth in terms of bio-capacity – an ecosystem’s capacity to produce resources such as food, fibre and renewable raw materials and absorb carbon dioxide. While Indians have a low personal footprint at an individual level, it is a challenge when aggregated by population size. This equation will be further affected as wealth grows and consumption patterns change. India’s carbon footprint currently makes up 53 percent of the country’s overall Ecological Footprint.

“Our consumption patterns and the way we look at our natural world are constantly shaping the future of our planet. At WWF-India we believe that the power to build a resilient planet for future generations lies in our understanding of how we are moving into this new epoch that scientists are calling the Anthropocene and adopting sustainable practices that decrease humanity’s impacts on the planet. We need to come together as a global community and address the threats to biodiversity to protect our environment, as well as our economic and social structures,” said Mr Ravi Singh, Secretary General and CEO, WWF-India.

Looking ahead, however, 2020 is also a year of great promise. In that year, commitments made under the Paris climate deal will kick in, and the first environmental actions under the globe’s new sustainable development plan are due. If implemented, these measures, along with meeting international biodiversity targets set for 2020, can help achieve the reforms needed in the world’s food and energy systems to protect wildlife across the globe.

The Living Planet Report 2016 highlights the fact that we need to rethink how we produce, consume, and value the natural environment. It also illustrates the positive momentum that is building by highlighting recent global agreements on climate change and sustainable development. In particular, the report recognizes the 2030 Agenda for Sustainable Development as an essential guide to decision-making.