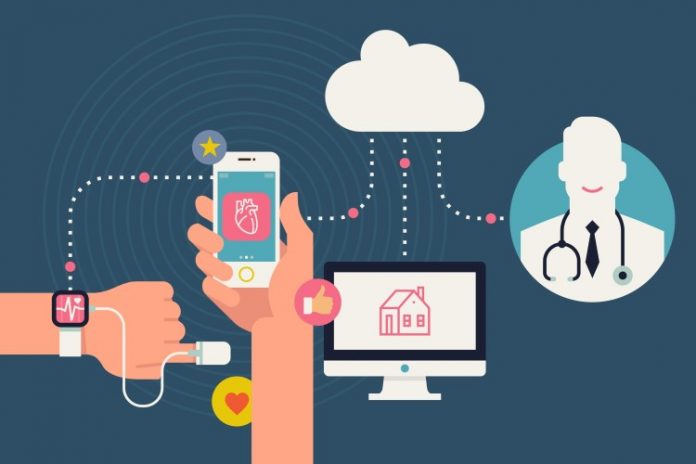 Mumbai: Mercom Capital Group has just released its report on Healthcare IT/Digital Health funding and M&A activity for 2016. Global Venture capital (VC) funding (including private equity and corporate venture capital) in the Health IT sector came in at $5.1 billion in 622 deals in 2016, a new record for the sector.

VC funding, including private equity and corporate venture capital, in the Healthcare IT sector came in at $5.1 billion in 622 deals in 2016, a new record for the sector. By comparison, $4.6 billion was raised in 2015 in 574 deals. Total corporate funding in Health IT companies – including debt and public market financing (plus IPOs) – came to $5.6 billion in 2016, a drop of 30 percent compared to $8 billion in 2015.

There were 15 Indian Healthcare IT companies that received VC funding and two M&A transcations this quarter.

Since 2010, the sector has received $18.5 billion in VC funding in 2,672 deals and almost $7.5 billion in debt and public market financing (including IPOs), bringing the total funding for the sector to $26 billion. To learn more about the report, click here. 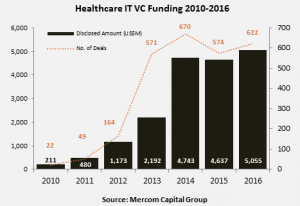 “Venture Capital funding bounced back after declining in 2015,” commented Raj Prabhu, CEO and Co-founder of Mercom Capital Group. “Digital Health public companies on the other hand continue to struggle.”

A total of 1,115 investors (including accelerators/incubators) participated in VC funding rounds in Healthcare IT companies in 2016 compared to 923 in 2015. The top VC investors in 2016 were Khosla Ventures with seven deals followed by GE Ventures, Social Capital, and BlueCross BlueShield Venture Partners with six deals each. 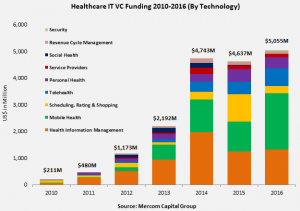 In the last five years, 206 companies have made multiple acquisitions led by IMS Health with 12 and CompuGroup Medical and iMedX with 10 each, Quality Systems with nine, Emdeon and McKesson with eight each, and athena health, GE Healthcare, PracticeMax, and TELUS HEALTH with seven each. 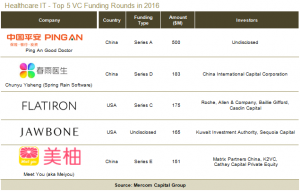 The top five VC funding rounds in 2016 were: Chinese company Ping An Good Doctor with $500 million, Chunyu Yisheng’s $183 million round, Flatrion Health’s $175 million raise, Jawbone’s $165 million, and Meet You with a $151 million round.

Of the 30 digital health public companies we track, only eight companies beat the S&P 500 compared to fifteen in 2015 and about 60 percent of Health IT public companies stocks were in negative territory in 2016.