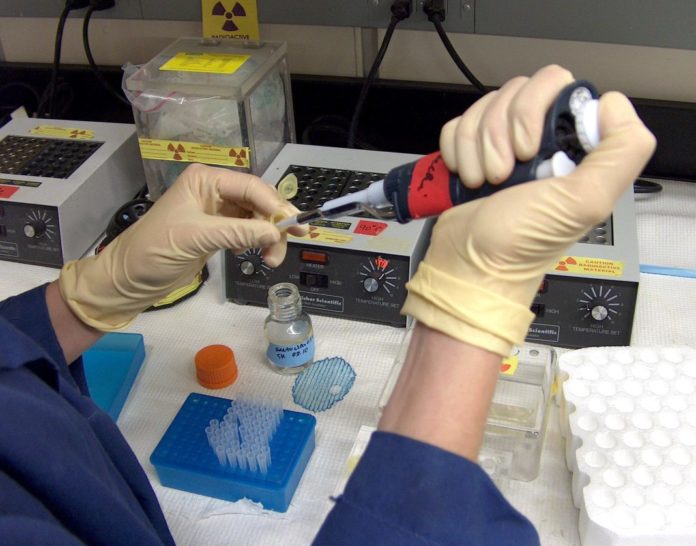 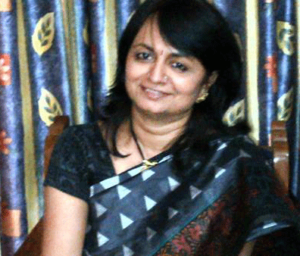 About Author: A biotechnologist with proven track record, Dr Anita Joshi has gained a wide and rich experience in the industry. Based in Pune, she comes with experience of over 15 years in the bioscience sector out of which 10 years has been in research and academics. She has worked with more than 65 organizations in the areas of R&D, QA-QC, and marketing. Dr Joshi holds PhD degree from the National Institute of Virology, Pune and Diploma in Marketing Management. She has over 25 publications to her credit. Currently in her role as domain expert with Markets and Markets, Dr Joshi is supporting the research teams of healthcare, food and beverage industries.

Developed in 1983, the Nobel Prize winning Polymerase Chain Reaction (PCR) has been one of the most commonly used technologies across life science laboratories. Primarily used for amplifying DNA, its application spans cloning, sequencing, analysis of genes, diagnosis and more. Traditional PCR is an end-point analysis. The PCR amplified product is detected by agarose gel electrophoresis making only a semi-quantitative analysis possible. A major drawback with PCR has been that the quantification of the starting material was never possible. With rapid developments in molecular biology, the need for quantification of DNA in the PCR reaction has been growing.

The technique further improved such that quantitative estimation of DNA became possible and it became today’s gold standard for measuring specific amounts of DNA in a sample. Real-time or Quantitative PCR (qPCR), is a very powerful and sensitive technique with a broader range of applications compared to PCR, including SNP detection, viral load detection, siRNA/miRNA/RNAi analysis etc. qPCR utilizes specific complementary oligonucleotide primers that amplify the target of interest along with a fluorescent dye which tracks the progress of the reaction. The reaction requires comparison with a standard curve so as to arrive at the exact concentration of the amplified product. Boehringer Mannheim developed and commercialized first real time PCR. However, qPCR has some limitations such as the need for reference standards and has challenges while multiplexing.

The term “digital PCR” was coined to describe these technologies. Fluidgm Corporation first commercialized dPCR in 2006 while the first instrument for dPCR was launched in 2013. It has several advantages over qPCR in terms of absolute quantification, enhanced sensitivity, greater precision and multiplexing capabilities.

PCR further evolved to Digital PCR or dPCR which builds on the amplification possible in traditional PCR and uses the qPCR fluorescent-probe–based detection to provide a highly sensitive, precise quantification of DNA. The reagents involved in the assay remain the same but the instrumentation changed such that the total number of individual target molecules can be counted directly in a digital format, thereby doing away the need of a reference standard. The sensitivity of qPCR is improved to such an extent that rare alleles, rare events which were missed out can now be captured by dPCR.

A look at the background and methodology

Pioneering work on digital PCR was done by Sykes et al in 1992 and by Vogelstein and Kinzler in 1999. The principle involves dilution of DNA sample to obtain a single copy of the target which is amplified by an end-point PCR. The distribution of the target DNA follows Poisson distribution providing an absolute measure of nucleic acid concentration. These products were detected using fluorescent probes. Error can happen only if two targets are collocated in the same well and this is calculated by Poisson distribution. If a particular reaction well contains the target it will become brightly fluorescent while those wells without the target will have only background fluorescence thus an absolute measure of the target in the sample is possible.

The techniques further developed and could overcome many of the drawbacks of qPCR. The term “digital PCR” was coined to describe these technologies. Fluidgm Corporation first commercialized dPCR in 2006 while the first instrument for dPCR was launched in 2013.

Multiplexing is facilitated by dPCR since there are only 0 or 1 target molecules per well and specific probes can be employed simultaneously. The problems of competition and cross reactivity are eliminated.

Droplet dPCR (ddPCR) partitions DNA using water-oil emulsion droplets in which amplification takes place. It is a combination of microfluidics and proprietary surfactant chemistries. The droplets are analysed using Flow cytometry. Emulsion dPCR is a PCR variation that some NGS technologies use to replicate DNA sequences. It is conducted on a bead surface within tiny water bubbles floating on an oil solution.

Adoption of standards for qPCR and dPCR experiments

A major issue with experiments using qPCR and dPCR has been a lack in standardized protocols and data analysis. In most publications the experimental details are not clearly outlined and therefore the quality of experiments can get questioned.

As a result, the Minimum Information for Publication of Quantitative Real-Time PCR Experiments (MIQE) guidelines were established in 2009 addressing the reliability of results, and to help ensure the integrity of the scientific literature, promote consistency between laboratories and increase experimental transparency. These guidelines are a checklist and have since then been widely accepted by researchers and as many as 2800 publications used them as of 2014.

Another attempt at harmonization of techniques is through the SPIDIA (Standardization and improvement of generic pre-analytical tools and procedures for in vitro diagnostics) Consortium which has partners from 11 different European countries. They are addressing the entire process from experimental design, sample collection to processing data and final publishing of results.

Such guidelines ensure reproducibility, validity and transparency of results and are now being widely adopted by researchers and influencing buying patterns. This may prove to be a restraint to the qPCR-dPCR market.

PCR technologies are evolving rapidly through technological advancements. Some of the innovative trends in this area are automation by integrating microfluidics and robotics with PCR and the militarization of systems decreasing its foot print.

The demand for qPCR and dPCR technologies continues to grow because of the growing disease burden and geriatric population which need molecular diagnostics. This promotes research in molecular diagnostics and more and more grants, funds and investments are made in these areas. Technological advancements for improving the accuracy, precision, sensitivity and specificity are creating more interest in the techniques leading to better adoption by research and industry. Current market data shows that qPCR technologies have a larger market share compared to dPCR. However dPCR is growing faster. The global qPCR and dPCR market is expected to reach USD 4.94 billion by 2021 from USD 3.28 billion in 2016 growing at a CAGR of 8.5% from 2016 to 2021.  Increasing public – private investments and funding, research grants are all favoring the growth of dPCR technologies. Although North America accounts for the largest share, Asia Pacific which includes India and China is the fastest growing segment. (Ref Markets and Markets)

The dPCR technology provides a higher degree of accuracy and reproducibility in the amplification and analysis of nucleic acids like DNA, RNA and cDNA, unlike other PCR technology. It has several advantages over qPCR in terms of absolute quantification, enhanced sensitivity, greater precision and multiplexing capabilities. Significant improvements in systems designs have been instrumental in its rapid adoption by Forensic Labs, CROs and drug discovery organizations where cost constraints are usually minimal. The major restraint for its adoption is the cost of the machines involved.

However as the costs have been declining, the adoption of dPCR is increasing rapidly and it can well be predicted that in the next few years the technology will completely take over the markets. With everything in its favor, it can prove to be a disruptive technology.