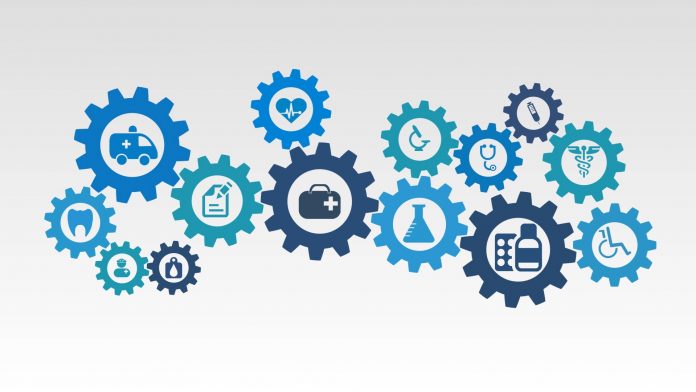 The company’s expanding global reach assisted in achieving a higher topline in Q4 FY 2016-17. Export sales registered a growth of 29 per cent in Q4 at Rs 73 crore. Sales from domestic operations, however, registered a marginal growth of 7 per cent at Rs. 68 crore.

The bulk drugs (API) segment continued to excel in the quarter by contributing 67 per cent to the company’s total turnover. Morepen Lab’s blockbuster bulk drug Loratadine has once again emerged as a growth accelerator for the company in Q4 FY 2016-17. Sales from Loratadine alone increased by 54 per cent in Q4 at Rs. 34.35 crore. Total bulk drugs sales in Q4 increased by 21 per cent at Rs 94.35 crore.

The Dr Morepen basket, representing Home-Diagnostics category, did well too during the quarter. In this category, Blood Glucose Monitors registered a maximum growth of 50 per cent in Q4 FY 2016-17 sales at Rs.13.41 crore, compared to Rs. 8.94 crore sales in the corresponding quarter of the previous fiscal. Total quarterly sales from this division stood at Rs 19.45 crore in Q4 FY 2016-17, registering a rise of 20 per cent vis-a-vis corresponding quarter of the previous fiscal.

OTC (Over the Counter) products and Formulations also recorded good sales numbers for the quarter under consideration. Total sales from OTC products, comprising Burnol & Lemolate, went up by 11 per cent in Q4 FY 2016-17.

Mr Sushil Suri, Chairman and Managing Director, Morepen Laboratories Ltd. disclosed this after the company’s board meeting, which discussed and took on record the financial results of the company for the fourth quarter and the entire financial year 2016-17. “Consistent focus on backward integration, research and process innovation has helped company garner better foothold in the market and company’s vision to invest in the new markets is showing results on the expected lines,” he stated.

The “Dr Morepen” brand portfolio has recorded sales revenue of Rs. 53.25 crore in the quarter under consideration as against revenue of Rs. 48.53 crore in the corresponding quarter of the previous fiscal, recording a growth of 10 per cent. Interest Cost has come down substantially during the quarter and the entire FY 2016-17, and this has strengthened company’s aim to become Debt Free within a period of 12-15 months.

The sales revenue of Blood Glucose Monitors and Blood Pressure Monitors in FY 2016-17 increased to Rs 59.26 crore as compared to Rs. 43.00 crore in the previous fiscal, registering a growth of 38 per cent. Looking at increasing incidence of diabetic cases in India, this segment offers great opportunity for growth in the coming years. The company has touched a base of one million installations of Glucometers in FY 2016-17 and sold 48 million strips during the year against 30 Millions of last year.

The company has also announced that its wholly owned subsidiary-Dr. Morepen Ltd. is setting up a first of its kind chain of healthcare centres in India by the name of Dr. Morepen NOW to offer ECP Therapy to target consumers in India. The move is part of the company’s “Nation on Wellness (NOW)” drive, which envisions providing non-invasive means to treat cardiovascular diseases and diseases associated with cardio-metabolic issues gripping the country today. The first Dr Morepen NOW clinic has been set up in Hauz Khas, New Delhi.