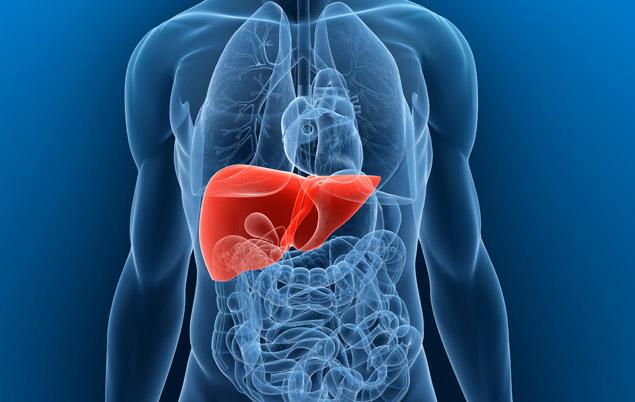 Chronic liver disease (CLD) is a leading cause of death globally. Significant contributors include viral Hepatitis B and C (HBV, HCV), Alcoholic liver disease (ALD), and Non-alcoholic fatty liver disease (NAFLD), although several other aetiologies exist and some of these causes may co-exist. Management of patients with CLD requires assessment and staging of fibrosis to identify those most at risk and in need of treatment or lifestyle modification. Suppression or reversal of fibrosis, and possibly even early cirrhosis, can restore liver functionality and minimize complications such as the development of portal hypertension or hepatocellular carcinoma. Biopsy has long been considered the gold standard for diagnosis, but in recent years significant limitations have been acknowledged that compromise both sensitivity and diagnostic accuracy.

Non-invasive alternatives to biopsy have recently become available, including both imaging modalities and blood tests.  Enhanced Liver Fibrosis (ELF) test is a novel blood test that measures levels of three direct markers [Hyaluronic acid (HA), Amino-terminal propeptide of type III collagen (PIIINP), and Tissue inhibitor of matrix metalloproteinase 1 (TIMP-1)] of fibrosis and utilizes an algorithm to generate a numeric score. Application of this score to patients with chronic liver disease allows physicians to better assess fibrotic progression and can significantly reduce the number of patients requiring biopsy. This article provides an overview of the current published evidence on the clinical utility of the ELF test.

Blood tests for fibrosis vary in design but usually utilize a panel of markers associated with liver damage, dysfunction, or the fibrotic process itself. In contrast to biopsy, which only evaluates approximately 0.002% of the total liver mass on average, blood tests (especially those utilizing markers directly associated with fibrosis versus just liver damage) offer the possibility of measuring the extent of total liver fibrosis, and can supply clinically relevant information across the continuum of fibrogenic disease.

ELF Test: A Multimarker Algorithm that Generates a Single Score

The ELF markers and algorithm were originally investigated and validated in a large study of over 1,000 patients with multiple forms of chronic liver disease,

including HCV, ALD, and NAFLD, for the detection of fibrotic damage. Blood samples were obtained from patients within 6 months of biopsy.

Subsequent work has established additional positive clinical performance for ELF, both in these common forms of liver disease and others, such as Primary biliary cirrhosis (PBC), Primary sclerosing cholangitis, Hepatitis B (HBV), and Autoimmune hepatitis. Adult and paediatric populations have been studied with ELF, with the test performing well in both.

The ELF score provides a valuable enhancement over biopsy staging in that it is a continuous rather than categorical variable, and is thus more sensitive to disease status and change. ELF score thresholds have been identified in populations of patients with known chronic liver disease to identify these commonly used categories of fibrosis.

CLD patients with moderate ELF values would require additional assessment such as referral to biopsy, or secondary testing with an imaging modality. Studies have investigated possible synergy in using the ELF test in conjunction with an imaging modality and found this approach could further reduce the number of patients requiring biopsy. Two approaches are possible: either utilize both technologies in the initial patient work-up or employ a sequential approach starting with ELF and then referring to imaging if ELF is insufficient for rule out or rule in.

An accurate characterization of liver fibrosis is critical in the optimal management of CLD. Distinguishing patients with significant fibrosis from those with benign disease has historically required an invasive biopsy, which can still fail to accurately assess damage. In addition, biopsy is associated with pain, risk, and substantial cost. The number of CLD patients is expected to grow substantially in the coming years, driven by anticipated increases in undiagnosed HCV infected patients presenting with advanced disease as well as the growing burden of NAFLD in many countries. For this reason, a direct and reproducible blood test for fibrosis offers great clinical appeal. The ELF test has been clinically validated in a range of chronic liver disease states and the numeric ELF result allows the likelihood of fibrosis to be classified with good probability as none-to-mild, moderate, or severe and helps target patients to the appropriate clinical pathway. Routine adoption of the ELF test into clinical practice presents an appealing alternative to both biopsy and imaging modalities that require significant capital investment, a trained clinician, and limited patient access. As with all other current alternatives to biopsy, ELF can facilitate, but not completely replace, the need for biopsy referral.

Note: Views expressed in the article are those of the author and the BioVoice News doesn’t necessarily subscribe to them.