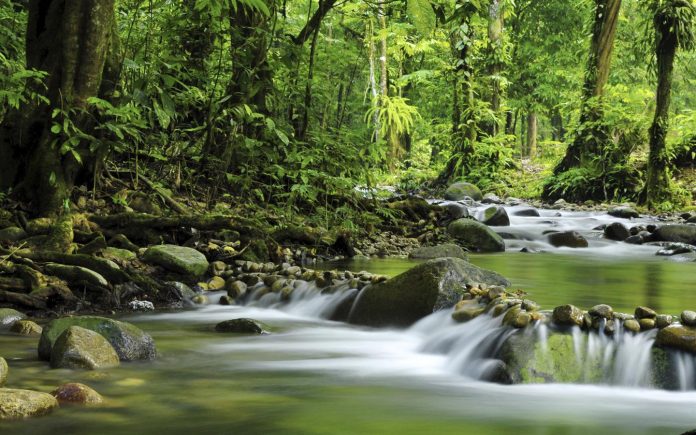 New Delhi: The year 2016 witnessed hectic activity at the Ministry of Environment, Forest and Climate Change on the international and national fronts.  While at the international level, India steered the negotiations on amendment in Montreal Protocol for amendment for phase down of HFCs at Kigali, Rwanda, at COP-22 in Morocco, the International Solar Alliance was signed.  On the national front, the Ministry released new categorisation of industries, revamped Waste Management Rules and revised standards for Common Effluent Treatment Plants across industrial clusters.  The Ministry granted general approval for creation of public utility infrastructure in Left-Wing Extremism-affected districts.   ENVIS – a portal was launched to reach out to people and popularise science, as well as sustainable practices.  MoEFCC also continued to make efforts to control pollution.

A snapshot of prominent decisions and events that unfolded in the Ministry of Environment, Forest and Climate Change in 2016 is being given below.  It encapsulates the major happenings of this year:

A loan agreement was signed between Government of India and Japan International Cooperation Agency (JICA) for the cleaning of Mula-Mutha river in Pune.  The project will have a significant, direct beneficial impact in terms of reduction of pollution load in the river and improvement of the quality of its water.

The Environment Ministry held the first National Stakeholder Consultation on the Biodiversity Finance Initiative. The objective of the meeting is to introduce the BIOFIN project to the various stakeholders, enumerate the programmes/activities being undertaken by different organizations in the context of India’s 12 National Biodiversity Targets developed in line with 20 global Aichi biodiversity targets, and then assess the expenditure being made by different organizations for activities related to biodiversity conservation.  The Ministry partnered with the United Nations Development Programme (UNDP) in a global project on Biodiversity Finance Initiative (BIOFIN).

A portal on Environment Information System (ENVIS) was launched to find out new ways to reach out to people and popularise science, as well as sustainable practices. Environmental Information System (ENVIS) Portal – http://envis.nic.in, a new initiative, runs parallel with the Digital India Objective, which works on improving the digital literacy in the environment sector and deliver services digitally all over the country.  Environmental Information System (ENVIS), a Central Sector Scheme of the Ministry has been implemented since 1982. The purpose of the scheme is to integrate country-wide efforts in environmental information collection, collation, storage, retrieval and dissemination through ENVIS websites, which are dedicated to different interesting themes.  The Ministry also held an exhibition of ENVIS knowledge products at the Ministry premises.

The ninth meeting of the National Steering Committee on Climate Change (NSCCC) was held. The Committee approved the Detailed Project Reports (DPRs) on adaptation submitted by governments of Telangana, Mizoram, Jammu & Kashmir, Meghalaya and Chhattisgarh for funding, under the National Adaptation Fund on Climate Change (NAFCC) at a total cost of approximately Rs. 108 crore for implementation in these states.

India became the 56th signatory State to sign the ‘Raptor MoU’ that was concluded on October 22, 2008 and came into effect on November 1, 2008 on conservation of birds of prey in Africa and Eurasia. The ‘Raptor MoU’ extends its coverage to 76 species of birds of prey, out of which 46 species, including vultures, falcons, eagles, owls, hawks, kites, harriers, etc. also occur in India.

Environment Ministry released new categorisation of industries.  Based on pollution scores, the re-categorisation was finalised as – Red, Orange, Green and White.

On March 23, 2016, the E-Waste Management Rules, 2016 were notified.  For the first time, the Rules brought the producers under Extended Producer Responsibility (EPR), along with targets.  The draft E-Waste (Management) Rules, 2015 had been notified for public consultation vide GSR No. 472 (E) dated 10th June, 2015.

Construction & Demolition Waste Management Rules notified for the first time.   Under the Rules, duties have been separately earmarked for waste generators, service providers and contractors, state government and local authorities, CPCB and SPCBs and duties of concerned Central ministries.

Environment Ministry to create ‘urban forests’ in 200 cities to increase green cover.   ‘Urban Forestry Scheme’ launched in Pune, to create an ‘urban jungle’ on about 80 acres of land.

Environment Ministry to sustain cleanliness campaign in National Parks, Wildlife Sanctuaries and Zoos throughout the year to achieve total sanitation and cleanliness by 2nd October 2019.

Web portal launched for mining of sand and minor minerals.  Tracking of proposals at all stages has been entirely automated.

MoU signed between JNU and National Institute of Animal Welfare to conduct courses on development of animal welfare sciences.

Compensatory Afforestation Fund Bill 2016 passed in Rajya Sabha on July 28, 2016.   The passing of the Bill has ended the long era of ad-hocism and will help the Centre and State Governments to utilise these amounts in a planned manner. It will facilitate make available more than Rs 6,000 crores per annum to the States/UTs for conservation, protection, improvement and expansion of forest and wildlife resources of the country.

BRICS nations joined hands to save environment.   Second meeting of BRICS Environment Ministers held in Goa on September 16-17, 2016.  The areas agreed for mutual cooperation are – abatement and control of air and water pollution, efficient management of liquid and solid waste, climate change and conservation of biodiversity.

Environment Ministry announced major initiative for R&D into next generation HFC refrigerant as alternatives to HFCs.

Environment Ministry ordered incineration of High GWP HFC-23 on October 13, 2016; India steered the negotiations on amendment in Montreal Protocol for amendment for phase down of HFCs at Kigali, Rwanda.  Shri Anil Madhav Dave gave the go-ahead for releasing the order for incinerating the HFC–23 by producers of HCFC–22 gas.  Environment Minister emphasised relevance of Indian lifestyle and its low carbon footprint at negotiations for phasing down of HFCs in Kigali.

India welcomed landmark HFC agreement at Kigali on October 15, 2016.  The Kigali Agreement is a reaffirmation of the global intent to mitigate climate change and exemplifies international co-operation in this regard. The Kigali Amendment to the Montreal Protocol is legally binding and will come into force from January 1, 2019.

Environment Ministry constituted four-member team for conservation and management of Loktak Lake.   The Committee visited Loktak Lake and submitted a report to the Ministry.

On November 4, 2016, Environment Ministry held a meeting with NCR states on measures to control air pollution.   Chairman, CPCB to review the progress of action taken on measures to control pollution with the concerned State Governments/NCT of Delhi and SPCBs/PCC on a monthly basis.Ministry to undertake such a review on a quarterly basis.

On November 30, 2016, Cabinet approved the negotiating position adopted by the Government at the Meeting of Parties to the Montreal Protocol of the Vienna Convention for Protection of Ozone Layer held at Kigali, Rwanda.

Paris Climate Agreement came into force on November 4, 2016.  Environment Ministry Building displayed ‘Smiley’ With Lights, with Slogan – “We Did It”.

Environment Minister visited forestry institutes in Dehradun, Uttarakhand and exhorted forest officers to be sincere and committed towards the forestry sector.

India participated in the United Nations Biodiversity Conference held from December 2-17, 2016 at Cancun, Mexico placed India’s country position during discussion on substantial, financial and operational issues at Plenary and Working Groups. Indian delegation also participated in several side meetings, organized 11 side events and participated in CEPA fair for showcasing India’s achievements and activities in different thematic and technical areas related to biodiversity and biosafety.

EIA Notification, 2006 on integration of environmental conditions with building permissions amended.   The notification will come into effect, if States do make the required changes in their building bye-laws.  These changes have to be done in consultation with the Environment Ministry.

Centre announced notification of Prevention of Cruelty to Animals (Pet Shops) Rules, 2016.  The objective of these rules is to make pet shops accountable and to prevent cruelty inflicted on animals kept in such pet shops.