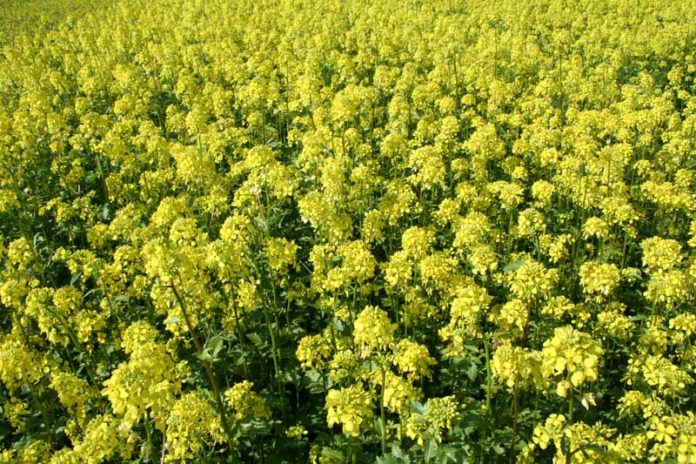 New Delhi: The Union Ministry of Environment has invited comments in the form of written submissions for the proposal on authorization of environmental release of Genetically Engineered Mustard. The document prepared by the sub-committee of Genetic Engineering Appraisal Committee (GEAC) has been placed on the website for comments by stakeholders and general public for a period of 30 days. The comments received will be then reviewed by the sub-committee and GEAC before taking appropriate decision, said the circular from Ministry on September 05, 2016.

As per the circular, this process has been rolled out as a response to the the application of Centre for Genetic Manipulation of Crop Plants (CGMCP), University of Delhi South Campus, New Delhi for the approval of environmental release of Genetically Engineered mustard (Brassica juncea) hybrid DMH-11 and use of parental events (Varuna bn 3.6 and EH-2 modbs 2.99) for the development of new generation hybrids, to the Genetic Engineering Appraisal Committee (GEAC).

The circular further mentioned that the sub-committee of GEAC has examined the dossier on food safety, environmental safety, compliance etc. and have prepared a document “Assessment of Food and Environmental Safety (AFES)” for Environmental release of GE Mustard (Brassica juncea) hybrid DMH-11 and use of parental events (Varuna bn3.6 and EH2 modbs 2.99) for development of new generation hybrids.

In India, all genetically engineered organisms and products thereof are regulated as per “Rules for Manufacture, Use/Import/Export & Storage of Hazardous Micro-organisms/GE organisms or cells, 1989” notified under the Environment (Protection) Act, 1986. As per the provisions of Rules, 1989, the biosafety dossier submitted by CGMCP, University of Delhi South Campus has been received by GEAC.  GEAC has constituted a sub-committee of scientific experts to thoroughly examine the biosafety data submitted by the applicant.

The full biosafety dossier submitted by the applicant is available in the GEAC Secretariat at MoEFCC, New Delhi. Any person interested in studying it, can access the dossier during working hours in person by prior appointment during the public consultation period.