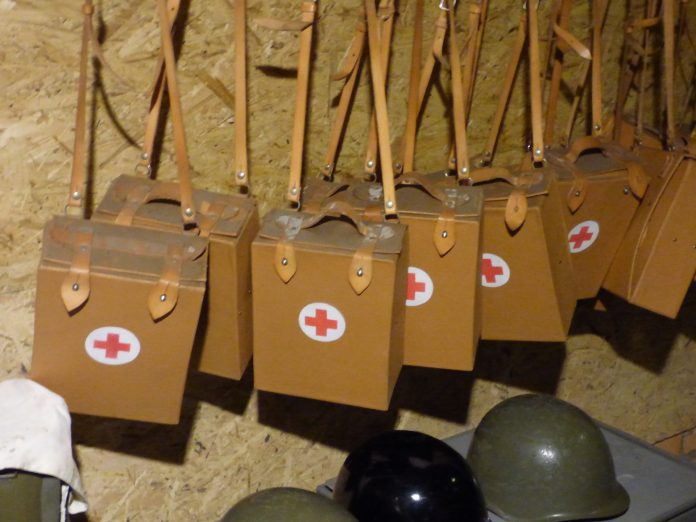 New Delhi: Violence against doctors and medical staff in India has been on the rise in recent years. Many doctors, paramedics, and nurses are today putting their own lives at risk in the course of duty, facing attacks from the very people they are trying to help.

To focus attention on this issue and to bring together all concerned stakeholders and provoke conversation with positive outcomes for curbing violence against medical professionals in India, Academy of Hospital Administration (AHA) and Indian Medical Association (IMA), two reputed administrative bodies in the medical field in India, jointly organized a national-level symposium on ‘Violence against Medical Professionals in India’.

The symposium, which was held at the IMA Auditorium in New Delhi, brought together eminent medical practitioners, healthcare activists, community leaders in healthcare, senior police personnel, government officials, and administrative representatives, who shared their insights and suggestions for preventing violence against medical professionals in the country.

In his welcome address, Prof A K Agarwal, Dean, IIHMR and President, AHA said, “For more than a decade now, violence against medical professionals has been happening, but it is only in last few years that the issue has reached alarming proportions, manifesting in the form of severe abuse or physical assaults on doctors, nurses, and hospital staff. It is not a one off incident; cases have been reported from almost all parts of the country India, year-after-year. Today, the lack of trust between the doctors and patients is a matter of grave concern. Lack of soft skills and humane approach on the part of medical professionals often adds to the problem. In many of the cases, it culminates in violence. We condemn such all attacks. Through this symposium today, we hope to find solutions for the turbulence noted in hospitals lately, and bring forth necessary recommendations and resolutions for the decision-makers, as well as the society at large.”

Padma Shri Dr K K Aggarwal, National President, IMA during his keynote address at the event noted, “The proliferation of technology and smartphones into our lives have brought about a sea change in the way the medical profession is being viewed in India. We must understand that transparency is the key to maintaining credibility in the medical profession. The community of doctors, who are looked upon with much reverence, must introspect their own behaviour and accountability. At the end of the day, none of us wants the society to look at our profession with a gaze of suspicion. Again, to prevent physical assaults of doctors, we immediately need to identify and pay special attention to the areas inside the hospitals which are more vulnerable, such as emergency settings and ICUs.”

Findings of a recent ongoing study by the Indian Medical Association have revealed that more than 75% of doctors in India have faced some form of violence at work.

Research reveals that attacks on medical professionals generally peak during visiting hours or during and after emergency medical interventions, or after the patient has undergone surgery.

An article titled ‘Violence against doctors in India’ published in the journal The Lancet in 2014 mentioned that delays in attending patients, request of advance payments, withholding a deceased body until settlement of final billing, lack of coordination at the time of admission into hospital, and unethical practices conducted by some doctors, are among the reasons provoking relatives to lose their temper and attacking doctors.

Some of the pertinent topics discussed throughout the day included ‘Genesis of violence in hospitals’, ‘Magnitude of the problem’, ‘Hospital safety protocol formulation’, ‘Violence prevention planning’, ‘Risk analysis of violence against healthcare workers in emergency settings’, ‘Leveraging resources to manage violence in hospitals’, ‘Addressing healthcare emergencies via soft skills and communication enhancement’, and so on.

The symposium included a number of intense and enlightening thematic sessions, panel discussions, and case study presentations, at the end of which the Indian Medical Association and Academy of Hospital Administration came up with a joint statement to explore the causes that lead to incidents of violence in hospital and clinics across the country and to highlight policy-level interventions required to curb such incidents.