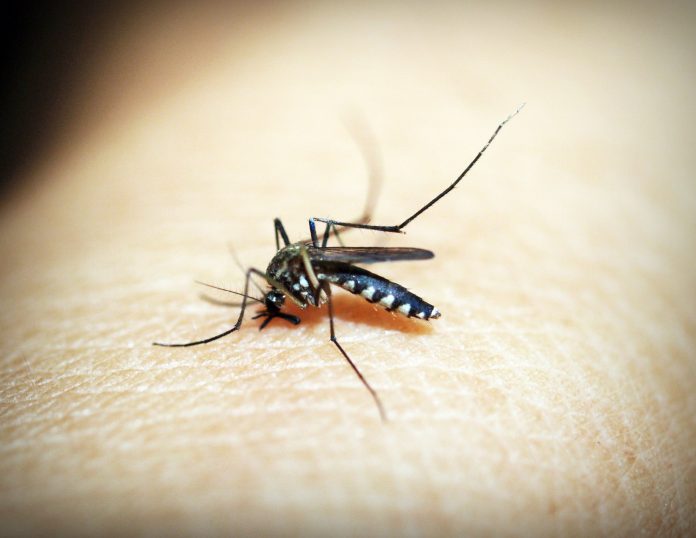 New Delhi: The Foundation for Disease Elimination and Control of India (FDEC) established by Sun Pharma for disease elimination and control initiatives undertaken through its CSR programme, has rolled out the Phase 1 of Malaria demonstration project in Mandla, Madhya Pradesh. This Phase will focus on community awareness and education programs among the community residents in Mandla.

The Indian Council of Medical Research (ICMR) and Government of Madhya Pradesh are also the joint partners in this initiative. National Institute for Research in Tribal Health (NIRTH)/ICMR, Govt of MP and FDEC-India are jointly accomplishing the goals of malaria elimination in Mandla district and prevent re-introduction by use of vector control indoor residual spray and/or use of insecticide treated long-lasting bednets (LLINs) and case management (rapid on-thespot diagnosis and prompt treatment) as per national and/or WHO norms of malaria elimination efforts. FDECIndia is responsible for implementation of the Project in collaboration with

FDECIndia is responsible for implementation of the Project in collaboration with NIRTH/ICMR, Govt of MP and all appropriate stakeholders. It will execute the malaria elimination project over a span of 3 to 5 years covering over 1,200 villages in Mandla district. As part of the Phase 1 roll-out, in addition to the community awareness programmes, FDEC will begin intense case & surveillance-based malaria control using RDTs, ACTs, LLIN bednets and insecticide spray. Over the next two years, it will focus on sensitizing local communities about detection and treatment requirements to keep them malaria free while continuing intense surveillance-based malaria control and community-based awareness & education programs. The Foundation will also undertake measures to prevent

The Foundation will also undertake measures to prevent re-introduction of malaria into Mandla district from outside areas and mobilize communities to ‘look’ for introduction of new cases by travellers from neighbouring districts. According to Dr. S.Y. Quraishi, Chairman of the Foundation for Disease Elimination and Control of India (FDECIndia), “We have launched the

According to Dr. S.Y. Quraishi, Chairman of the Foundation for Disease Elimination and Control of India (FDECIndia), “We have launched the ground work for eliminating malaria in Mandla today, which is World Malaria Day. Malaria elimination has been recognized as a global priority and a target of 2030 has been established for elimination. The Public-Private-Partnership between FDEC-India, The Public-Private-Partnership between FDEC-India, ICMR and Govt. of MP is an important collaboration to meet health challenges and I hope other organizations will join FDEC-India in this and future health initiatives”

According to Mrs. Gauri Singh, Principal Secretary Health, Government of Madhya Pradesh, “The Govt. of MP has established a Public-Private-Partnership with FDEC-India and ICMR for demonstrating malaria elimination is possible. Our goal is to eliminate malaria from 1233 villages of district Mandla. Today, on World Malaria Day on April 25, we start community engagement for this an important collaboration to meet an important health challenge. Malaria elimination has been recognized as a global priority and a target of 2030 has been established for elimination. The community participation is essential for success of this initiative, and today’s event demonstrate our commitment to work hand-in-hand with individuals and communities in Mandla.”

According to Dr. Neeru Singh, Director, National Institute for Research in Tribal Health, Indian Council of Medical Research, Department of Health Research, Ministry of Health and Family Welfare, “The Community reach out for our collaborative project with Govt. of MP and FDEC-India on World Malaria Day shows commitment of parties of this Public-Private-Partnership for demonstrating malaria elimination is possible. Our goal is to provide better intervention in hard to reach areas to eliminate malaria from underprivileged communities residing in 1233 villages of district Mandla. India launched National framework on Malaria Elimination from the country by 2030 in phased manner. We have started from the remoted part to serve the underserved community. For malaria elimination, the participation of individuals and community leader is essential. As part of our strategy, we will stay engaged with communities throughout the district and inform them about project goals, progress of the project, and seek feedback”

The Malaria Free India initiative was announced in 2016 as part of the broader MOU signed between ICMR and Sun Pharma for development of translational health sciences and disease control & elimination. ICMR’s National Institute for Research in Tribal Health is one of it’s permanent national institute situated in Jabalpur, Madhya Pradesh with the mandate to plan, conduct and coordinate research on specific health problems and health needs of the tribals. The Institute is also WHO Collaborative Centre for the Health of the Indigenous populations. Government of India has shown strong regional leadership on Malaria, in helping to guide the region towards endorsement of the Asia Pacific Leaders Malaria Alliance (hereinafter referred to as “APLMA”) Roadmap in November 2015. Within just three months, the Ministry of Health and Family Welfare launched “The National Framework for Malaria Elimination in India” and set the target of elimination of malaria in India as 2030.

According to WHO estimates, India contributes about 70% of malaria cases in South East Asia Regional countries. India has the highest number of deaths outside the African continent, with approximately 181.3 million at high risk and 997.4 million people at low and high risk. Malaria has been shown to impede development, saving and investment, worker productivity, and per-capita gross domestic product. Malaria has also been shown to promote school and workplace absenteeism. It has been shown that there is a strong correlation between malaria and poverty, and malaria endemic countries have lower rates of economic growth.