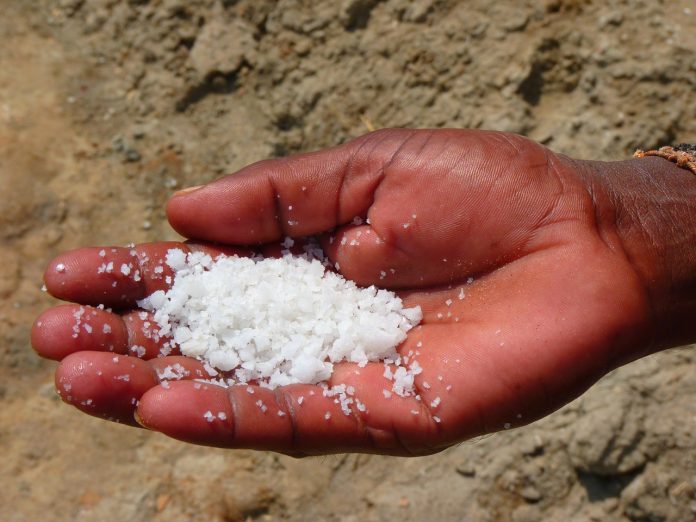 New Delhi: In order to create awareness about Salt consumption among children and to determine, whether an education programme targeted at school children will help in lowering the salt intake in them as well as their families, The George Institute for Global Health India, on the sidelines of the Salt Awareness Week, plans to extend their National Salt Reduction Programme to children.

As part of this program, a pilot will be conducted across 15,000 school children in Delhi and Hyderabad to educate them about the harmful effects of high salt intake and the risk of contracting lifestyle diseases at a young age. The aim of this program is to assess the change in the salt consumption patterns in the family through the shift in the behaviour of children.

“In India, we are fighting against habits which are deep-rooted. Unmonitored lifestyle, easy access to packaged food full of salt, sugars and harmful fats are for the high prevalence of lifestyle diseases. Educating children early in life on the ill effects of high salt usage can help them make healthy dietary choices early in life.” said Dr. Vivekanand Jha, Executive Director, The George Institute for Global Health, India.

This programme is modelled on a similar intervention undertaken by The George Institute for Global Health in China, where a cluster randomized control trial was conducted among schools and the subjects were assigned to the intervention and control groups. The children in the intervention group were educated on the harmful effects of salt and how to reduce salt intake within the schools’ usual health education lessons. Children then delivered the salt reduction message to their families. The 3.5-month long study showed that during the tenure of the study, there was a reduction in the salt intake in the intervention group. The result showed that the mean effect on salt intake for intervention versus control group was −1.9 g/day; in children and −2.9 g/day in adults.

Over the past few years, the George Institute for Global Health has been undertaking a series of research studies to determine the levels of salt consumption in India. These studies have included a qualitative component involving consultation with various stakeholders including the Government, Food Industry & Academia in order to understand the impact of Knowledge, Attitude & Behaviours in the salt consumption patterns in consumers.

Various studies on the salt intake of children and adolescents in developed countries have reported that salt intakes are high and above the WHO recommendation. Salt intake amongst schoolchildren in India has increased due to greater consumption of fast foods, salty snacks, processed and street foods. Furthermore, processed and junk foods are affordable and accessible, which attracts children easily. The preference for salty food among children is established very early due to change in the dietary patterns.

A recent research conducted in 2016 by The George Institute for Global Health, Public Health Foundation of India and the Centre for Chronic Disease Control, India, highlighted the extremely high levels of salt in packaged food sold in India. The survey, which looked at 5796 packaged food products, revealed huge differences in the salt content of similar foods, with some containing almost 10 times more salt than others, and less than a quarter of products would meet the UK 2017 salt targets. The research looked at 9 main food categories which contribute salt to the diet in India, and revealed that in particular food items like pickles, papads, cooking sauces, table sauces & spreads contained on average 5 and a half grams of salt per 100g, with some containing 10 times that amount and others with almost no salt at all.

Researchers at The George Institute for Global Health India also reviewed data involving 227,000 people across the country and found that, in India, the salt consumption has been estimated to be very high, with an overall mean weighted salt intake being 10.98 g/day, which is much more than the World Health Organisation’s (WHO) maximum daily intake limit of 5 g/day.

The lead researcher, Claire Johnson of The George Institute for Global Health, said: “Over the past 30 years the average Indian diet has been transformed. They are eating less pulses, fruits and vegetables and lots more processed and fast foods. As a result, their diets are now full of salt, sugars and harmful fats which are driving up rates of high blood pressure, obesity and cardiovascular diseases, such as heart attack and stroke.”

“The scale of the crisis facing India is hard to contemplate. We are talking about millions of people dying each year due to unhealthy diets and lifestyles. We know that if you cut back on the amount of salt you eat, your risk of suffering from high blood pressure and cardiovascular disease greatly reduces.”, she added.