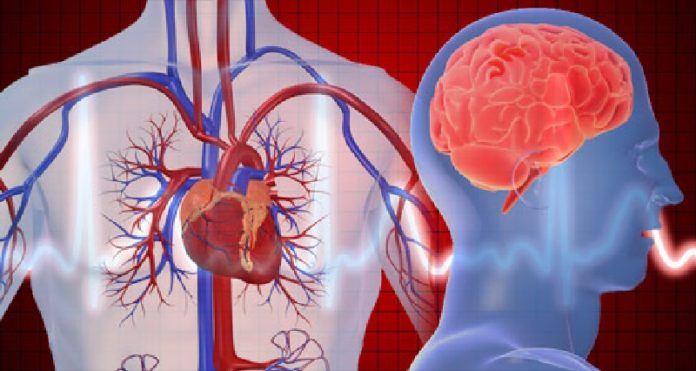 New Delhi: Stroke or brain attack is the leading cause of death and disability in rural India. An estimated 1.2 million people in India suffer ischaemic strokes (blockage of an artery that supplies the brain) each year. Worldwide, the figures are estimated to be 2 million in China; 640,000 in the USA; 120,000 in the UK and 40,000 in Australia.

Professor Jeyaraj D Pandian from Christian Medical College, Ludhiana, says intravenous rtPA (or alteplase) therapy is the currently approved therapy within 4.5 hrs after the onset of stroke symptoms. This drug breaks and dissolves the clot in the blocked artery in the brain. Unfortunately very few patients in India receive this drug because of late arrival to the hospital or unable to afford this treatment. The cost of this drug is about Rs 67,000. The high cost of the drug, lack of health infrastructure and public awareness about stroke are the reasons for under-utilization of this treatment in India.

While the existing drug is effective and dissolves the clot in the blocked artery in the brain but it costs Rs 67,000.

Researchers at the George Institute for Global Health investigated a modified dosage of rtPA which can be considered to be given at a subsidised rate at all government hospitals to eligible patients that can reduce serious bleeding in the brain and improve survival rates. It is hoped that the findings from this trial called ‘ENCHANTED’ involving more than 3000 patients in 100 hospitals worldwide could change the way the most common form of stroke is treated globally.

The study shows that if we reduce the level of dosage, most of the clot busting/ dissolving benefits of the higher dose is maintained, but there is significantly less bleeding inside the brain, thereby improving the survival rates. On a global scale, this approach could save the lives of many tens of thousands of people.

These differing effects meant that the trial was unable to show conclusively that the low dose was as effective as standard dose rtPA in terms of survivors being free of any disability. rtPA is used to dissolve clots that block a blood vessel in a patient’s brain within the first few hours after the onset of stroke symptoms.  Yet, because many people with stroke arrive at hospital after this crucial time window, only around five per cent of eligible people currently receive this therapy in most countries.

There is great variation in arrival time taken by patients in India, only 14.7 percent stroke patients reach hospital in time to be eligible for rtPA therapy.

Professor Anderson, the Principal Investigator of The George Institute for Global Health, said he hoped the lower dose would become the standard in situations where a doctor considers the risk of ICH to be high in a particular patient.

Professor Anderson added: “There is a trade off with the lower dose in regards to recovery of functioning, but being alive is surely preferable to most patients than suffering an early death.”

Professor Jeyaraj D Pandian,who was involved in the concept and design of the study and who is also the honorary professor of the George Institute in Sydney, emphasises that: “The results of this trial provide important information when discussing clot-busting treatment with patients and their families. Most patients who have a major stroke want to know they will survive but without being seriously dependent on their family. We have shown this to be the case with the lower dose of the drug.”