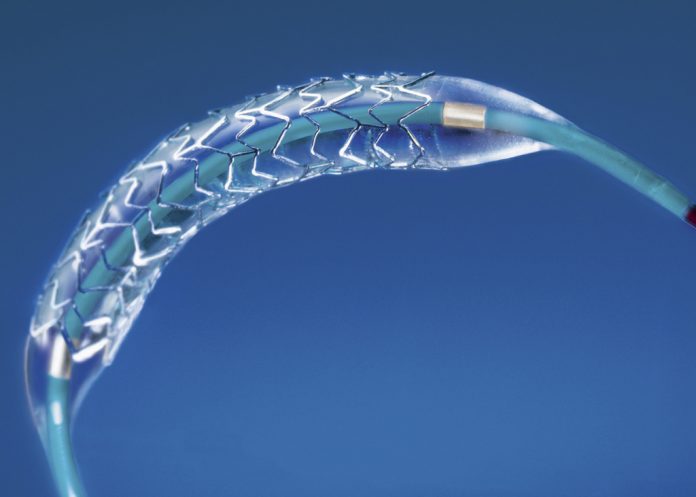 New Delhi: The Government of India has issued the notification for fixing the ceiling prices of coronary stents, informed Union Minister for Chemicals & Fertilizers and Parliamentary Affairs, Mr Ananthkumar on February 14, 2017. The step would bring down the cost of coronary stents, currently hiked by about 380 percent, the Minister added.

Mr Kumar informed that now the ceiling prices of Bare Metal Stents (BMS), having 10% market share, has been capped at Rs 7,260 and Drug Eluting stents (DES), having 90% market share, at Rs 29,600. These prices are exclusive of VAT and other local taxes. The Minister further stated that since most of the States have 5% VAT on stents, the MRP of BMS and DES would be Rs 7623 and Rs 31,080. National Pharmaceutical Pricing Authority (NPPA) has fixed the prices within 60 days as required, he added.

Informing that the step is a major decisive action on the unethical margins charged at each stage in the supply chain of coronary stents, the Minister stated that the new prices are not likely to make much adverse impact on industry. The average MRP in the market for BMS was Rs 45,000 and for DES Rs 1,21,000. This has been reduced to Rs 7623 for BMS and Rs 31,080 for DES. Thus, based on price reduction, patients will get average benefit of 80-90 thousand per stent resulting into a gross relief of Rs 4450 crores in one year.

“A heart warming decision for all cardiac patients in the country”

Mr Kumar informed that the Ministry, after reviewing the recommendation of Ministry of Health, had directed the NPPA to hold multi-stakeholder consultations with industry and industry associations, manufacturers, importers, hospital associations, distributors’ associations, doctors and NGOs and other civil society members for fixing the ceiling prices of coronary stents. All the data provided by industry was put on NPPA website and major options for price fixation and prices put in public domain for consultation. The new ceiling prices decided by the Government have taken into account interests of all the stakeholders.

Mr Kumar assured that he will write to the Ministry of Health and Family Welfare to keep a check on increase the price of procedure, doctor’s fee and prolong the patients’ stay by hospitals to make up for losses it and also ensure that price reduction is passed on to patients. He also said that the prices of all stocked stents will have to be revised according to the new ceiling price. The Minister laid stress that the landed price/manufacturing cost of imported BMS is Rs. 5415 and for DES is Rs. 16,918, hence the ceiling prices have been set taking into account the ethical profit margins and R&D costs of each member of the supply chain of coronary stents.

Mr Kumar also added that in case of serious violations of the ceiling prices, the NPPA has the authority to recover the overcharged amount along with 15% interest. For addressing the grievances of the common people, the Minister informed that the Ministry has already started two mobile apps, Pharma Jan Samadhan and Pharma Sahi Daam, on which aggrieved person can register complaints and the Ministry would act swiftly to resolve it.

Cardiovascular Diseases (CVD) are major cause of death in India, about 25% of total deaths. Out of these, 90-95% CVD deaths happen due to coronary artery diseases. As per the report of National Commission on Macroeconomics and Health, prevalence of CAD in India is about 61.5 million as per 2015 report. As per Health Ministry report, more than 3.5 lakh procedures were done in 2015 which used 4.73 lakh stents. In 2016, the figure of cardiac stent must have been above 5 lakhs. Presently market size of India made stents is roughly 30%. The Minister thus stated that the new ceiling prices will promote ‘Make in India’ in a big way and seeing the huge number of patients and future requirement, foreign companies will also try to make in India for cutting costs and remain competitive.