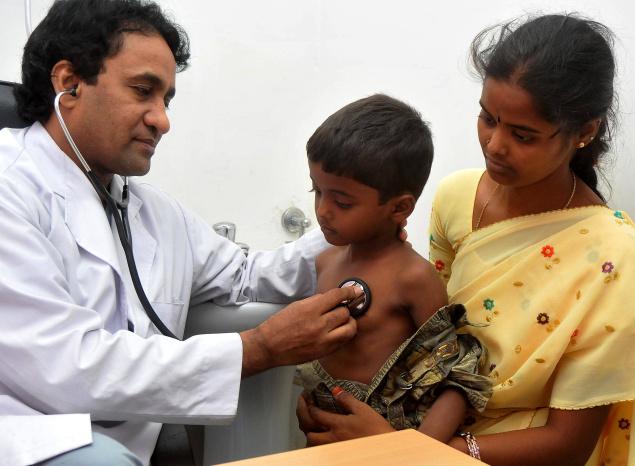 New Delhi: There has been a huge gap between huge medical burden and the primary healthcare facilities within the rural parts of India. While the successive governments have claimed to launch many big projects to improve the situation, the results are open for all to analyze. The situation hasn’t improved much owing to lack of enough doctors as well as infrastructure.

Now in a rally at Saharanpur in Uttar Pradesh to observe the second anniversary of his government on May 26, the Prime Minister Narendra Modi stated that there is a need for more doctors across the country but it was not possible to fill the gap in two years of his government.

“There is a shortage of doctors. In government hospitals, their retirement is 60 years in some states, 62 in some others. If adequate number of medical institutes were there, then we would have more doctors and would not feel the shortage. It is difficult to make doctors in two years but poor families cannot be forced to live without doctors,” said Mr Modi.

“Therefore from Uttar Pradesh, I want to announce this to my countrymen that this week our government’s Cabinet will take a decision and the retirement age of our doctors, whether in states or government of India, would be made 65 years instead of 60 or 62,” Prime Minister, Narendra Modi said. It will allow doctors to serve patients and provide education for a longer period, he said, adding that his government is also working fast to have more medical colleges to have more doctors in the field.

The decision will cover all government doctors whether serving under states or the central dispensation, he said.

PM Modi’s announcement came after he appealed to doctors to serve poor pregnant women for free on each ninth day of every month, saying it will contribute to his government’s efforts to deal with illness among the poor.
PM said he was hopeful that doctors would heed to his request. He elaborated, “If one crore families can give up on LPG subsidy, then i am sure that doctors can serve poor expectant women for 12 days in a year.”