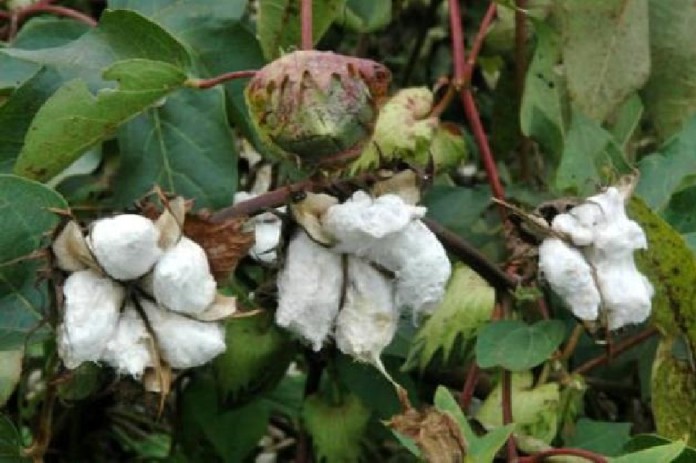 New Delhi: As per the notification issued by the Ministry of Agriculture, Government of India on March 9, 2016, the maximum sale price of genetically modified Bollgard II cotton seeds has been reduced to Rs 800 (per 450 gm packet) from Rs 830-1,000 earlier. It also mentioned the reduction of the royalty or trait fees by over 70%, from Rs 163 per packet to Rs 43 (which exclude taxes).

Earlier a nine-member committee constituted on January 27, 2016 by the government on cotton seed prices recommended reduction in royalty fees payable to seed technology companies, such as Monsanto, and an overall lowering of seed prices. The step was taken after the Mahyco Monsanto Biotech (India), a Monsanto joint venture with India’s Mahyco, was alleged to be charging high royalties.

The union agriculture and farmer’s welfare minister, Mr Radha Mohan Singh in his comments stated, “As there was no uniformity in pricing of Bt cotton seeds across the country, the central government has recently intervened and issued a Cotton Seed Price (Control) Order, 2015, to fix a uniform price of Bt cotton seed across the states in the country for the benefit of farmers” He also said that “based on the representations,  agriculture department also made a reference to the Competition Commission of India for investigation of dominance of MMBL and abuse of monopoly in Bt cotton technology so as to ensure competition in the market.”

In her reaction on Twitter, Biocon Chief, Dr Kiran Mazumdar Shaw appeared to be endorsing the government’s view. “MNCs must agree on tapered royalties from day one. I guess they were sitting ducks as they enjoyed market monopoly,” she stated in her tweet.

Many agriculture experts in India believe that the move will benefit nearly 8 million cotton farmers in India, ending the monopoly of Monsanto. More than 90% of the cotton grown in India uses this technology.

However there is a contrary view that also raises concerns about the country’s intellectual property rights regime. The experts on the other side point out towards the global effect of such decisions. They feel it is arbitrary in nature.

Will Monsanto wind up its business? Most unlikely say experts!

Since the recommendations made by the committee became public unofficially through certain reports in media, Monsanto India had then called the Indian regulatory environment as arbitrary and innovation stifling. It had categorically stated that it will “re-evaluate every aspect” of its position in India and re-think bringing new technologies to India.  The company is yet to comment on the official notification.

Now all the eyes are on Monsanto India’s reaction. Will it really exit its Indian business or the strong position taken by it was just temporary? Experts say that it was just a tactic to pressurize the government. “It is unlikely that Monsanto can afford to lose the Indian market with such a huge population. The regulations are still developing and you never know which opportunities open up tomorrow,” said a Mumbai based agriculture analyst on the basis on anonymity.

The Monsanto could be now also be waiting for the orders of judiciary where its last hope are pending.

The opinion on the government decision seems to be divided.  While the Association of Biotechnology Led Enterprises Agriculture Group (ABLE-AG) criticized the centre’s move by calling it a populist measure, the National Seeds Association of India feels it will benefit Indian seeds companies and farmers.

“We strongly oppose the decision made by the committee as it violates the principle of free market economics. By slashing trait fees the government has clearly shown that it is going for short term populist measures rather than supporting innovation in the long term. Such a decision is a discouragement of research and is contrary to the respect for IPR in Agriculture and ‘Make in India’ initiative encouraged by our Honorable Prime Minister. The decision will be detrimental in the long run as companies may have to reconsider their investments in seed based R& D in the country due to current uncertain environment. We certainly hope that the government will reconsider the decision,” opined Dr Shivendra Bajaj – Executive Director, ABLE-AG.

Clearly not agreeing with that, the National Seeds Association of India (NSAI) is of the view that the government’s decision will benefit farmers and is in the right spirit. It feels that MMB has already earned a good sum through charging royalty at a higher rate. According to the NSAI’s calculations, MMBL collected Rs.4,479 crore in royalty between 2005-06 and 2014-15.

2002: Bollgard cotton became the first biotech crop technology approved for commercialization in India in More than 6 million farmers adopted the technology on their farms.

2003: Monsanto introduced a second-generation trait product in cotton with Bollgard® II insect-protected cotton in  The product provides farmers with the same benefits as the original Bollgard product, as well as expanded protection against other cotton pests.

Will the judiciary intervene?

It all started when the group of eight companies; Prabhat Agri Biotech, Ajeet Seeds Limited, Kaveri Seeds, Ankur Seeds, Nuziveedu Seeds, Green Gold Seeds, Ram Agrigenetics and Amar Biotech decided not to pay trait value fixed over the transfer of Bt technology to Monsanto. Decision was based on their belief that earlier contract with Monsanto was no longer viable given the third party intervention in form of respective state governments who had issued price control orders. In the meantime, Monsanto India’s joint venture, Mahyco-Monsanto Biotech (MMB) which of course wasn’t amused at the developments, filed an arbitration petition before the Mumbai High Court for the alleged breach of contracts resulting in around Rs 400 crore payment dues.

The drastic reduction in trait fees can lead to severe financial losses for MMB, say sources.  It has now petitioned the Delhi High Court to quash certain provisions in the price control order, specifically those allowing the centre to determine royalty fees. The court heard the case on Wednesday and the next hearing is on March 23, 2016.

From the past experiences it is clear that the mistrust will further deepen this wedge which is not so good news for Indian agriculture sector in general and wider agri- biotech in particular. Given the larger stakes involving seed industry, and farming community, the harmonious collaborative efforts between technology developer and seed companies is very important.

However, from another angle it presents a good opportunity to Indian companies to save on royalties and invest in research and development. At the same time Monsanto has to understand that its image has suffered a dent and the wider public perception is against it. It should start a dialogue with Indian companies and look at a bigger picture involving multiple opportunities and not just the money. While the intellectual property issues raised by it are debatable yet it cannot ignore the fact that huge royalties have been already earned by the seeds giant.

We will keep reporting as in when the next story unfolds…

India, a prominent player in the APAC gene editing market

COVID-19 shouldn’t deter us from goal to eliminate TB by 2025, says govt

Rahul Koul - September 5, 2019
552
Mentioned Dr Alok Roy, Chairman, Medica Group of Hospitals in an exclusive interaction with the BioVoice where he shared his views on the issues surrounding healthcare sector in India.................