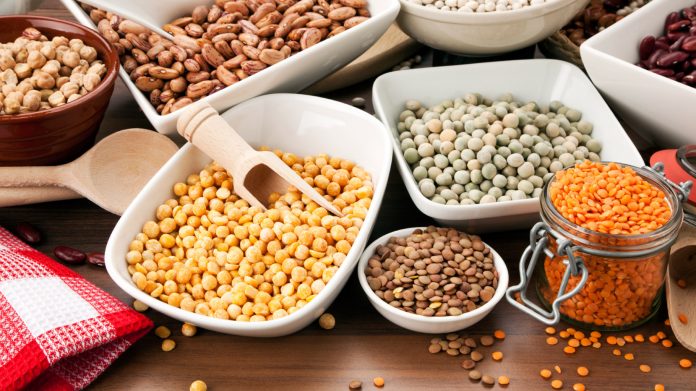 As regards oilseeds, the Minister said that the ICAR is having research programmes for nine annual oilseeds crops at four commodity based research institutes. The Minister pointed out that there has been a technological breakthrough in oilseeds and a number of climate resilient high yielding varieties/hybrids of oilseeds has been notified for cultivation and increasing the productivity. He was confident that by adopting the already available technologies yield of nine oilseeds crops could be increased.

Mr Singh informed the Members that India has a number of oil yielding species of plant origin which include the nine annuals, two perennials (oil palm and coconut) and some minor oil bearing species of forest and tree origin.

Among the nine annual oilseed crops, groundnut, rapeseed-mustard, soybean, sunflower, sesame, Niger and safflower are used for edible purpose and castor and linseed are the non-edible vegetable oil.

Soybean contributes largest (36 percent) to the total oilseed production followed by groundnut, rapeseed- mustard, castor, sesame, sunflower, linseed, safflower and Niger. India is the largest producer of castor and dominates in global castor oil trade. The growth rate of edible oil consumption has increased at 4.3 percent while the annual oilseeds’ production increased at about 2.2 percent, thus necessitating the import of edible oils. The country has to import more than 50 percent of edible oil. Last year edible oils to the tune of Rs 69,717 crores were imported to meet the domestic demand.

The Minister said that in order to make country self sufficient in vegetable oil, the productivity enhancement programme for oilseeds may also require institutional and policy support in a campaign mode besides technological support from ICAR.

As regards pulses the Minister said that ICAR is engaged in development of high yielding varieties/hybrids and associated crop production and protection technologies of various pulse crops through coordination with Indian Institute of Pulse Research, Kanpur and participation of the State Agricultural Universities, State Departments of Agriculture and other Institutes. Technological breakthrough in pulses in terms of notification of high yielding and pest/disease tolerant crop varieties/hybrids has been achieved.

At the farmers’ fields, the frontline demonstrations (FLDs) on pulses recorded productivity gap of 15 percent due to non-adoption of improved variety of pulses and up to 34 percent due to non-adoption of the whole package of technology. It is estimated that by bridging this whole package productivity gap of 34 percent at the farmers’ fields, the national pulses production can be increased from 17.62 mt (average of triennium ending 2015-16) to 23.61 mt without bringing any additional area under them and that would be enough to make the country self-sufficient in pulses for the time being. The Minister said that it is proposed to cover 500 kvks through field demonstration for increasing pulses cultivation from the earlier 400 Kvks. The Minister also said that 100 seed hubs have been sanctioned for breeder seeds.

The Minister said that in order to reach self-sufficiency by the year 2025 productivity per hectare needs to be enhanced to about 1000 kg per hectare. A road map to achieve production of 20 mt pulses in 2016-17, 21 mt in 2017-18 and 24 mt in 2020-21 as against 16.47 mt production in 2015-16 has been envisaged with a comprehensive action plan under centrally sponsored scheme of National Food Security Mission (NFSM).

It may be recalled that pulses production registered a remarkable increase from 14.76 million tons (mt) in 2007-08 to a record level of 19.25 mt in 2013-14. This could be possible due to a cumulative effect of scientific interventions in the form of development of new varieties & technologies, good weather conditions and policy support. However during the last two years, there was a decline in production, mainly due to climate adversities. In 2014-15, the production was recorded at 17.15 mt while during 2015-16 it was 16.47 million tons, well short of the current domestic requirement of about 22 mt., as a result, 5.80 mt of pulses worth Rs 18000. crores were imported during 2015-16. Intervening in the discussion the Minister explained that the para-meters for drought relief under National Disaster Relief Fund have been changed but it is for the States to send a memorandum for seeking drought reliefs. The minister also emphasized the need for greater mechanization in harvesting of pulses and oilseeds to prevent harvest loss.

Members cutting across party lines complimented the Minister for the new thrust on farmers’ welfare and the steps being taken by the NDA government to increase agricultural production especially in pulses and oilseeds.