New Delhi: The tobacco industry “should not violate any rule prevailing as of today,” the two-judge bench of the Supreme court of India said, and added that the Karnataka high court should hear all pleas challenging the new rules. Last month, Indian tobacco companies, some backed by foreign “Big Tobacco”, shut down production in protest against requirements that 85 per cent of a cigarette pack’s surface be covered in health warnings, up from 20 per cent.

India has been praised because of the proven cost-effectiveness of graphic health warnings and because of the example its decisive action would set for other countries. India is home to the largest youth population in the world, but she will only realize her potential demographic dividend if she can protect her citizens from suffering from disease and premature death during what should be their most productive years. Currently, there are one million premature tobacco-related deaths in India every year and anannual health cost of $22.4 billion. India’s youth face the highest (and increasing) rates of oral cancer in the world. The death clock ticks relentlessly. 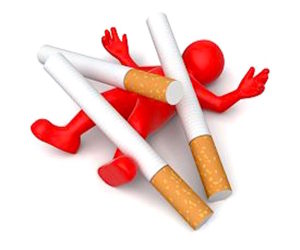 Graphic health warnings sound a ringing alarm each time a tobacco user – whether current or prospective – reaches for that tobacco pack. The images warn of the imminent and real danger of using the product, replacing the glamorous and misleading images of Marlboro men and Bollywood divas that the tobacco industry seeks to peddle. These images empower individuals to make a more informed choice about what they are doing to themselves and others when they use tobacco.

The Ministry of Health and Family Welfare has been working closely withVital Strategies, global experts who partner with governments to improve the health and well-being of the people, to generate mass awareness around the adverse impact of tobacco consumption, especially in the form of cigarettes. Vital Strategies has been the brain behind the Ministry’s Graphic Health Warnings campaigns like Baby Alive and Tears You Apart.

Dr Nandita Murukutla, India Country Director, Vital Strategies said: “With the implementation of 85% Graphic Health Warnings (GHWs) on tobacco packaging, India has shown itself to be a true global leader in ensuring that current or prospective tobacco users are warned of the imminent and real danger of using tobacco, each time they reach for a tobacco pack. These images empower individuals to think twice and make a more informed choice about what they are doing to themselves and others when they use tobacco. The tobacco industry knows this, which is why it’s against governments implementing large GHWs in India or any other country – interfering in the implementation of good, proven public policy. The tobacco industry’s decision not to turn up for the Supreme Court hearing on 3 May is a typical delaying tactic.

A new social media campaign is raising awareness about why it’s so important that large GHWs are enforced, with the https://tobaccokills.co.in microsite including Death and Profit clocks that show the alarming cost of tobacco in India in real time.

Every 32 seconds tobacco claims another life, while the tobacco industry makes billions in profits every day. At present, the Death clock shows that tobacco has caused a little over 10 lakh deaths since April 1, 2015, when GHWs were initially due to come into force. Indians are really engaging with this issue and supporting GHWs; the social media campaign has already reached over 2 million people through an online flashmob (Thunderclap) that supports the immediate enforcement of 85% GHWs.”