New Delhi: Hindustan Medical Devices (HMD), country’s leading manufacturer of medical devices and one of the world’s largest manufacturer of AD syringes, was today conferred the “Make in India Initiative Company of the Year” award at the 6th MT India Healthcare Awards 2016 – India’s most authoritative awards for promising  hospitals , doctors, brands and  leaders of healthcare.

The verdict was based on the profile, assessment of HMD’s achievements and visions, comprehensive online research, customer reviews and patient satisfaction by research conducted by Medgate Today – India’s top and world’s foremost magazine in medical and healthcare. The recommendation from the eminent panel of jury was the deciding factor for the winning ticket. 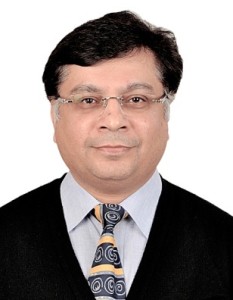 “We are honoured and we are humbled and we will continue to work towards making ‘Make in India’ a resounding success,” said Mr Rajiv Nath, Joint Managing Director, HMD, on receiving the award.

“India can become a global manufacturing hub for medical devices if nurtured with care and supported with proper regulatory support,” added Mr Nath.

Mr Rajiv Nath also happens to be the Forum Coordinator and Secretary of Association of Indian Medical Device Industry (AiMeD), the national body of domestic medical device manufacturers.  Given India’s humungous import dependency and loss of quality jobs within country due to this situation, Mr Nath  has been engaging with the Government on bringing around policies to create vibrant eco-system for ‘Make in India’ of medical devices. These include tariff correction, business viability policies, and appropriate regulatory regime to ensure patient safety while also allowing Indian Medical device manufacturers to prove their credibility.

Other important initiatives include advocating – Buy Indian – the preferential market access policy to fight Chinese Govt subsidised competition especially for those devices covered under FTA, creating UdaiMED – a forum for users, developers, academia and industry to interface with the Government. Mr Nath is now actively pushing for a Medical Device Import Substitution Council – the first of its kind under a proposed Ministry of Life Sciences or of Healthcare Products, so that consumers benefit from lower healthcare cost while domestic manufacturing gets a boost.