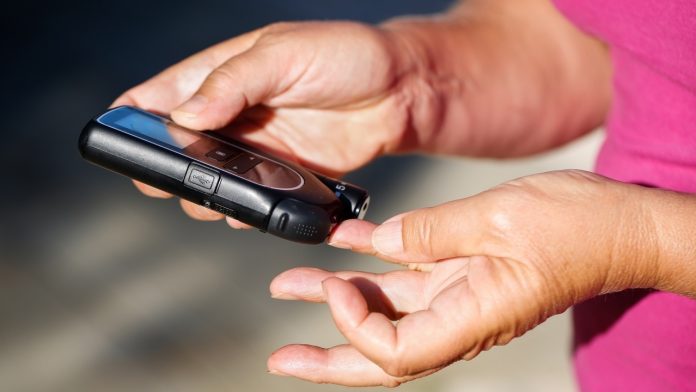 New Delhi: Diabetes is one of the common Non-Communicable Diseases. Indian Council of Medical Research (ICMR) has informed that according to the International Diabetes Federation (IDF) Diabetes Atlas, 7th Edition, the prevalence of diabetes in India is 69.2 million in 2015.

“ICMR has undertaken a study on diabetes viz. ICMR India Diabetes (ICMR-INDAB) Study on the prevalence of diabetes. It is an ongoing study and current results available from 15 States/UTs indicate overall prevalence of Diabetes which varies from 4 percent to 13 percent,” stated the Minister of State (Health and Family Welfare), Mr Faggan Singh Kulaste stated in a written reply in the Parliament on February 07, 2017.

While Health is a State Subject, the Central Government supplements the efforts of State/UT Governments to create awareness and provide health care facilities. Government of India is implementing National Programme for Prevention and Control of Cancer, Diabetes, Cardiovascular Diseases and Stroke (NPCDCS) for interventions up to District level under the National Health Mission. It has focus on awareness generation for behaviour and life-style changes, screening and early diagnosis of persons with high level of risk factors and their treatment and referral (if required) to higher facilities for appropriate management for Non- communicable Diseases including Diabetes. Under NPCDCS, diagnosis and treatment facilities for Diabetes are provided through different levels of healthcare by setting up NCD Clinics in District Hospitals and Community Health Centres (CHCs). Endocrinology is one of the major focus area for new AIIMS and many other institutions upgraded under Pradhan Mantri Swasthya Suraksha Yojna. Free or subsidised treatment of Diabetes is also available at many Central and State Government Health Care Facilities. The Government of India, under NHM, also supplements the efforts of the States for free diagnostics and drug initiatives, as per the Programme Implementation Plan of the States.

In order to leverage mobile technology, an application called mDiabetes has been launched to generate awareness, promote adherence to treatment and inculcate healthy habits among the masses.

Several awareness initiatives have been undertaken by the Government including observance of World Diabetes Day, organising of screening for major NCDs including blood pressure and major awareness events at occasions such as the India International Trade Fair (IITF), Delhi and use of print, electronic and social media, etc. In addition NPCDCS supports awareness generation activities to be undertaken by the States.