Bangalore: The Indian biotech ecosystem is booming with 1022 companies and over $2.8 billion (Rs 18,700 crore) investments in five years from 2012 to 2016, according to a study, “India’s Biotech Start-Ups Ecosystem” by the Association of Biotechnology Led Enterprises (ABLE).

Bangalore is the biotech start-up capital of India hosting 190 of the 1022 biotech start-ups formed in the last five years. National Capital Region (NCR) ranks second with 164 startups followed closely by Mumbai (163) and Hyderabad (160).

“This is good news and we are aiming to double this number with the ABLE Start-Ups 2020 initiative to take the count to 2020 companies by the year 2020 and $5 billion of investments,” said Dr PM Murali, president, ABLE and CEO, Evolva India. 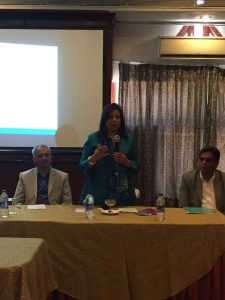 “ABLE takes pride in initiating a ‘mentoring’ cell of senior industry leaders to guide the next generation of biotech entrepreneurs and create the world’s most vibrant biotech ecosystem in India,” added Dr Kiran Mazumdar-Shaw, honorary chairman, ABLE and CMD, Biocon. Many senior ABLE members are already mentoring start-ups in their individual capacities so far and these efforts will be further strengthened.

The ABLE study on “India’s Biotech Start-ups Ecosystem” found that over 3,000 new entrepreneurs have joined the ecosystem and at least a third of them are women entrepreneurs.

According to the study, private equity investments into these companies totaled around $2.6 billion and the balance came from own investments, government grants, and others like HNIs. Year 2015 was the best one attracting $851 million.

The BioPharma sector continues to dominate the industry, accounting for 57 percent share of the companies formed followed by BioResearch (16%), BioAgri (10%), and BioIndustrial (9%). Overall nearly 40 percent of the companies were involved in the manufacture of products and ingredients. About 16 percent start-ups were each into medical health instruments/appliances and R&D services respectively.

The study was done by ABLE’s in-house research team sifting through voluminous data on company formation from ROC databases. This is the first such study to map India’s biotech start-ups ecosystem. ABLE will soon be releasing more such studies on various other aspects of India’s $40 billion BioEconomy.