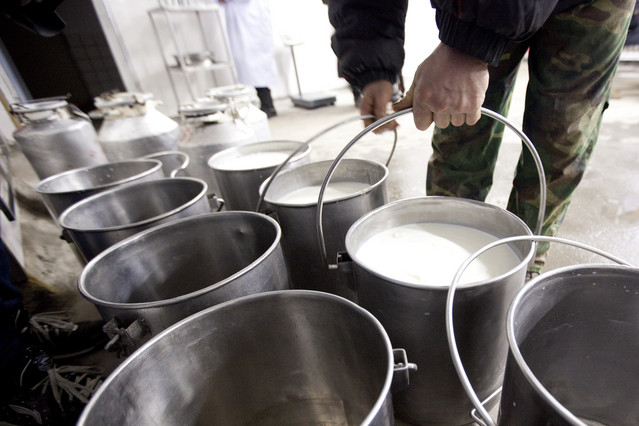 Union Agriculture and Farmers Welfare Minister, Mr Radha Mohan Singh while speaking at the conference of stakeholders related to dairy industry in National Dairy Development Board, informed that owing to the enhancement in milk production the availability of milk statistics based on daily basis per capita with the existing level of 337 gram is likely to go up 500 gram daily by the year 2021-22. A sum of Rs 2242 crore will be incurred on this scheme. Mr Singh said that it is also very much imperative to create awareness and to improve veterinary services.

Mr Radha Mohan Singh said that India ranks first in milk production in the world for last fifteen years and credit for this goes to the small milk producers. Agriculture Minister added that demand of milk and milk made products is increasing and it is likely to go up by 24 crore tonnes by the year 2025.

The Minister said that it is extremely necessary to utilize scientific outputs and sophisticated technique in dairy because there is no enhancement of milk productivity in spite of the availability of best species of bovines in India.

Mr Singh said that Ministry of Agriculture and Farmers Welfare has taken a number of steps to increase the production of milk in which Gokul Mission is very much prominent. Under this mission for the year 2014-15 to 2016-17 a provision of Rs 500 crore has been made. NDDB with the assistance of World Bank and Central Government has taken several measures under National Dairy Scheme Phase – I, a centrally sponsored scheme. It includes a genetic improvement among bovines, betterment of rural infrastructure in dairy and to provide better opportunities for milk vendors. The initiation of NDDB –I had been made in 14 states and at present it is being carried out in 18 states along with Jharkhand, Chattisgarh, Uttarakhand and Telangana.

Agriculture minister further added that an enhancement of more than 6 percent in milk production sector is necessary for a true development meant for this sector. In order to achieve this object, improved technologies, capacity building, marketing, scientific livestock management, knowhow related to milk production and better arrangement of loans is necessary so as to operate a dairy systematically and in a balanced way. Agriculture Minister opined that the youth and females are enjoying handsome employment opportunities in dairy sector. Mr Singh also said that by the year 2022 the income of the farmers is to be made as double and to achieve this target the dairy sector is to play a very important role.