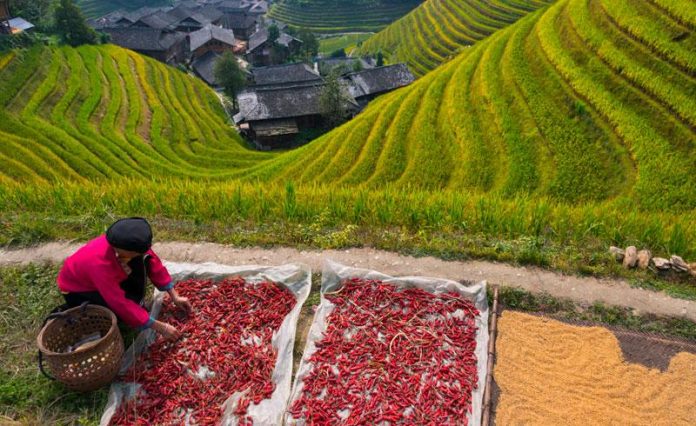 New Delhi: Agricultural biodiversity or agrobiodiversity is the foundation of sustainable agricultural development and is an essential natural resource to ensure current and future food and nutrition security. As the world faces challenges, such as global malnutrition, climate change, increasing agricultural productivity, reducing risk and increasing shrinking food security, we need everyone’s attention and concern for the conservation and use of these precious resources because they provide essential raw materials for our agricultural systems and peoples’ livelihoods.

In the above context, India is the perfect venue for the first-ever International Agrobiodiversity Congress as it is one of the most diverse countries in the world. The event being held at New Delhi, India, from 6-9 November, 2016, is expected to initiate and encourage a dialogue among relevant stakeholders including farmers to better understand everyone’s role in agrobiodiversity management and the conservation of genetic resources. 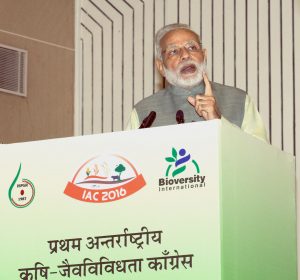 The Prime Minister of India, Mr Narendra Modi while inaugurating the Congress on November 6th, emphasized on the fact that biodiversity should not be only looked at from the perspectives of rules and regulations but in our consciousness too. “In the bio-centric world, humans are just a small part as the role of other living organisms like plants and animals is not lesser than us. Even the United Nations has accepted the role of civilizations and culture in achieving the Millennium Development Goals. We must work in tandem with nature and not forget that within agriculture too, there is culture.” mentioned PM Modi.

The Congress will provoke discussion and knowledge-sharing on issues for the effective and efficient management of genebanks; science-led innovations in the field of genetic resources; livelihood, food and nutrition security though crop diversification, including use of lesser known crops and the role of crop wild relatives in crop improvement; issues relating to quarantine, biosafety and biosecurity; and Intellectual Property Rights and Access and Benefit Sharing in the context of exchange of germplasm. To deliberate on the role of all the stakeholders in effective management and use of agrobiodiversity, a Public Forum has also been planned during the Congress.

Co-organized by the Indian Society of Plant Genetic Resources and Bioversity International, a CGIAR Research Center headquartered in Rome, Italy, International Agrobiodiversity Congress received support from many Indian and international organisations engaged in the conservation and use of genetic resources.

The India Society of Plant Genetic Resources was founded in 1987 as a multidisciplinary scientific body to provide a forum to all those interested in plant genetic resources to express their views, publish their findings and interact with different stakeholders.