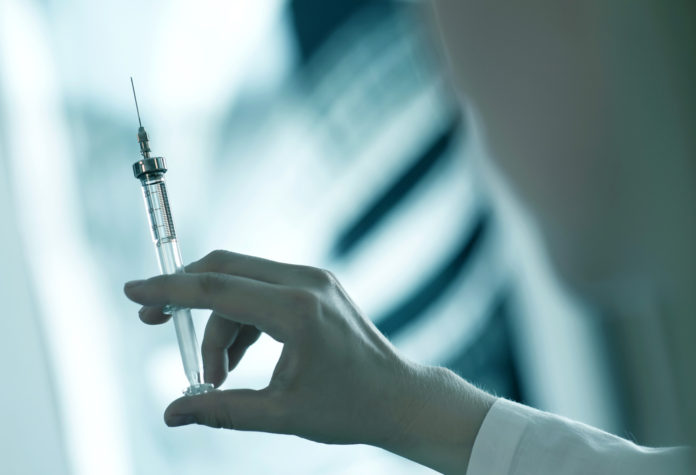 Mumbai: Safe Point India, a frontline not-for profit society working in the field of public health and safety, has lauded and fully endorsed the WHO’s and Government of India’s noble initiative to eliminate viral Hepatitis by 2030 by launching Global Safe Injection Campaign. It is especially happy to note the acknowledgement of the role that safe injections can play in eliminating a health scourge that claims over 3,50,000 lives each year globally and is the number two communicable disease killer of human lives after tuberculosis.

On World Hepatitis Day, India became one of the first countries to join WHO’s Safe Injection Campaign which is integral to eliminating strategy of hepatitis by 2030. As per WHO, 33% of Hepatitis B and 42% of Hepatitis C cases are attributed to unsafe injections! It may also be noted that in the South-East Asia Region, viral hepatitis is driving rates of liver cancer and cirrhosis, and is causing premature death and disease with over 100 million people chronically infected with hepatitis B and hepatitis C.

Government of India on the World Hepatitis Day committed to renew the effort to eliminate unsafe injections and has announced 3-year transition time for manufacturers to phase out standard disposable syringes and switch to auto disable syringes and safety syringes as part of hepatitis elimination intervention strategy.

“Injections should be life giver, not life taker and prevention is always better than cure. Sadly, as pointed out by WHO, nearly 33 percent of Hepatitis B and 42 percent of Hepatitis C are attributed to unsafe injections. Unsafe injections mostly in the form of reuse of safety injections continues to be a serious threat to life of patients and health workers, casting shadows over public healthcare and immunization programs while raising individual and national healthcare cost burden,” said Mr Rajiv Nath, Project Director and Trustee, Safe Point India, a frontline not-for-profit society working in the field of public health and safety.

“I am especially happy to note that safe injections along with vaccination and better access to healthcare has been now been officially endorsed as key to eliminating a major public health scourge. Swach Bharat Campaign for addressing Hepatitis A & E and a Swach Injection Abhiyan has long been needed for addressing Hepatitis B&C for ensuring Clean Healthcare and Clean Needles.  This will not only ensure better health to common Indians but would also bring in great savings in terms of public health spending in the long run,” added Mr Nath.

“For WHO to hold its Global Conference in India and the presence of Mr Amitabh Bachan as the Brand Ambassador to lead the campaign to decimate Hepatitis by 2030 is indicative of the importance of the issue. Globally 400 million persons (approx 40 million in India) are estimated to be infected by Hepatitis and WHO estimates that 95% patients are unaware that they are infected as Hepatitis C is a slow killer .Such a campaign would be relatively lower cost but concomitant benefits in terms of health, safety and hidden savings in saving lives or loss from income due to extra days on a hospital bed or taxpayers money in treatment costs, would be humungous.

According to a WHO study, for every 1$ (67) invested in injection safety, savings are to the tune of over 14 $ (938₹) in hidden cost of public healthcare spending for treatment of ailments.

This is substantial and to correlate one can compare with another WHO study – every 1$ invested in immunisation has been resulting in 16$ savings to a Nation. Prevention is far less cost than Cure.

“We fully laud WHO and Government of India’s initiative and determination to eliminate viral hepatitis by 2030. Hepatitis remains a major public health scourge in India. Its not only a killer disease but also severely impairs quality of life besides causing heavy financial burden on infected who mostly happens to be from the poor strata of society. This is a great initiative which has our full support and endorsement,” said Mr Pradeep Sareen, Marketing Head of HMD, Hindustan Syringes & Medical Devices, makers of the renowned DISPOVAN disposable syringes and also of Kojak AutoDisable syringes. “Yes it means a lot of efforts and investments to upgrade our technology and shift of capacities from STD disposable to Auto Disable syringes for the curative injections but we appreciate the need for this change in the interest of patient safety. And we have the experience as we are the leading supplier Globally of AutoDisable Syringes both for immunisation and therapeutic injections “he explained, when queried on the threat to their business.”At a meeting recently called by DGHS with us manufacturers we had requested for phased implementation plan to allow for smooth transition “he added.

Mr Nath informed that a number of pilot projects on injection safety would be undertaken by GoI and WHO starting from Punjab which has the highest incidence of Hepatitis C even though it is an affluent state possibly due to dangerous cocktail of drug abuse and unsafe injection practices . The other states reported with high incidence of Hepatitis C are Haryana, North Eastern States and coastal areas of Andhra Pradesh and Tamil Naidu.