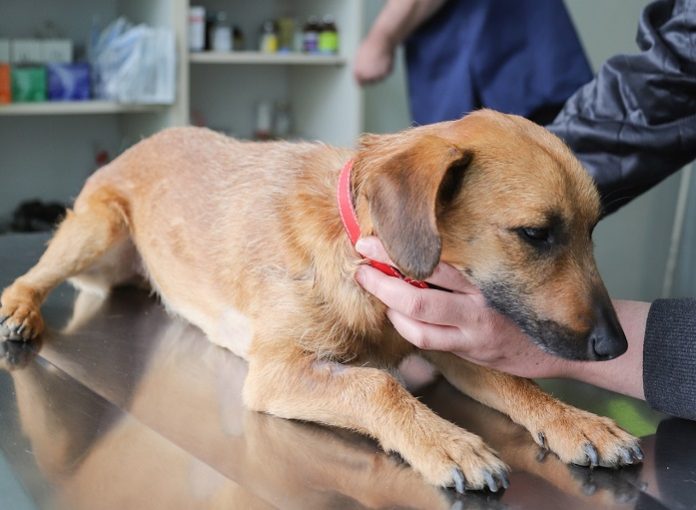 When thinking of the myriad diseases that humanity has to deal with, a rather glaring omission on most of these lists is often rabies. In fact, for many, rabies as a disease occupies some sort of insignificant mental entry, relegated away to something akin to a dog disease that is more or less inconsequential, let alone any cause for concern.

Acknowledging the challenges rabies poses – marred often by the lack of awareness people have about its symptoms and fatality for humans and animals alike – is of paramount importance. Rabies caused deaths are academically speculated to be around 60,000 worldwide every year. A number that is disproportionately dangerous for vulnerable and poor rural communities in Africa and Asia (nearly 95% of reported fatalities are from these continents). Nearly always fatal post-symptom appearance in humans (provided the closure of a small and unpredictable window of rabies post-exposure prophylaxis), once rabies takes hold, our state of the art medical systems find themselves engaged in quite an uphill battle.

There is, however, the age-old adage of prevention being better than cure. It stands that as far as rabies is concerned, prevention IS the best and often only tangible cure – even with newer, promising forms of vaccinations on the horizon. Transferred in a majority of cases by dog-bites – stray or domesticated notwithstanding – to humans, the elimination of rabies through mass vaccination of dogs is the only current way of procuring a rabies-free future. A future that everyone must pledge to commit to – both for our sakes, and that of our best friends. 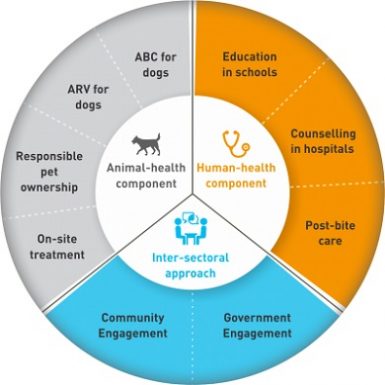 Facilitating and sustaining a positive, productive relationship between dogs and people, as well as enabling a healthy ecosystem where both flourish is the only multifaceted approach that can produce favourable results the quickest, as well as pave the way ahead. This would require involvement at all levels – the government, animal protection groups and the community itself – to form a unified front against the challenges of rabies. A front that prioritizes both education and awareness, as well as actual practical change.

Underpinning this change, of course, needs to be a mass Anti Rabies Vaccination push at frequent intervals for the stray and pet dogs in communal areas, as well as provisions of immediate post-bite treatment (through onsite first-aid stations) and administration of rabies shot to bitten individuals. An important aspect that often goes ignored is the sense of hostility and anger that can develop in communities and individuals towards stray dogs following these altercations. Not only should there be post-bite counselling to counter this, but through a coordinated governmental push, the incident(s) can be turned to an educational one – by means of informing children and adults alike of behaviours best suited to prevent bites, and thus rabies itself.

However, the fact remains that a lot of work remains to be done still – the endeavour is akin to a marathon, and not a short sprint. On World Rabies Day, 2017, the World Health Organization, the World Organisation for Animal Health, the Food and Agriculture Organization of the United Nations and the Global Alliance for Rabies Control joined forces and revealed an ambitious plan to end human deaths from dog-transmitted rabies by the year 2030. Three years hence, and now a mere decade away from seeing whether that goal manifests; if we keep the ‘hope’ along with actively contributing towards it – the possibility of rabies becoming a distant memory seems closer than ever. Along with our efforts to having the government commit to properly managed and exhaustive Anti-Rabies Vaccination pushes, in conjunction with structured Animal Birth Control (ABC) campaigns, not only is that possibility within grasp; it is nothing but certain. 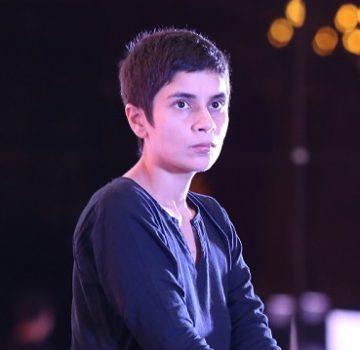 About Author: Varda Mehrotra is the Executive Director of the Federation of Indian Animal Protection Organisations (FIAPO), India’s apex animal protection organization, which runs the Rabies Free India programme to effectively address the Human-Dog conflict in the country.

*Views expressed by the author are her own and BioVoice may not necessarily subscribe to them.