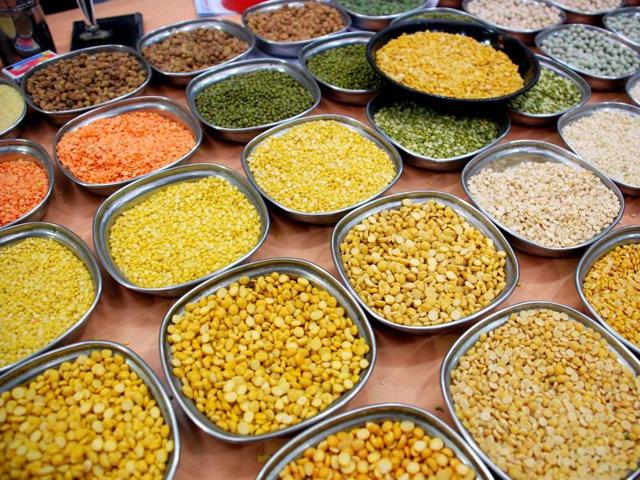 New Delhi: Union Agriculture Minister, Mr Radha Mohan Singh has said that for the first time, Government has made provision to ascertain the sale of pulses on support price for the farmers. Under this provision, wherever the market price of the pulses falls below the support price, the Government of India ascertain support price for the farmers. Apart from this, the Government has also decided to maintain a buffer stock of pulses to the extent of 20 lakh tonne so that people could be provided pulses are reasonable prices when market prices escalate. Mr Singh briefed this at the closing ceremony of International Pulses Year, 2016 in Agra recently.

The General Assembly of United Nations had decided to celebrate the year 2016 as International Pulses Year to make the common people aware of the nutritional properties in pulses.

Government of India has taken a number of measures for International Pulses Year, 2016 to increase the production and productivity of pulse crops in the country. For this purpose, the two Departments of Agriculture and Farmers Welfare and Indian Council of Agriculture Research and Agriculture have implemented an extensive course of action jointly under National Food Security Mission Project. Under this scheme, Government of India has laid down a target of 200 lakh tonne production for the year 2016-17, 210 lakh tonne for year 2017-18 and 240 lakh tonne for year 2020-21.

Minister said that “pulse seed hubs” are being established in State Agriculture Universities, Institutes of the Council and Agriculture Scientific Centres of major pulse producing States of the country. A target has been fixed to establish a total of 150 “Pulse Seed Hubs” from 2016-17 for increasing the availability of quality seeds for which a provision of Rs 225.31 crores has been made. Under this project, there is a target of 1.50 lakh quintal additional seed production per year. Each “Pulse Seed Hub” will produce a minimum of 1000 quintal quality seeds of pulse crops per year and supply it.