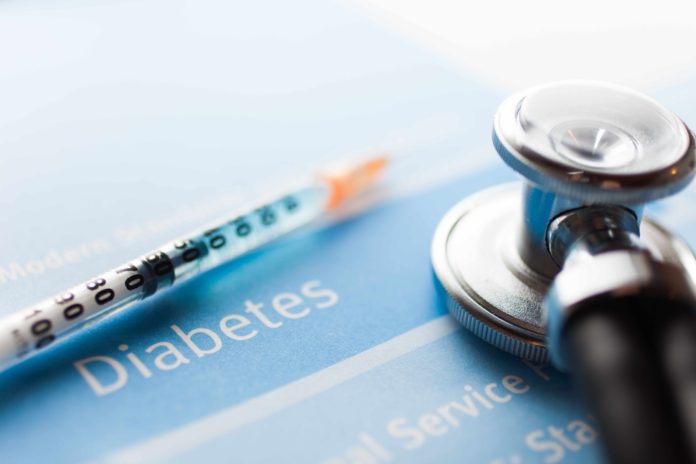 New Delhi: Concerned over the alarming rise of Diabetes cases in India, with Delhi having the highest number, ASSOCHAM has announced over 85 Diabetes screening camps to be held in the Capital city over the next 100 days. An ASSOCHAM study – Diabetes on the Rise in India – has found that 42.5% of Delhi’s population is Diabetic, followed by Mumbai, Ahmedabad, Bengaluru, Chennai. The study has also found that if changes of lifestyle and food habits are not made 125 million Indians are likely to become victims of Diabetes by 2035. Besides the cost burden imposed by the disease, the impact on quality of life and productivity of individuals is particularly severe, especially in later years. Recently WHO released findings that placed India among the top three countries with the highest number of Diabetes cases.

The ASSOCHAM study reveals that about 42.5% of Delhi population suffers from this disease, which in the case of Mumbai is estimated at 38.5% of its total population. In Ahmedabad 36% people are diabetic, in Bangalore 26.5% while in Chennai the percentage is estimated to be 24.5%. In Hyderabad and Kolkata, the number of diabetic patients is estimated at 22.6% and 19.7% of the total population respectively. Even in rural areas, people are increasingly becoming victims of Diabetes.

Timely screening and early identification of the disease can help the victim take immediate steps and improve the quality of life. To enable this, ASSOCHAM and its members, under CSR activities, are organizing a series of free medical camps in Delhi, where comprehensive check-up, counselling, diet plan and information on diabetes management is being made available to participants.

Speaking on the occasion, Mr D S Rawat, The Secretary General ASSOCHAM said, “Diabetes today is one of the biggest health threats to our country and immediate steps are needed to contain its spread. Our research has found that people procrastinate to take a screening test in the absence of any immediate symptoms of the disease. We at ASSOCHAM have therefore decided to take the process of screening to the doorsteps of the citizens by organising camps in Delhi.”

“As responsible citizens of the country, all of us need to come together and collectively work towards tackling this disease. We hope our initiative will set an example for the corporate India at large, to commit time and effort so that awareness and action can be taken to the disease,” he added.

Delhiites consume high amount of oil/ghee/butter in various cooked products. This has evidently increased the number of obesity and hypertension cases, giving a rise to number of diabetics. The ASSOCHAM findings have revealed that the increase in Diabetes cases among men grew by 25% while that among women made a whooping increase of 42%.

The number of Non-insulin Dependent Diabetics Mellitus (NIDDM) in India is estimated at 98%. The age brackets of 30-40 are living at higher risk levels of diabetes. Even those from the age bracket of 20-30s are observed to have increased by 28 per cent. Younger women in the age bracket of 30-35 having extra junk and sweet stuff that has also elevated the chances of diabetes in them.

ASSOCHAM Health committee warns that uncontrolled diabetes can affect various parts of the body which include blood vessels, heart, kidney, eye, food and nerves, and therefore advises adequate preventive measures need to be adopted to further control the spread of diabetics among Indian populace. There are an estimated 85 million people in India who are suffering from pre-diabetes. The pre-diabetes is a condition in which the patients have high blood glucose level but are not in the diabetes range. These people are at high risk of getting diabetes.

A diabetic is one of the most common non-communicable disease worldwide and a fourth leading causes of death in developed world. The paper has projected that the number of diabetic patients worldwide would go over 450 million by 2025 with a percentage increase of 150. The Paper concludes that larger intake of Vitamins such as Alpha-Lipoic Acid, Vitamin E, Vitamin B6, Vitamin B12 and Folic Acid will keep human populace off diabetics.

Among other remedial measures to keep off diabetes from human population can be through public-private partnership in health, aim is prevention and early reduction of disease, adds the paper. Around 55% of the study respondent fall under the age bracket of 20-29 years, followed by 30-39 years (26 per cent), 40-49 years (16 per cent), 50-59 years (2 per cent) and 60-69 years (approximately 1 per cent). The study was able to target private employees from 18 broad sectors, with maximum share contributed by employees from IT/ITes sector (17 per cent).

Employees working in engineering and telecom sector contributed 9% and 8% respectively in the questionnaire. Nearly 6% of the employees belonged from market research/KPO and media background each. Management, FMCG and Infrastructure sector employees share is 5% each, in the total study. Respondents from power and real estate sector contributed 4% each. Employees from education and food& beverages sector provided a share of 3% each. Advertising, manufacturing and textiles employees offered a share of 2% each in the study results.