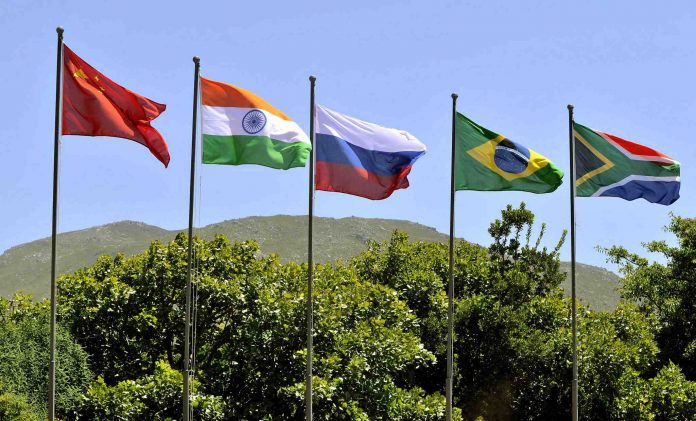 New Delhi: The Environment Ministers of BRICS countries are meeting on September 16, 2016 in Goa, to strengthen mutual cooperation. As the Minister of the Host Nation, Minister of State (Independent Charge) of Environment, Forest and Climate Change, Mr Anil Madhav Dave, is arriving in Goa today on September 14, 2016, to participate in the meeting. The meeting is expected to discuss Memorandum of Understanding and the Joint Working Group on environment.

The BRICS Ministers are also expected to discuss thematic areas of mutual interest and prioritise actions for cooperation in critical areas like air and water pollution, liquid and solid waste management, climate change and conservation of biodiversity. This meeting shall be preceded by discussions at official level.

Brazil, Russia, India, China and South Africa comprising BRICS block together accounts for 41.6 percent of global population, 29.31 percent of total world’s territory and about 22 percent of world’s total GDP. These nations have rich biodiversity and natural capital. The choices made by the BRICS countries have a global significance.

The meeting assumes significance after the adoption landmark global environmental agreements like Addis Ababa Action Agenda on Financing for Development, Sustainable Development Goals and Paris Agreement last year. It is one in a series of meetings being organized by various Central Government Ministries, in the run-up to BRICS Heads of States Summit in October 2016 at Goa, after India assumed BRICS Presidency this year from Russia. The meeting of BRICS Environment Ministers is being organized by the Ministry of Environment, Forest and Climate Change, Government of India.