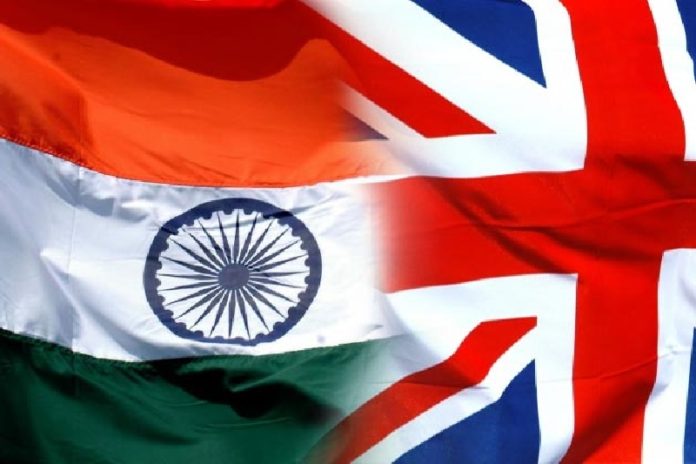 New Delhi: Union Minister for Science and Technology, Dr Harsh Vardhan led the Indian delegation at the 5th Indo-UK Science and Innovation Council Meeting (SIC) held at London earlier last week, co-chaired by Mr Jo Johnson, Minister of State for Universities and Science, UK. After the deliberations held at the event, Dr Harsh Vardhan stated that India and UK have agreed to work together in two major initiatives in the fields of Solar Energy and Nano Material Research, inter alia.

The SIC is the apex body which oversees the entire gamut of the India-UK science, technology and innovation cooperation and meets once in two years. The last meeting of the SIC was held in New Delhi in November 2014 during which both countries had launched the Newton-Bhabha Programme to support the bilateral Science & Technology cooperation.

In the area of life and health sciences, the Department of Biotechnology (DBT), India and the Biotechnology and Biological Sciences Research Council (BBSRC), UK have agreed to provide continued support to the virtual joint centers on Agricultural Nitrogen. The two agencies are also supporting research collaboration under Global Research Partnership in Aquaculture. In the area of health sciences, the focus is to address health needs of women and children.

Dr Harsh Vardhan informed that as a part of the commitment to the Solar Alliance, the India-UK networked Centre on Solar Energy would be established. It would be linked to India’s renewable energy mission and UK’s Supergens Programme. The research projects will focus on systems level design and development covering Solar energy generation, storage systems and grid integration particularly for micro–grid systems. India would be investing Rs 50 crores over a period of five years with matching contribution from Research Council UK (RCUK) under the Newton–Bhabha Programme.

Currently, the value of investment in Indo-UK research and development cooperation from multiple Indian and UK agencies exceeds 200 million pounds of co-funding. UK stands amongst the top three collaborating countries in science and technology with India.

As a result of this strengthening of the Indo-UK Science & Technology cooperation, the SIC announced access to Indian researchers to the Neutron Scattering facility of the UK’s Science and Technology Facilities Council (STFC) at Rutherford Appleton Laboratory, Oxford. This unique facility, based on the use of neutron scattering and muon spectroscopy, is a world class facility at Oxford to carry out fundamental research on understanding a wide range of matter at the fundamental level. This will help to enhance Indian capability to fabricate structures at Nano scale level for creating interesting and technologically important materials through research in fundamental science. As a part of the Nano mission program, the Department of Science & Technology would be investing Rs 26.5 crores.

Both nations have also agreed to address a gamut of societal challenges in the fields of food, energy and water security; health and well-being; smart cities and rapid urbanization with increasing access and sharing of expertise, resources and facilities. The cooperation is aimed to yield high quality and high impact research outputs having industrial relevance, targeted towards addressing societal needs.

In the field of Water Quality Research, the Department of Science and Technology(DST) and NERC-UK will initiate a collaborative research program to improve water quality in India.The program would address the problem of natural, geogenic contaminants such as arsenic and fluoride as well as man-made pollutants like pharmaceutical and personal care products increasingly being found in ground water.  This program is being developed to support implementation of the goals of the National Mission for Clean Ganga.

Further, both sides would work towards augmenting the India-UK Centre of Advanced Manufacturing through DST-RCUK cooperation linked to the Make in India Program and UK’s Catapult Centre program. The projects will be designed to deliver industry-relevant results that can be readily applied to current challenges in manufacturing supply chain.

Under the Newton-Bhabha Programme, the two sides have also agreed on a collaborative program on Energy Efficiency in Built Environment as a part of the Smart Cities mission. Both the countries have agreed on common research agenda focused on energy–efficient building envelop, low energy cooling and thermal comfort as well as energy efficient technologies for city and community level.

The Industrial R&D program was initiated in 2014 to support industry-led projects aimed to develop new Intellectual Property, technologies, processes and prototypes under the translation strand of the Newton-Bhabha Programme. In addition to the five ongoing projects, five new projects were identified for support in the areas of affordable health care, clean technology, electronic design and Internet of Things.

Besides the Newton-Bhabha Programme, the two countries have also been involved in promoting partnerships through the UK-India Education and Research Initiative(UKIERI). Acknowledging the success in building new scientific partnership through R&D projects and networking, the two governments concluded the implementation arrangement for the Phase III (2016-2021) of the UKIERI.