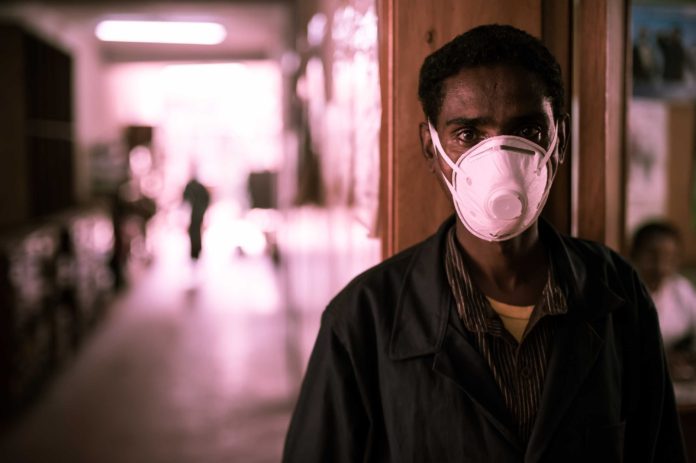 New Delhi: Members of Parliament, representatives from the Ministry of Health and Family Welfare, USAID, The Union and Civil Society Organisations met on August 8, 2016 in New Delhi in a consultation to discuss urgent need for united action against TB.

This meeting was a follow up session to the deliberations held last year, which recognized the need to build a sustained political response to eradicate TB in India. This year, the focus was to seek Parliamentarians commitment for the formation of an India TB Caucus, which would catalyse a truly robust and sustainable political response to this global disease. The meeting was chaired by Prof P J Kurien, Deputy Chairman, Rajya Sabha (Vice-Chairman, AFPPD Bangkok & Chairman, IAPPD) and attended by the Members of Parliament (both Rajya Sabha and Lok Sabha)  from the states including Bihar, Chhattisgarh, Gujarat, Himachal Pradesh, Jharkhand, Karnataka, Kerala, Maharashtra, Punjab, Rajasthan, Telengana, Uttrakhand and West Bengal. From the government Mr C K Misra, Secretary Health, MoHFW and Dr Sunil Khaparde, DDG TB, Central TB Division, MoHFW apprised the Members of Parliament on the TB situation in India and the effort being made by the government.

For many years, tuberculosis, and more recently MDR-TB, has imposed a significant physical, emotional and economic burden on patients, their families and the society. As per the WHO Global TB Report – 2015, the estimated number of MDR-TB cases in 2014 among notified pulmonary TB cases were 71,000. MDR-TB patients are put on treatment for at least two years and are required to take approximately 12,150 tablets during the course of the treatment. The strong drugs lead to multiple side effects like vomiting, joint pain, severe gastrointestinal problems, deafness, depression and suicidal tendencies. Also, stigma and lack of social support are a major challenge in treatment completion and hence increased awareness of the disease can help in  prevention, early detection, treatment and care.

Mr C K Misra, Secretary Health, MoHFW, GoI said, “TB is a time bomb that is ticking and is ready to explode. Access to quality treatment and reducing the incidence of TB and especially MDR-TB are areas that need to be addressed urgently. The government is working towards this by changing the treatment method to daily regimen starting in 104 districts in Maharashtra, Himachal Pradesh, Sikkim, Kerala and Bihar and will later be provided all over the country. Under the TB programme more than anything else, we need to forge partnerships to reach everyone. We look towards the honourable Members of Parliament gathered here to help create awareness about tuberculosis in their constituencies.’’

Prof P J Kurien, Deputy Chairman, Rajya Sabha noted, “Many people who have TB do not know they are suffering from this disease. The parliamentarians have a major role to play in the fight against TB, as they can reach out to people in their constituencies. United efforts in HIV prevention have reduced incidences and similar action is needed to win the battle against this age-old disease with greater speed.”

During the meeting the parliamentarians deliberated on key issues of treatment and what could be done to make India TB-Free.

Ms Kavita Ayyagari, Project Director, Challenge TB, The Union commented, “TB is the leading killer among infectious diseases in India. There is an urgent need for increased awareness and resources for TB in India. Call to Action is an effort to sensitise a wide range of stakeholders and raise domestic resources. We would like all parliamentarians to join us and make India TB Free.”