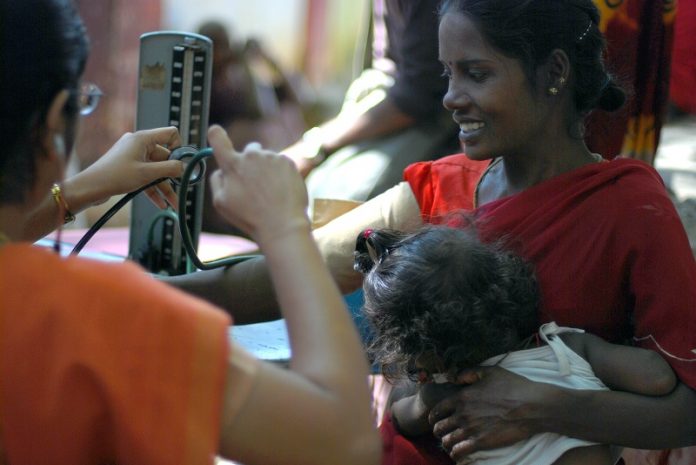 New Delhi: A new study published in ‘The Lancet’ shows good progress has been made around the world in achieving some of the UN agreed global health goals, including reducing childhood mortality, providing family planning and the rollout of universal healthcare. However, it also reveals that there are still challenges in meeting goals on domestic violence, alcohol consumption, domestic violence and reducing rates of HIV and Hep B.

India was rated in the bottom quarter of countries, with challenges related to childhood mortality rates, HIV and tuberculosis levels, air pollution and providing access to clean water. At the same time, India performed better for providing access to skilled birth care facilities and for its alcohol consumption rates.

The study funded by the Bill and Melinda Gates Foundation measured how countries, including India, Sri Lanka, Pakistan, Australia and China performed over the last 15 years with Iceland taking the top spot for its health related Sustainable Development Goal (SDG) performance.

Australia came in at number ten, the UK at number 5, the US at 28, Sri Lanka at 79, China at 92 and India at 143. Only 45 countries including Pakistan, Afghanistan and Papua New Guinea performed worse.

The SDGs are 17 universal goals, 169 targets, and 230 indicators set by the United Nations in 2015 to guide a range of pressing problems including food and water security, poverty, and climate change up to 2030. The SDGs are an offshoot of the Millennium Development Goals (MDGs), which were launched in 2000 with a target year of 2015. Health is at the core of the SDG with the third SDG aiming to “ensure healthy lives and promote wellbeing for all at all ages.”

The data focused on 33 health-related indicators to measure progress and created a SDG index with a rating from 0-100. India scored 42, whilst top place Iceland was awarded a rating of 85.

Professor Stephen Lim from the Institute for Health Metrics and Evaluation at the University of Washington led the research with the help of 1870 collaborators in 124 countries including Professor Bruce Neal and Professor Vivekanand Jha from The George Institute.

Professor Vivekanand Jha, the Executive Director of The George Institute in India, said: “India must gear up its response to improve the health and well-being of its people. The current review shows that we have done well  in the area of providing access to skilled birth care and therefore it is possible for us to meet the challenges identified if we  are able to prioritise and develop a plan of action around it. Let us hope that this serves as a wake-up call   and we give due attention to the areas of of public health that it deserves.“

The study was launched at a special event at the UN General Assembly in New York.