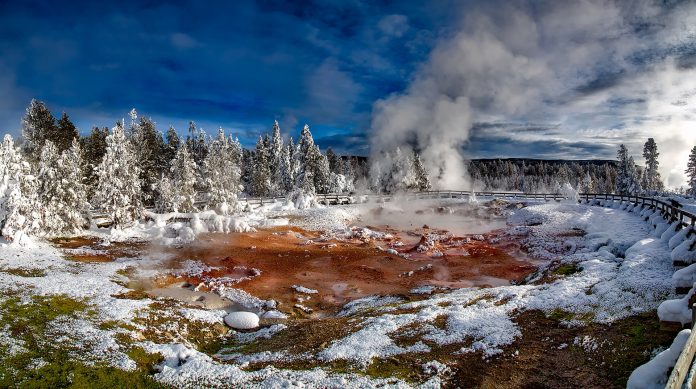 New Delhi: Hot springs are popular tourist spots and places of healing for many, but Indian scientists have discovered that they are also a great source of hardy bacteria that can be useful for many applications such as tackling oil spills. As natural extreme environments with water at very high temperature, hot springs are of special interest to scientists and those engaged in industrial research.

The study of living organisms like bacteria that survive in extreme conditions in hot springs is can throw up surprises. Scientists from Indian Institutes of Science Education and Research (IISER) Bhopal have studied bacterial samples drawn from hot springs at Anhoni (near Pachmarhi in Madhya Pradesh) and Tattapani (in Chhattisgarh) in central India. The Anhoni hot springs have a temperature between 43.5 to 55 degrees, and Tattapani has an extremely high temperature ranging between 61.5 to 98 degrees. They have uncovered microbial community in these hot springs and their results reveal presence of bacteria which can survive using hydrocarbons such as toluene, benzene and xylene at Anhoni. This means these bacteria can be used to control oil spills naturally, and also for other industrial applications.

“Future research on the bacteria from Anhoni can enable their utilization to address oil spills such as the one reported recently from Chennai which led to death of many marine animals and difficulties for the people living nearby. Bacteria isolated from Anhoni can be utilised to clear the oil naturally in case of such hazardous incidents,” explained Dr Vineet K Sharma, associate professor at the Department of Biological Sciences, IISER Bhopal, who led the study. Dr Sharma said, the presence of many thermophilic genes and enzymes observed at Tattapani hot springs could have industrial applications in processes which are carried out at high temperatures.

This study is the largest exploration of extreme environments in India carried out with seven distinct samples from three major hot springs. The complete genetic sequencing of these samples was carried out on using sophisticated sequencers and by analysing several billion bits of data with advanced computational tools.

This research was supported by the Center for Research on Environment and Sustainable Technologies at IISER Bhopal. Led by Dr Sharma, the study was carried out by doctoral students – Rituja Saxena, Darshan Dhakan,. Parul Mittal and Prashant Waikar. Dr Arundhuti Ghatak and Anirban Chowdhury from Department of Earth and Environmental Sciences at IISER analysed geological aspects of Anhoni hot springs. The study results appeared recently in scientific journal Frontiers of Microbiology. (India Science Wire)