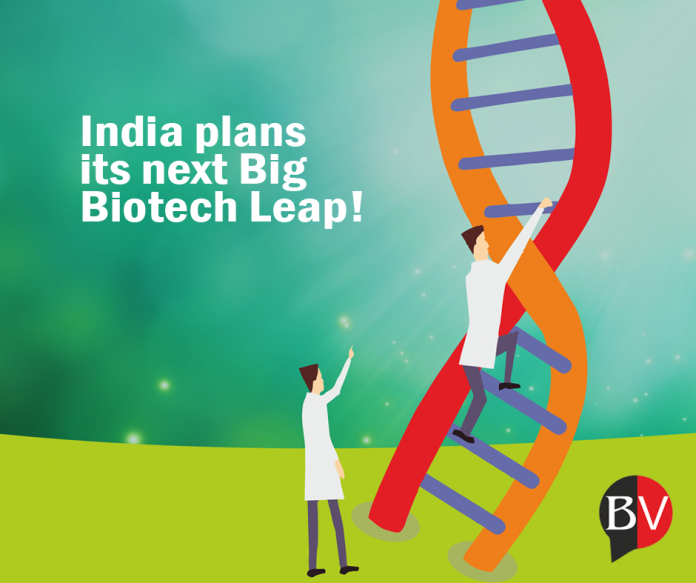 Despite being a comparatively smaller industry and an alien word to large chunk of Indian masses, the biotechnology still attracts praiseworthy words from policymakers and visionaries. Perhaps its direct connect with food and medicine makes the sector highly relevant to the human race especially when huge sea of challenges stand in way to future.

In this backdrop, the Indian Government’s Department of Biotechnology (DBT) has drafted a very ambitious strategy with the target to turn biotechnology into a US $100bn industry by 2025. The strategy aims to establish India as a world-class bio-manufacturing hub. It intends to launch a major mission, backed with significant investments, for the creation of new biotech products, create a strong infrastructure for R&D and commercialization, and empower India’s human resources scientifically and technologically.

Indigenous innovation but how?

“We sometimes have tendency to be self-critical to the extent of policy paralysis,” says Prof VijayRaghavan, Secretary, DBT pointing towards the fact that biotech startup landscape has grown in the country over the previous five years. He elaborates, “The changing ecosystem has been driven by several elements such as public funding agencies, angel funding and VC funding. We are more focused on research and innovation than ever before and it is yielding results. Our job is to be present at every stage of the innovation ecosystem so that we are in a position to support innovators by helping take their idea and proof-of-concept to the market. Institutions such as BIRAC are committed to promoting affordable innovation in key social sectors in order to achieve the larger goal and mission of an innovation-driven Indian Biotech enterprise.”

According to Dr Sarvajna Dwivedi, Global TiESilicon Valley, the immunotherapy, cell therapies and gene editing are huge opportunity areas that need to be capitalized. He calls for adoption of Indian model. “In our generation, in next 15-20 years, there will be huge unmet medical needs. There is a need to start a movement. The large extent of pharmacological work is on Western population. It might not work on the Indian population. Hence, we cannot afford Western model. “Swadeshi patents, Swadeshi biopharma is what we need,” he adds.

“India is known for its contribution to invention and innovation. There is a lot that Israel and India can learn from each other. After overseeing an entrepreneurial and innovation revolution in Israel, I am glad to be able to share our learnings and interact with budding entrepreneurs and innovators of India.”

Policymakers say that over the last 5 years, a foundation has been laid for an innovation driven biotech enterprise in the country. “The Government is keen on making India the pioneer of innovation. We have jumped 15 places in the Innovation Index and we are now on the way to continued growth in the innovation sphere,” says Mr Y S Chowdary, Minister of State for Science and Technology, “DBT’s National Biotech Development Strategy for 2015-2020 has defined the policy outline to achieve the next transition for the Indian biotechnology.”

Can’t do without an enabling ecosystem!

The best way forward to implement the strategy is to create a sustainable innovation ecosystem for budding and existing entrepreneurs. And how do we create that ecosystem? One expert calls it a mixture of knowledge, innovation and entrepreneurship. “You require good universities and basic infrastructure to create that ecosystem. Basic matter! It can’t be just talk but the freedom to think, convey and convert ideas,” he said. 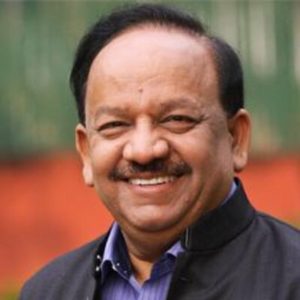 “Conviction, determination, truthfulness and madness defines entrepreneurship. The government is doing everything within its power to give Indian entrepreneurs a platform to take their ideas to the world and vie with the best”

“15,000 startups for 1.5 billion population is a tip of an iceberg. Out of that only 2000 startups in biotech with just 200 incubators. So, we need more fellowships, more incubation spaces,” stated Prof Ashutosh Sharma, Secretary, Department of Science and Technology who stressed on need to broaden basic innovation ecosystem.

“Conviction, determination, truthfulness and madness defines entrepreneurship,” opined Dr Harsh Vardhan, Union Minister for Science and Technology recently while attending the DBT’s Biotechnology Industry Research Assistance Council (BIRAC) Innovators Meet. Calling India as the land of innovations where large number of entrepreneurs and innovators are showcasing their ideas, Dr Vardhan said the government is trying to do its best. “As per the vision of the Prime Minister, this government is doing everything within its power to give Indian entrepreneurs a platform to take their ideas to the world and vie with the best.”

While no doubt this is the most opportune time for right people to grab the ideal ecosystem, at the same time the institutionalizing of funding system is highly required.

As per Dr Renu Swarup, Senior Advisor, DBT and Managing Director, BIRAC, “We are today ready to take the next leap. Today with over 500 Start ups and SME’s, 100 Entrepreneurs being a part of this ecosystem, we have nearly 50 products in different stages of development and commercialization. Our target is scaling this 10 times in the next 5 years. We are confident that with the enthusiasm we see in the community we can do this.”

“We are a nation of small startups,” says Mr Yigal Elrich, Founder, Chairman and Managing Partner, Yozma Group, Israel, “During 1985-92, the situation was different and there was market failure in Israel. Companies failed to take off. Government took few steps such as the appointment of Chief Scientist who was not directly involved with companies but helped streamline operations. The immigration from Russia opened up new knowledge opportunity. We created 24 incubators within a year. Since it thought that startups won’t make it due to shortage of funds, 85 percent of the cost was borne by Israeli government. The result of course was outstanding.” Mr Elrich, who is the founding father of the Israeli venture capital industry and one of the most prominent figures in the Israeli high-tech arena interacted with the investors and other participants in Indian biotech sector recently.

Mr Elrich believes that India is poised to become a major biotechnology hub in the world and sustained support is crucial. “The world changed after India gave it the zero,” he says, “India is known for its contribution to invention and innovation. There is a lot that Israel and India can learn from each other. After overseeing an entrepreneurial and innovation revolution in Israel, I am glad to be able to share our learnings and interact with budding entrepreneurs and innovators of India.”

In Indian context, the above key elements could be implemented in collaboration and partnership with other ministries, departments, state governments and international agencies. Be it the basic research, technology transfer or the product development, it could be taken forward based on the lines of PPPs in Europe where the focus in more on translation research.

“Quantum jump is what is required for this sector. India has got huge potential due to age bracket edge we have got. Investors should sometimes just think beyond profit/loss account. We have good infrastructure now in place at many places. Gap exists between R&D and companies grasping research output. We do have great institutions but we lack in cohesion. Need for clusters. We have to bridge the valley of death. Partnerships a major way out,” Mr Y S Chowdhary points out. And we wouldn’t agree more.

“Our job is to be present at every stage of the innovation ecosystem so that we are in a position to support innovators by helping take their idea and proof-of-concept to the market.”

Therefore, government must launch four major missions in healthcare, food and nutrition, clean energy and education. Create a technology development and translation network across India with global partnerships. Ensure strategic and focused investment in building human capital by setting up a Life Sciences and Biotechnology Education Council. Besides that, the Israel’s experience tells us that government must create an innovative capital fund.

Dr Ajoy Kumar, a political leader and head of one of the prominent clinical research organization, has a different perspective on the issue. He feels there should be a separate ministry for biotechnology in India. “Since the DBT is a politically unimportant department, the attention is lesser comparatively. We need a separate biotechnology ministry with a dedicated minister to streamline the regulatory clearances which currently are being managed by multiple ministries.” The matter of course is debatable but doesn’t seem to be even impossible given the way India has listed the sector on the host list of favorites.

Experts across the table agree that biotechnology and medical innovations have got huge potential in the longer run. Now, having made its foundation stronger, the Indian industry’s next step is to scale up its business enterprises. India can achieve success by putting in place right ingredients. The favorable environment to budding researchers and conversion of innovations into products can be the quickest of them all. While there are assurances and statistics, it goes without saying, the words in policy rooms have to translate into more action.

The key elements of the India’s National Biotechnology Development Strategy 2015-20: